This fall, trap heavyweight UZ will head out on a North American tour to promote his upcoming collaboration with Montell2099 entitled ‘UNDERGRND‘. Spanning the month of September, the tour of the same name will make ten stops, including special guest spots from Montell2099 in Chicago, San Francisco and Vancouver.

The masked performer UZ has built up quite a name for himself as one of the earliest anonymous performers in the industry. While many have followed his lead as far as anonymity goes, his ability to assault dance floors with his unique brand of aggressively hard trap is second to none. Going strong for more than five years now, UZ plays no games during his set, and the UNDERGRND Tour will be no different. ‘UNDERGRND’ is set to release on his own record label Quality Goods Records on August 24th, just in time for you to familiarize yourself with the track before he drops it on this tour.

You can check out the rest of the tour stops below, and make sure to buy your tickets here. 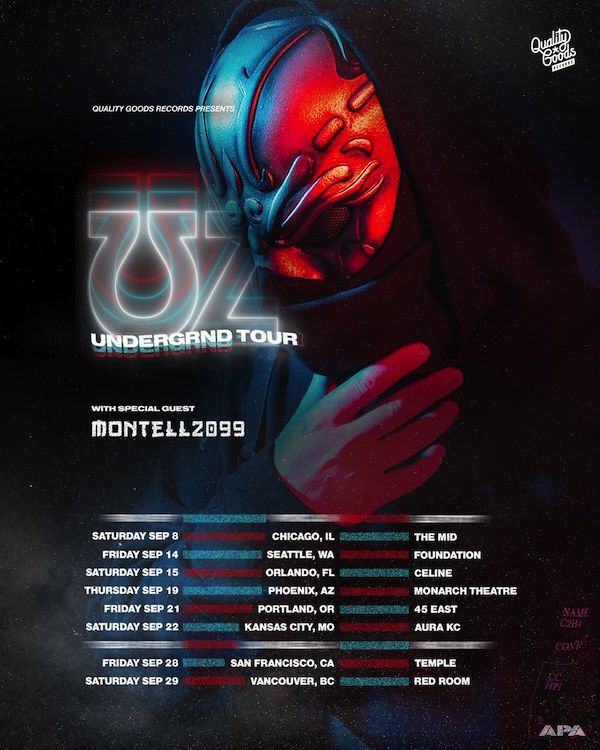