While he just concluded the Asia leg of his ‘Beautiful Things‘ World Tour, it seems there is no rest for Chris Emerson, otherwise known as What So Not. After finishing what seemed like the entirety of a long and grueling world tour, Emerson, who also goes by Emoh Instead, has just announced a second leg of his North American tour.

Making stops in 16 cities, What So Not will share his brand new Not All the Beautiful Things album with those who did not get the chance to see the magic on the first leg. On the first leg he brought along his exceptional new live show, featuring himself on drum pads as well as occasional live guitar and vocals to perform songs from his new album, as well as his past classics.

Among the standout dates on the new tour announcement are his appearance at Lollapalooza Chicago, along with a Saturday afterparty that will precede his set on Sunday at the festival. Additionally he will play at Colorado’s Red Rocks Ampitheatre, Mad Decent Block Party in Brooklyn, and Life is Beautiful Festival in Las Vegas. Take a look at the rest of the dates on the tour below, and make sure to grab tickets on his website. 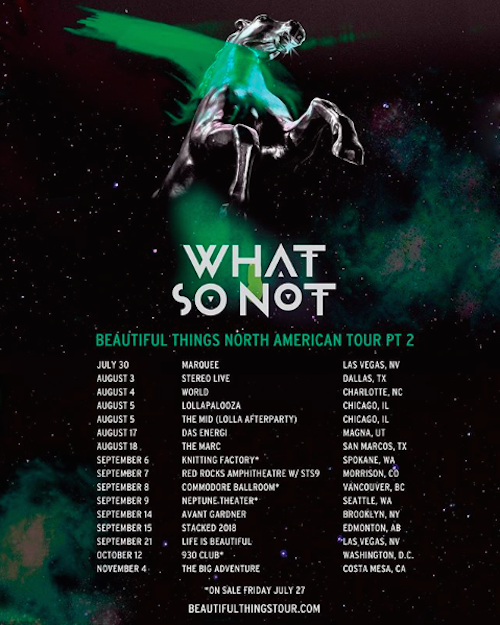