When world-renowned DJ and producer Avicii died in April 2018, the entire world stopped in shock, and clamored for answers. Despite known health problems and mental illness captured in his chilling documentary True Stories, it was believed that Tim Bergling was overcoming his demons and working happily away at new music after quitting touring two years earlier. Recently in the Swedish podcast Värvet, Bergling’s step-father Tommy Körberg blames the touring lifestyle and particularly Avicii’s manager Ash Pournouri for his death.

On the podcast, Pournouri is directly shamed for the role Körberg believes he played in Avicii’s death.

“If he had a professional artist company, he would be alive today. When greed and stupidity go hand in hand, anything can happen, especially unfortunate things. There is no wicked damn man who records 900 gigs in eight years”

In the True Stories documentary, Pournouri actually says the words “he will drop dead” about the interviews, radio tours and touring Avicii was doing. Tommy Körberg believes it was this attitude that eventually led to Tim’s decline.

Defending himself upon hearing these remarks Pournouri had this to say

“Such a statement shows that it was based on the most limited impression of me and did not know the circumstances or him correctly…It’s a categorical statement from a person who has not participated in our work process or team, which draws a personal and wrong conclusion about my and Tim’s relationship, cooperation and his death.”

Indeed, immediately after Avicii died Ash posted the followiung statement on Instagram and Facebook before taking it down: 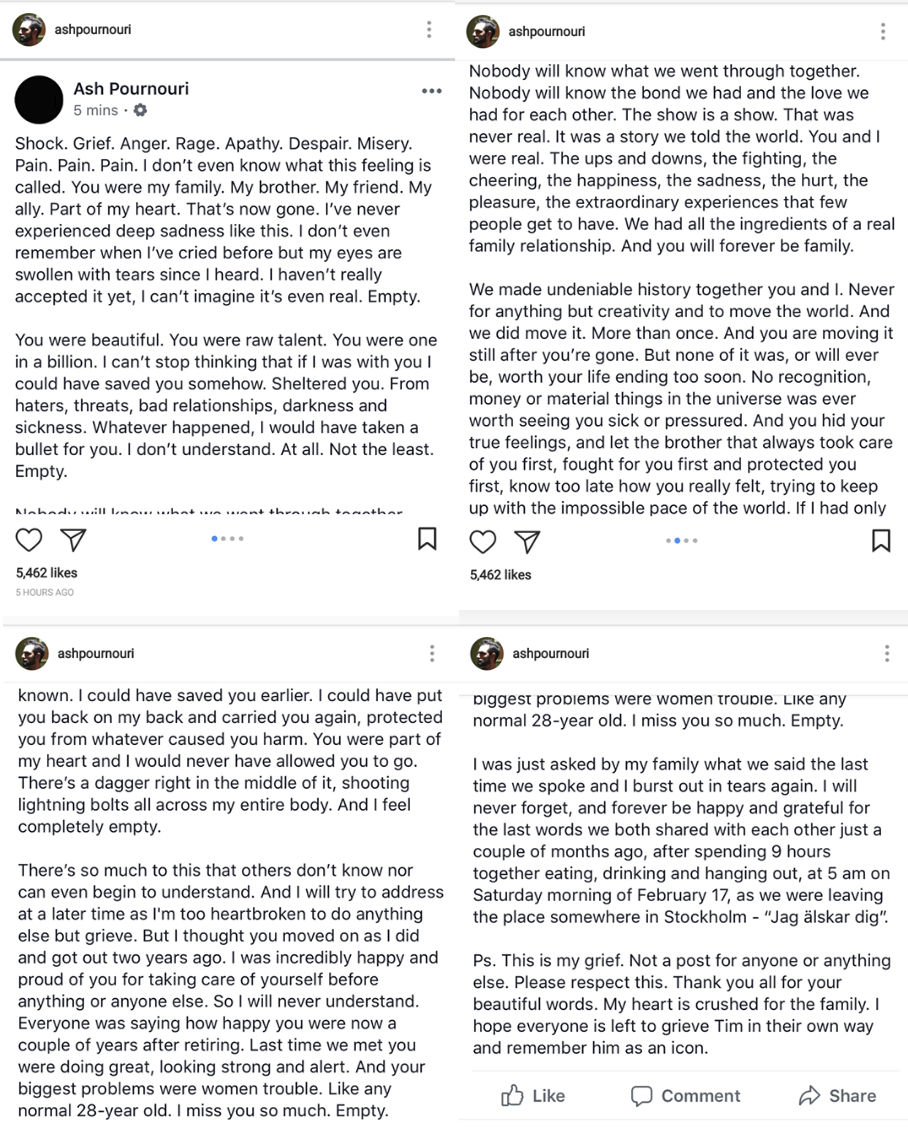 Since so few details have been truly released by the family about Avicii’s death, it is impossible to judge the situation fully. Pournouri does not want the weight of the death on his shoulders, but it is hard to escape when the family places it squarely there.