The infamous head of Mau5trap is definitely a creative force to be reckoned with. Besides his music, the show production of a Deadmau5 show involves nothing less than the absolute best. From the Cube to the Mau5 helmet, Joel Zimmerman spares no detail. His passions exceed dance music in the forms of an orchestral album, high-end sports cars, video games and now apparently a soundtrack. To what, who knows. But the following tweet confirmed that the project is nearly complete. 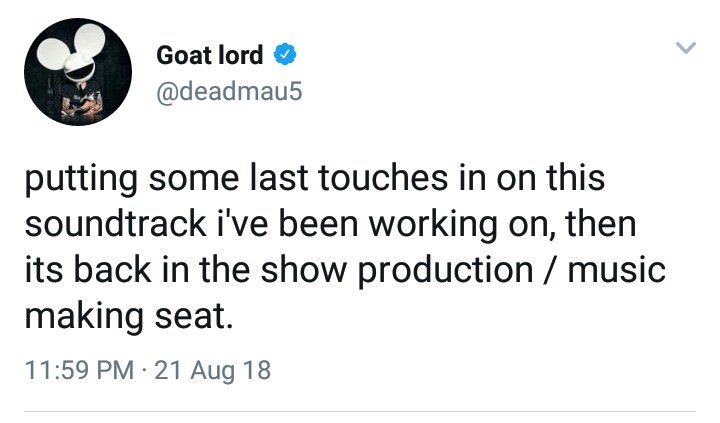 This wouldn’t be the first time an electronic producer journeys into the world of soundtracks and movie scores. Most notably is the Daft Punk score for the 2010 remake of Tron, the classic 1982 sci-fi thriller. Now we just have to wait and see what this Deadmau5 soundtrack is really for! Because as the Mau5 let Twitter user James Martin know, he’s not giving out all the details yet. 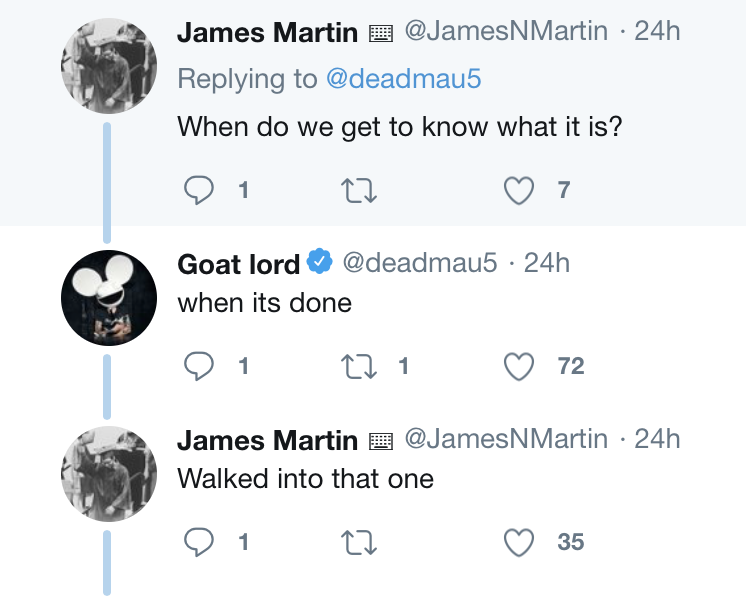