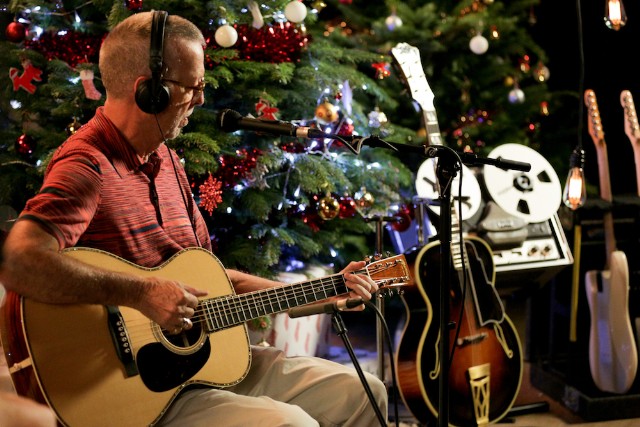 Eric Clapton has announced that he’ll release his first-ever holiday album, “Happy Xmas“, in October. It is the musician’s 24th album overall, and his first since 2016’s, “I Still Do“. Although it is primarily made up of covers of a variety of holiday classics, the album will also feature a brand-new original called, “For Love On Christmas Day“.

However, there is one song on the album that has gathered more attention from the EDM community than others. The rock legend surprised everyone by including a tribute to the late Avicii on “Jingle Bells (In Memory of Avicii)“, which is set to be the album’s seventh track.

Although it is not apparent if Clapton and Avicii knew each other personally, there is no doubt that Clapton sympathized with him, as the musician spent decades struggling with alcohol and drugs himself. Clapton struggled with both drugs and alcohol in the 1960s and 1970s, and Avicii struggled with alcohol, which many believe contributed to the ill health that led him to stop touring.

“In the lowest moments of my life, the only reason I didn’t commit suicide was that I knew I wouldn’t be able to drink any more if I was dead,” Clapton wrote in his 2007 autobiography. “It was the only thing I thought was worth living for, and the idea that people were about to try and remove me from alcohol was so terrible that I drank and drank and drank, and they had to practically carry me into the clinic.”

It’s honestly amazing how much of an impact artists can have on not only fans, but on one another as well.

Check out the track listing below:

Clapton has two concerts coming up, October 6th and 7th at Madison Square Garden before releasing “Happy Xmas” on October 12th on his Bushbranch Records/Surfdog Records label. The album is available for pre-order on CD or vinyl on Amazon.