Rumors had been going around about the possibility of Excision having a new album in the works, which has set all of the headbanging dubstep fans in a frenzy wondering when we would hear more. We were teased with new music when Excision teamed up Illenium to drop the banger “Gold (Stupid Love)”, so we knew it was just a matter of time until we’d hear some sort of confirmation from Excision himself.

Good news: now, we finally have it.

Excision took to his social media to unveil his next upcoming album titled”Apex” by uploading a video that also revealed exactly when we could expect it: August 14th. With that just being around the corner, we can’t wait to see what he has in store for us. The link in the post sends you to a page where you are able to preorder the album on iTunes or pre-save the album via Spotify.

Upon visiting the links, we can see the full tracklist of the upcoming album, which is made up of 14 tracks and includes features from Akylla, Dion Timmer, Illenium, Space Laces, Sullivan King and more.

View the tracklist for Apex below! 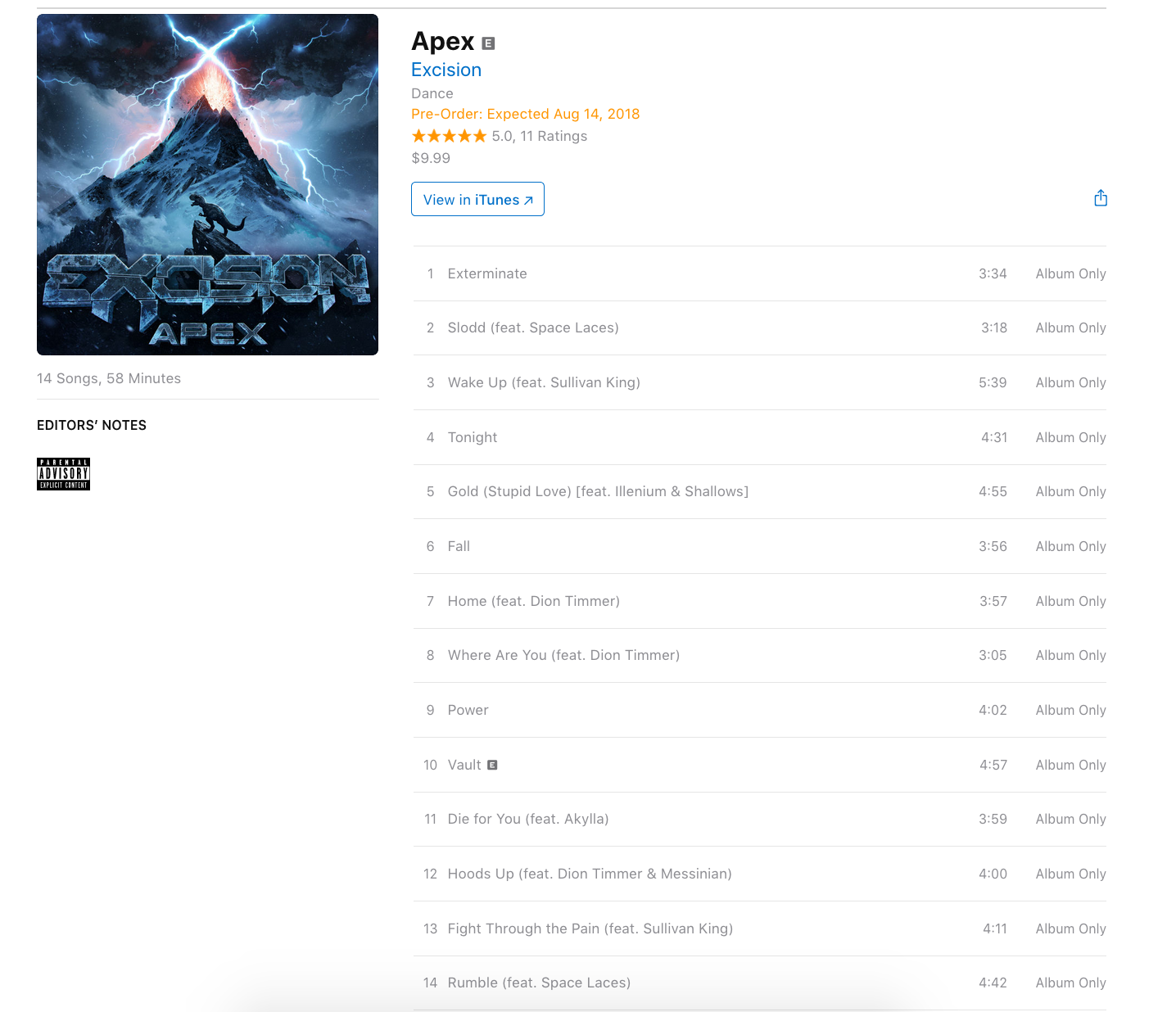 What do you think? Are you excited for this to drop this month? Make sure to get your tickets for Excision’s ongoing tour happening at a festival near you at this link!