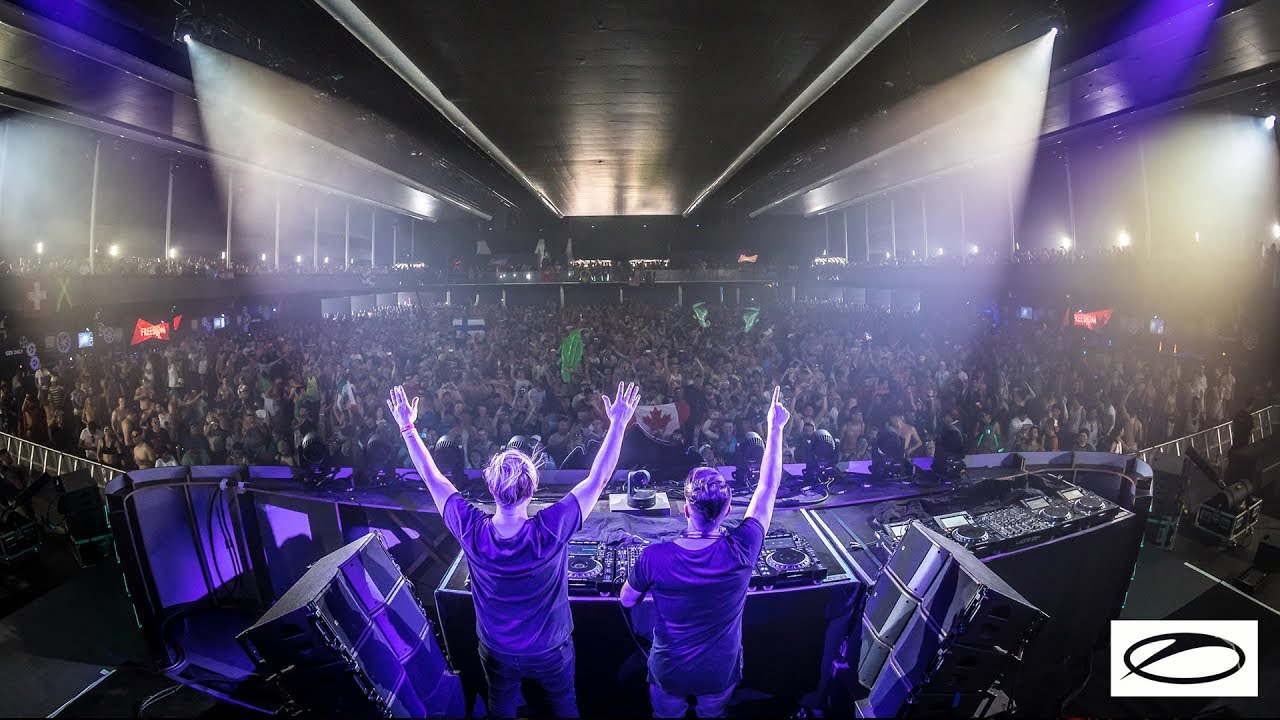 Tomorrowland has come and gone, but our memories of the best weekend of the year are still alive. Armada’s Finnish DJ and producers Super8 & Tab had some time to talk to us about their set at the ASOT stage and also gave us some very cool insights about their work – our passion. Read the full interview below!

1. Good to see you at Tomorrowland! Tell us a little about your set today at the ASOT stage.

Miika (Super 8): Well, we are still doing the Reformation album tour so there will be a lot of tracks from the album of course. We have some new exclusive stuff to play and we might just add some brand new music- actually not that we might, we do, but you will have to wait. It’s going to be a lot of fun!

2. Your album ‘Reformation’ was released just 2 months ago, and it’s already a favorite for all Trance lovers. Why did you decide to release it in 2 parts?

M: Well, previously when we were releasing albums we noticed that there were lot of tracks that just don’t get all the attention that we feel that they need, so this way we could actually get the attention for the first six tracks and then for the other seven tracks. So full attention!

Janne (Tab): Maybe, I think our sound has always been evolving, there’s always this core, Super8 & Tab’s sound, and everything around changes a little bit, but still, hopefully it’s a recognizable Super8 & Tab’s sound. Future plans with Anjunabeats, well, you never know.

M: We are all friends and everything, and personally, I was there, I don’t even know for how long, because we did release tracks with Anjunabeats as solo artists before we started to work together, so I think my first release was in 2001 with Anjunabeats, so there’s been a really long time. But in some point of your career you need to make some changes, and at that point we felt that Armada is a good choice for us. But maybe, in the future.

4. If you had to give one advice to a rising Trance star, what would that be and why?

M: Work, work, work! It’s a lot of work and practicing skills, even if it’s editing, building a set or producing music in a studio, ask a lot of questions from other people, there’s a lot of people who will help you out, so you don’t have to create everything and learn everything by yourself.

J: Even if there’s a lot of Youtube videos and all that, whenever you are collaborating with someone you learn a lot. It’s like finding your own comfort zone.

5. Why Super8 and why Tab? How did you decide your stage names?

M: Actually my first release with Anjunabeats was in 2001, and that was Paavo from Above & Beyond and me. Those were vinyl days, so we had to have a remix at other site, Anjuna asked me to do it, and then they called me like ‘Hey, I need a name for the release’, and I was like… ‘Super8…?‘ That’s it…

J: I got my artist name from my nickname, I got it when I was 8 years old, I was ‘Tabby’, and I was playing in illegal afterparties, and my friends were doing this party and they put ‘Tab‘ on the flyer, and at first I was like ‘Why Tab?’ because I was djing first as Tabby. And then, we did another illegal afterparty and there was Tab again, and I was like ‘Ok, whatever…’. They said ‘Tab’ is much cooler, I don’t know! Then we both had Tab and Super8, so when we started to work together we just merged the names to Super8 & Tab.

6. To wrap it up: Tell us the most embarrassing thing that has happened to you during a show.

M: I have done it more than a couple of times that I played the same track again!
J: And back in vinyl old days you were picking up the needle from the track that was playing, and back in the days it was easier to put it back there, but when you stopped the CD player you were like ‘What did I do!’ It hasn’t been that many times, maybe today, we’ll see!
M: Hopefully NOT! (knocks on wood).