Once the lineup was revealed for Splash House‘s August 2018 edition earlier this year, we knew this would be an even bigger event than its last. Headliners like Gorgon City, MK, Louis the Child, Camelphat and more have made quite the impression on Palm Springs at events past and we were thrilled to partake this time around.

Temperatures rising to over 100 degrees both days didn’t stop attendees from making a splash. A plethora of misters sprayed the crowds while the house music bumped around each hotel. Pools filled to the brim with fans and pool floaties. And as summer comes to a close, we had a last chance to appreciate all the talent that had the chance to spin and leave us excited for what fall will bring. 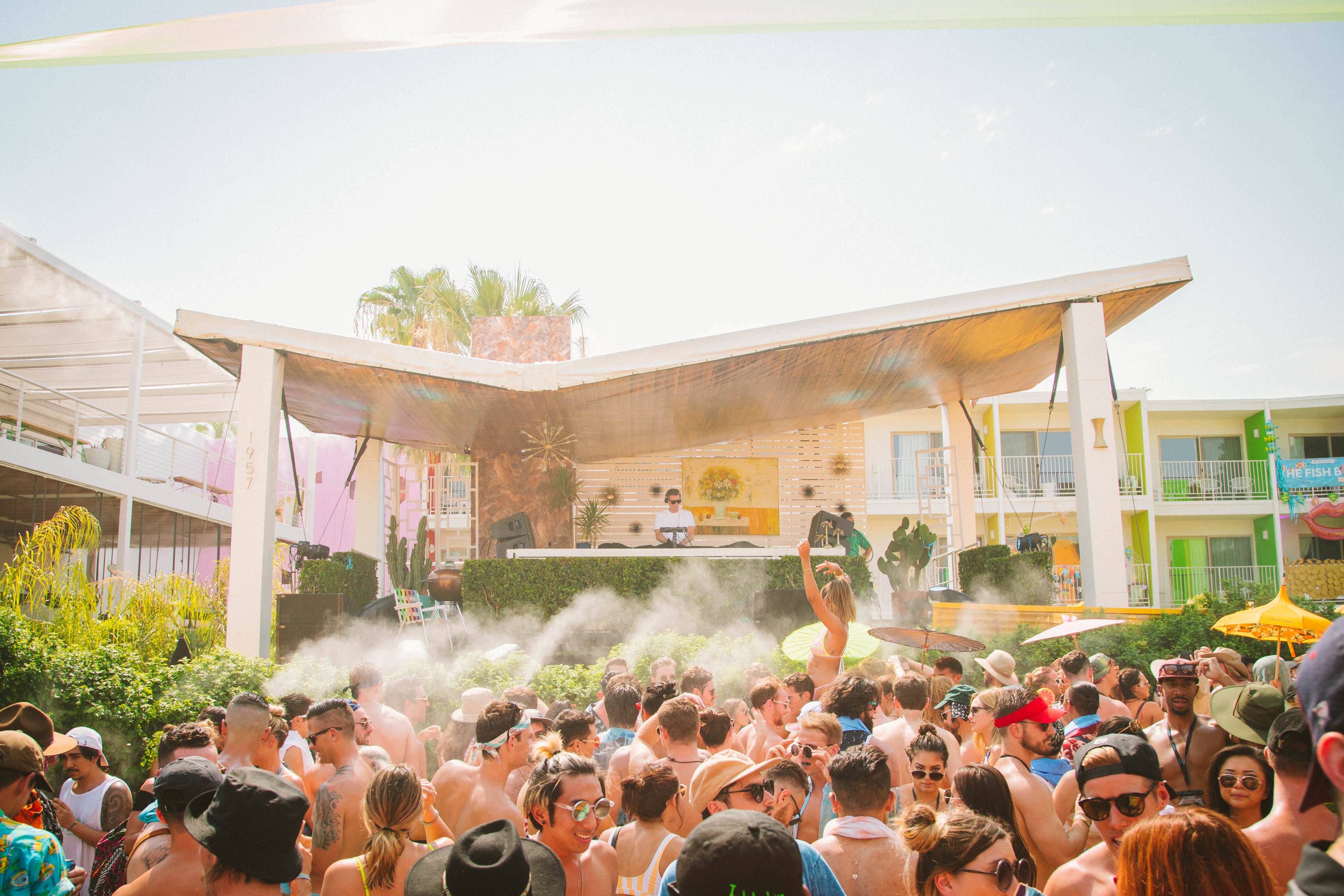 I arrived at the Saguaro in time to start the weekend with Eli Brown. He put on a great set with house music full of character. Anabel Englund and Matt Ossentjuk followed. Her live singing accompanied by his killer beats made this set a great live experience to dance to. 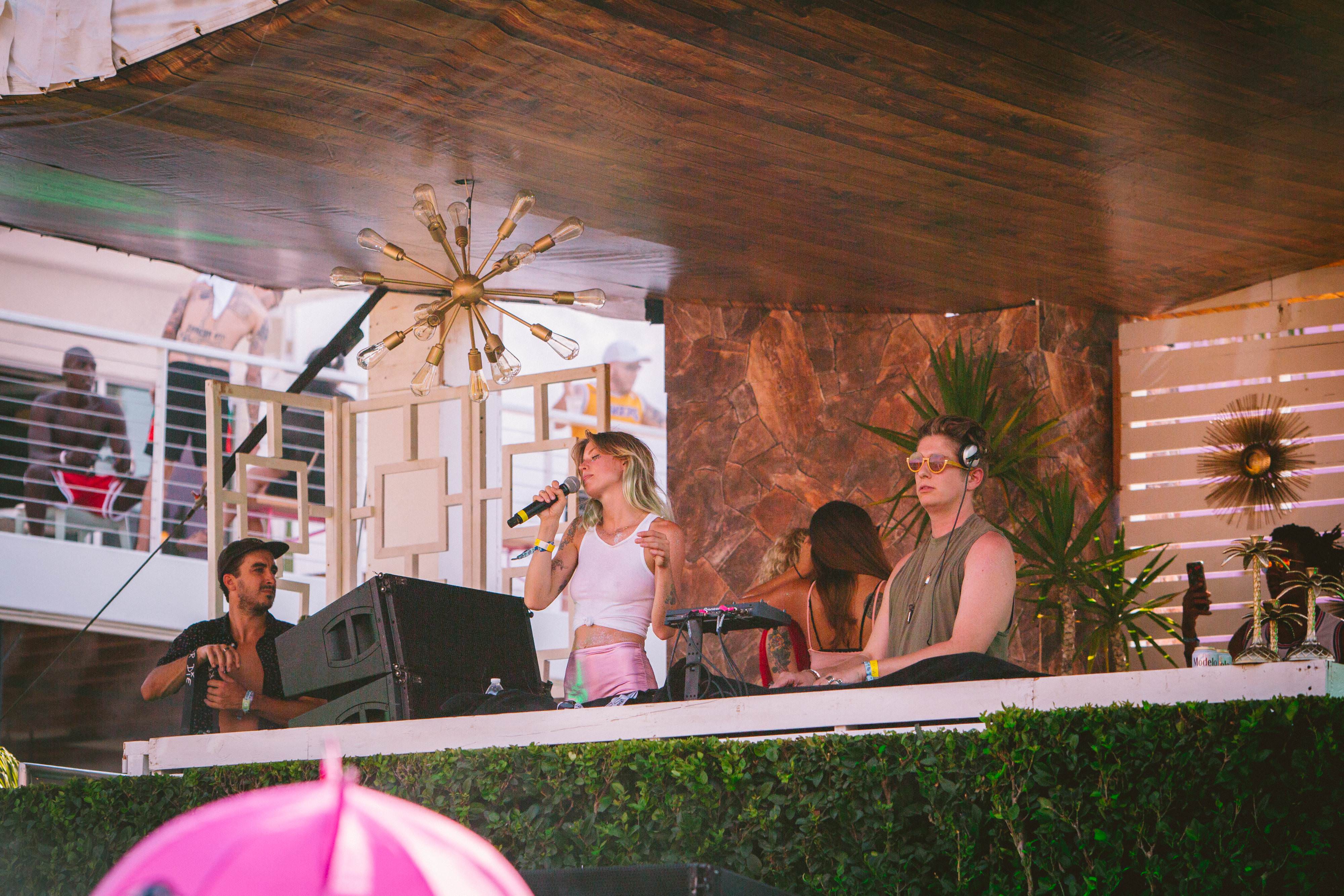 My most anticipated artist of the weekend was notable UK artist Hannah Wants. She brought the bass and deep house to the crowd. She rarely plays in the US but when she does, you can bet her music takes everyone by storm. People came all the way from Ireland to see her!

By night, temperatures were balmy, around 90+ degrees. I cruised over to Walker & Royce at the Renaissance. Gavin made it for the weekend and gave us the groovy, heavy house DIRTYBIRD sound we all craved. Seeing them for the first time, it did not disappoint. He took everyone to their leader that night. 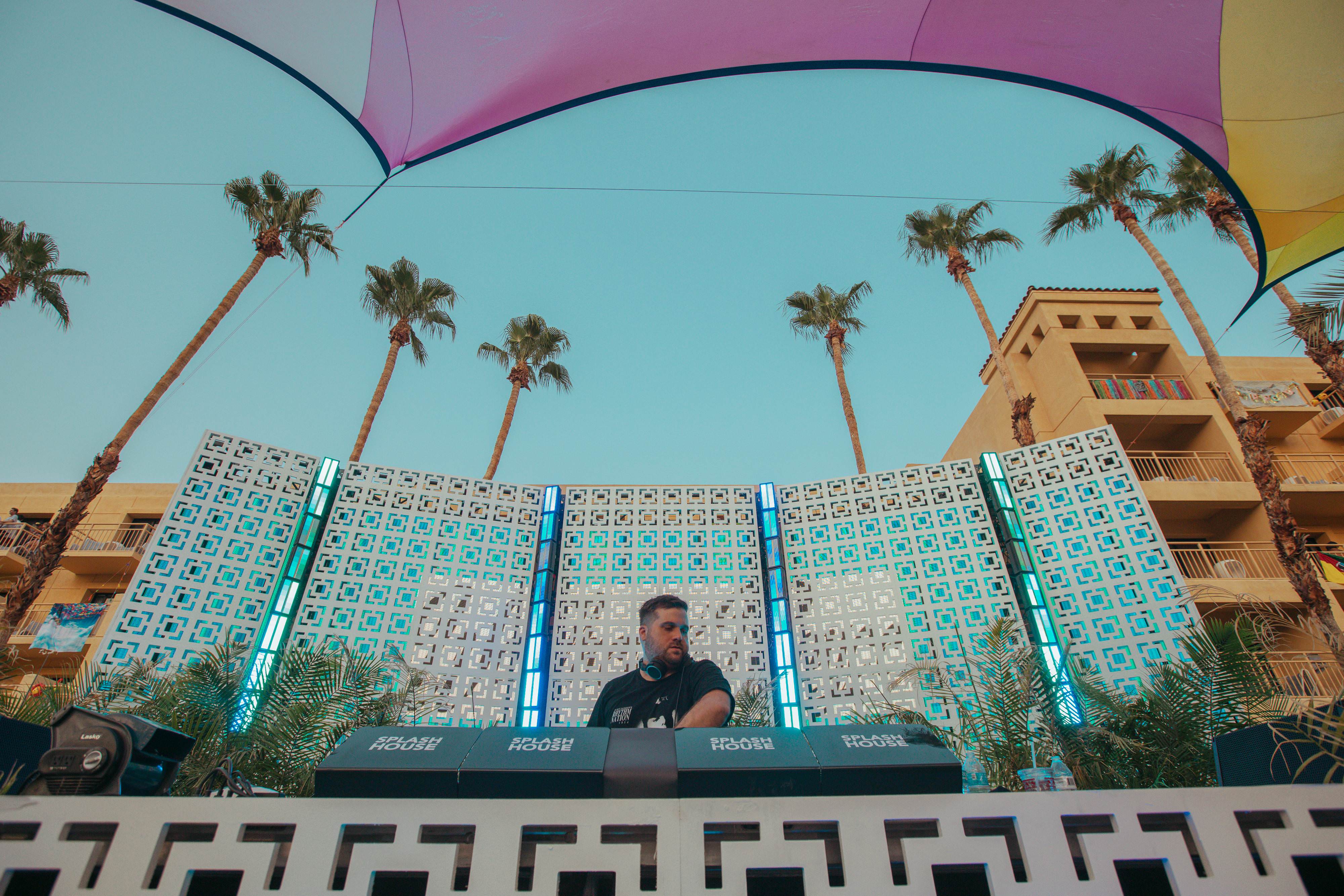 Closing out the first night of pool parties, Louis the Child offered to play one of two options: a signature set or something unheard of. What did the crowd choose? Something unheard of. From throwback hip-hop favorites to mega-party classics, the duo absolutely threw down – strobe lights and all. I’ve never seen a more high energy pair. To say they brought the hotel down is an understatement. Robert Hauldren and Frederic Kennett read the crowd, knew what they wanted, and delivered more than expected. 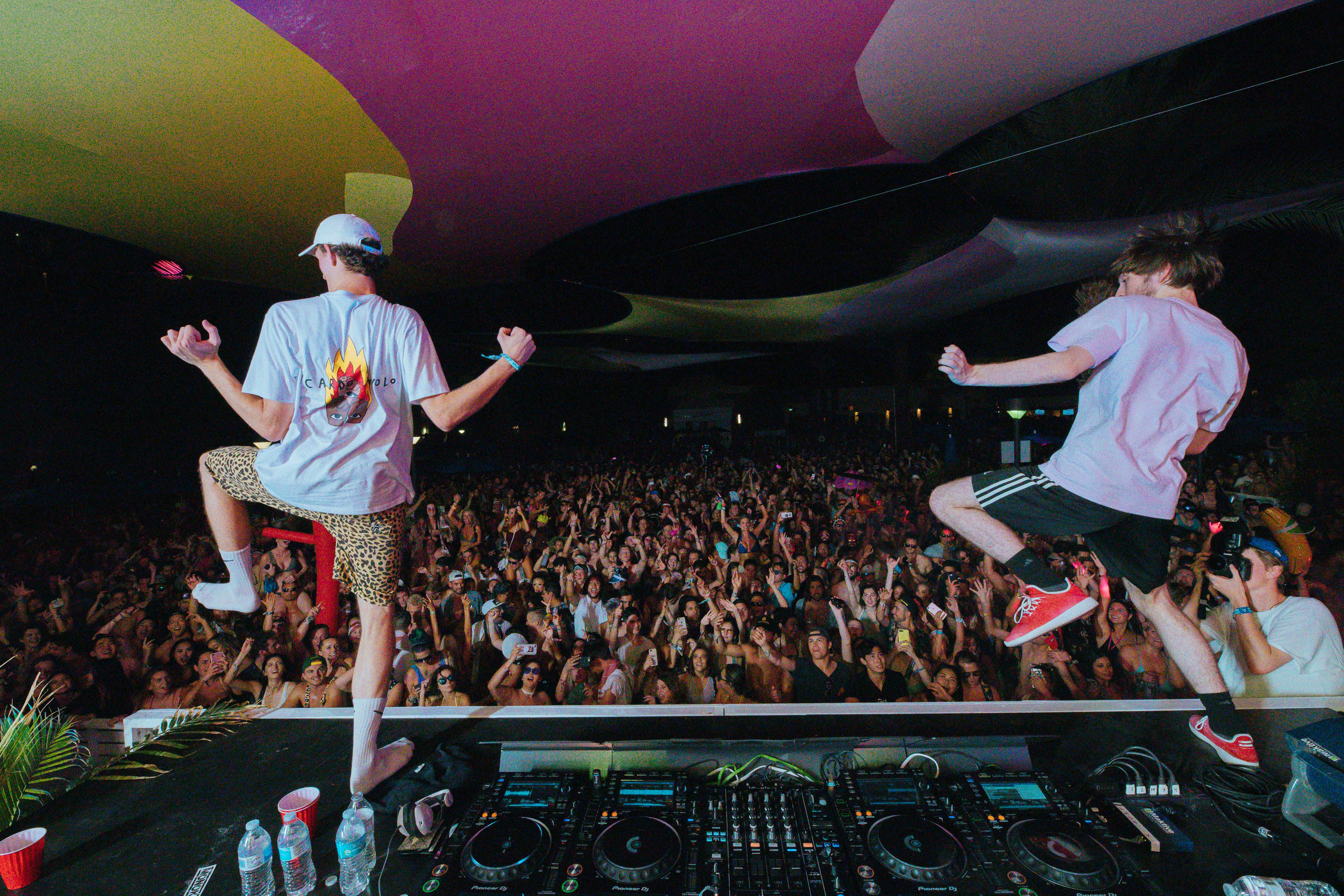 We later moved on to the afterhours party. For those that have never been to this venue, it is situated on the tarmack of the Palm Springs Airport with a VIP area inside the Air Museum. A lit-up runway sits behind the stage that consists of an airplane with LED propellers. The warm breeze feels cool after the long, sun soaked day you’ve just had at the pools. The open space runs for a while and all you do is dance. I arrived with Noizu playing and he kicked off my night while pumping up the crowd’s energy.

Genre-hopping guru Mija came on after. She put on a mellow, yet deep tech house set. Surprising and satisfying, I grooved to her until I started losing a little bit of pep from the hours of dancing during the day. Nevertheless, another anticipated artist checked off the list. 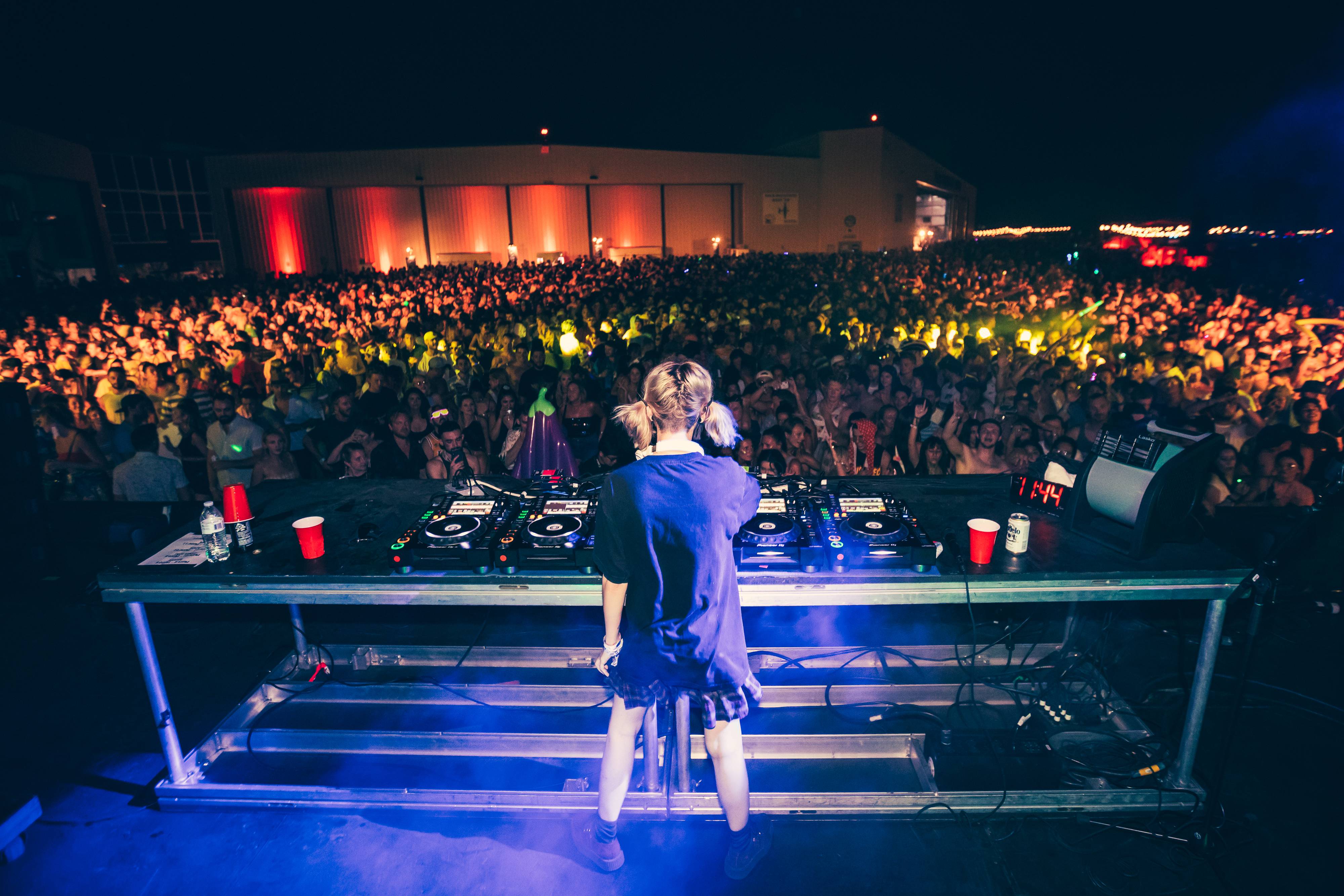 After taking a walk around, Fisher came on. What started as a slow come up of chill beats became a house party only the Australian DJ knows how to throw. You want crowd control? Move over Major Tom, it’s Fisher’s turn. 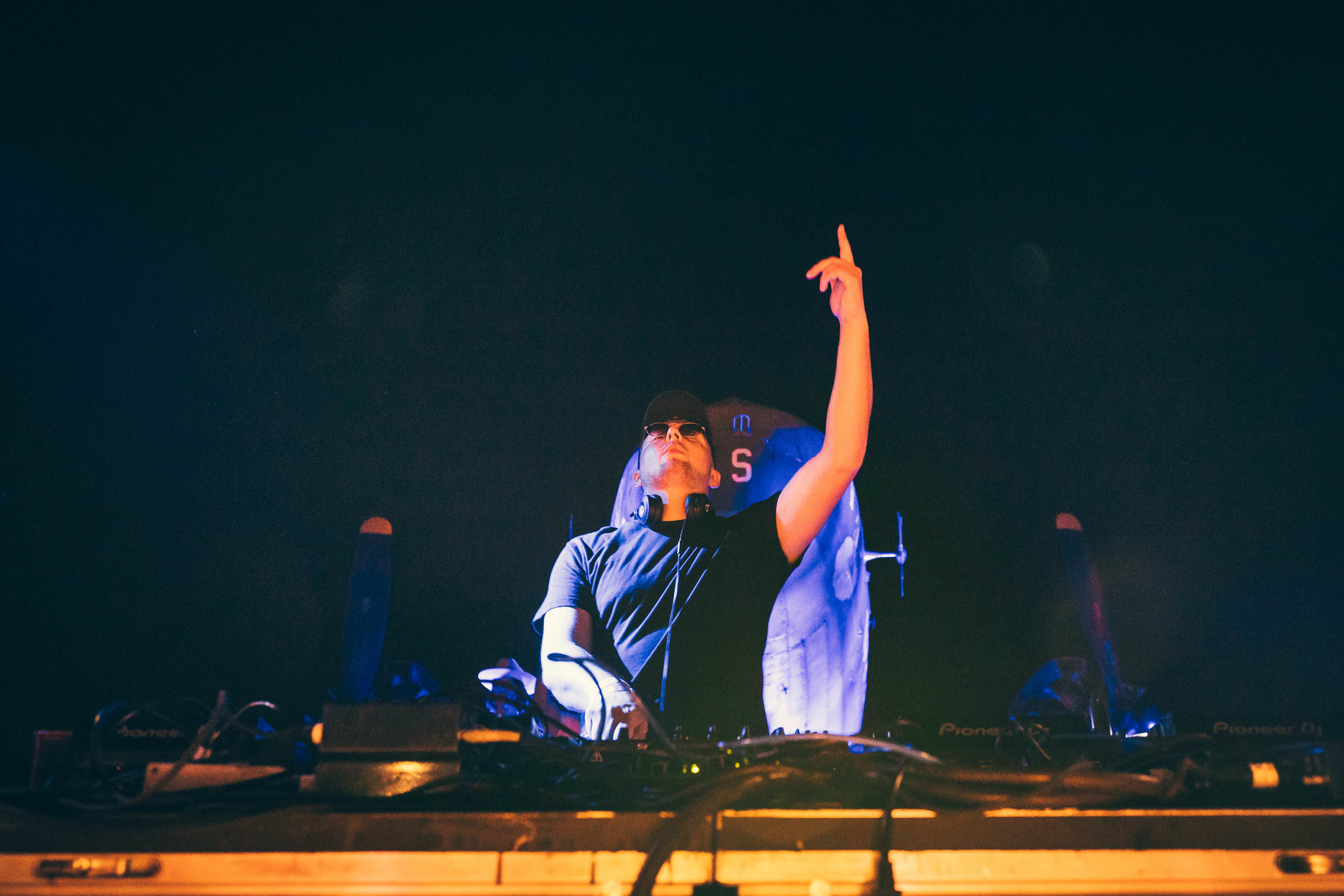 Gearing up for Day 2, I got to see Kyle Watson perform at the Saguaro. I had to split his set in half to check out the surprise guest at the Riviera though. Guess who? Fisher. Of course, right? This is his year, for sure. 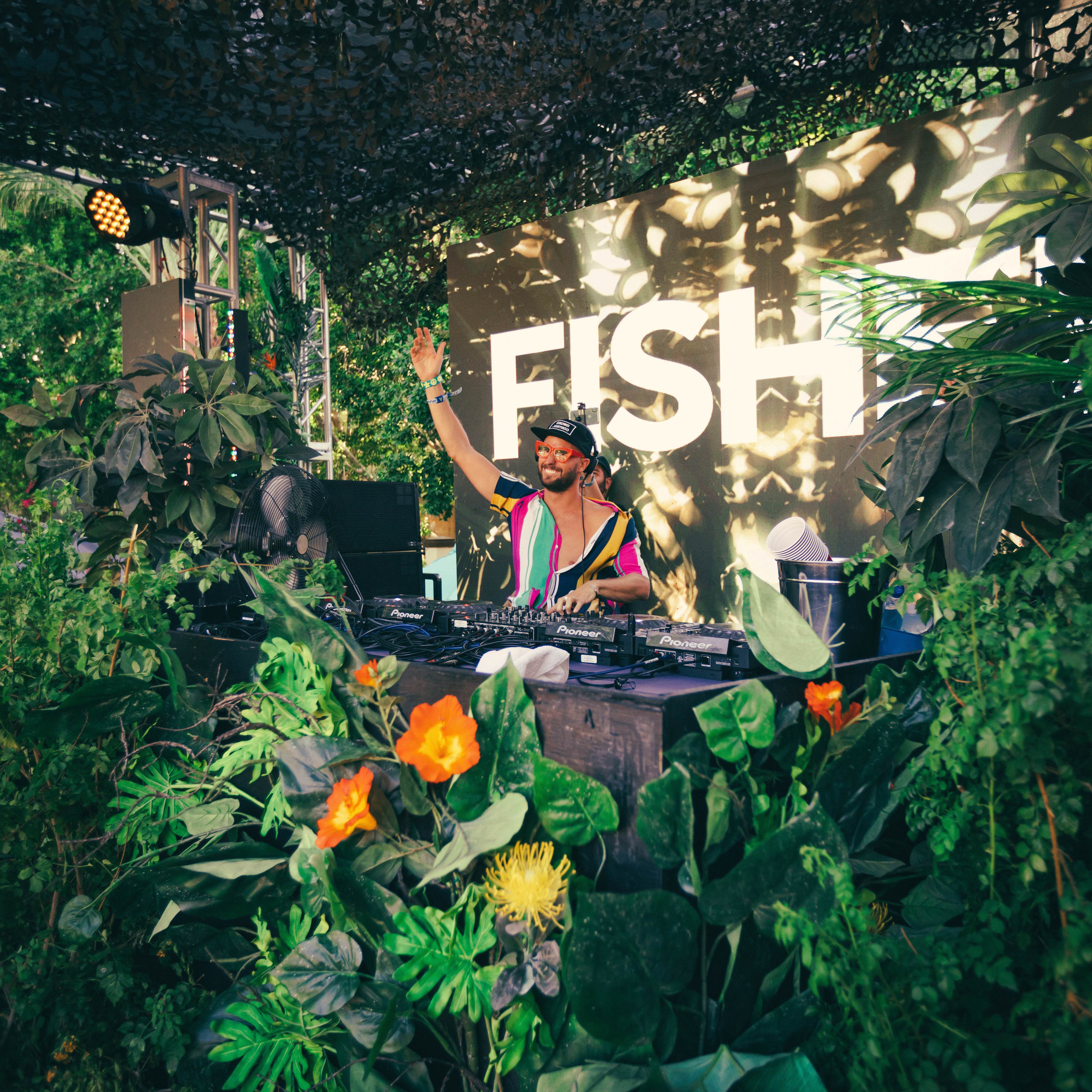 Heading back to the Saguaro, bearded Will Clarke put on one of his iconic tech house sets. I cannot get enough of his deep vibes – anyone wanting to move to the rhythm of the house beats came here. 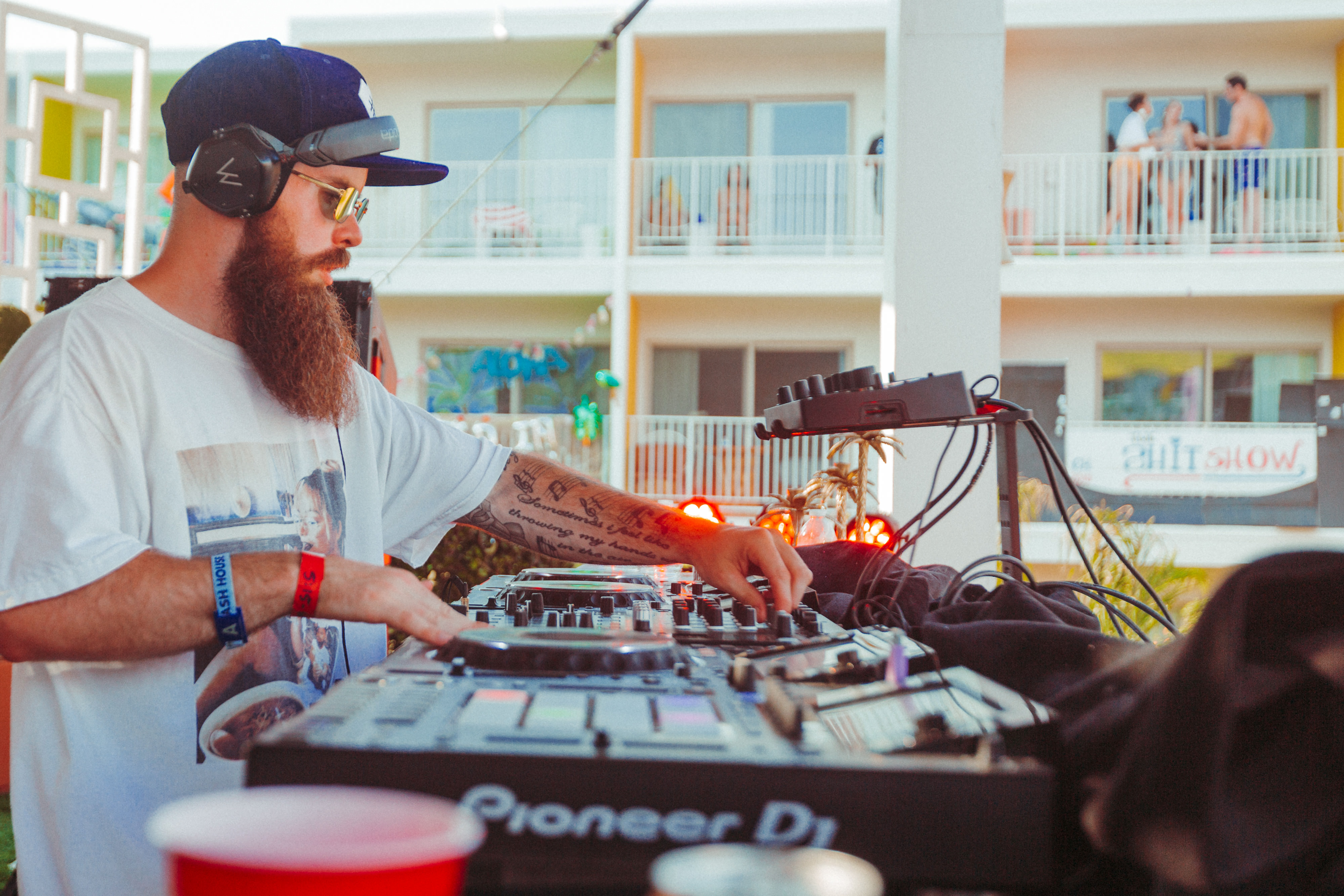 MK followed Clarke’s killer set. As my most anticipated artist for Sunday, I jammed out along with the crowd to the song of the summer, ’17’. You can’t help but sing along. Though, it wouldn’t be summer without a surprise. Like a kangaroo, Fisher popped out for a b2b set along with MK. People recognized the song switch, looked up and started losing it!

I decided to finish the night at the Renaissance starting with Grammy-nominated duo Camelphat. It’s amazing how they so consistently perform timeless house sets. Everyone came out to see them. For an hour and half, their music did the talking and I’m sure word of it will buzz around after. 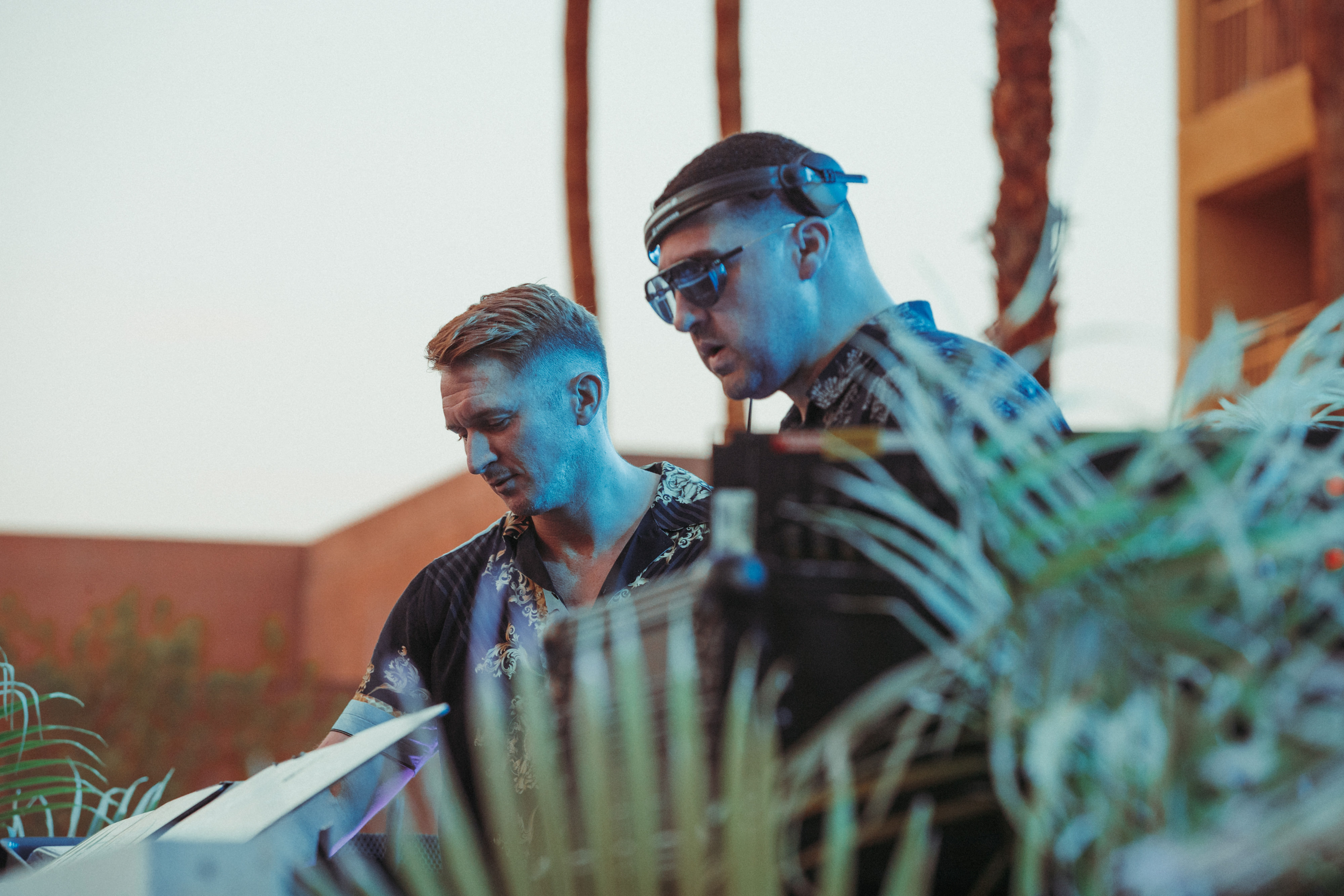 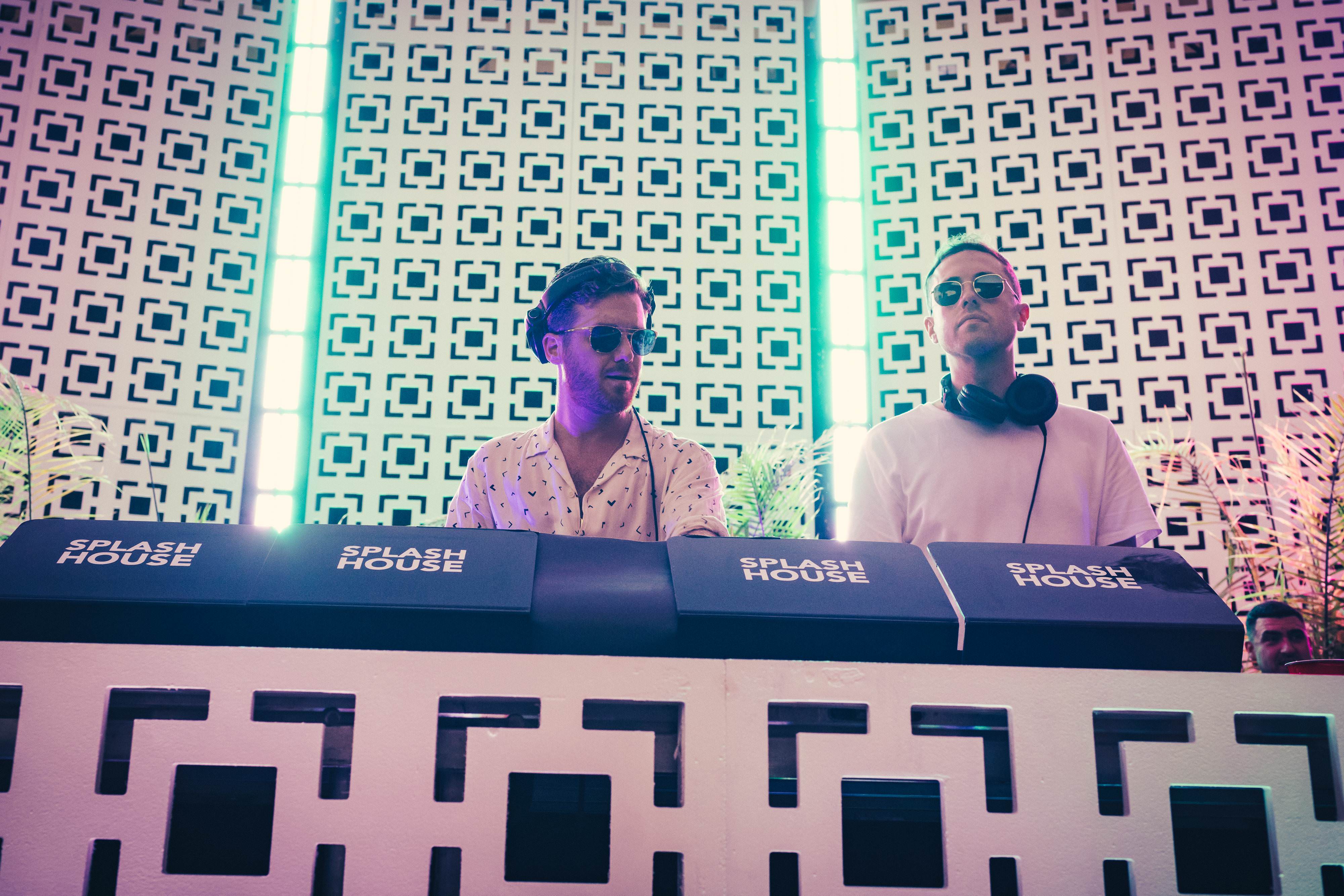 It’s been real, Palm Springs. I’m glad I got to experience both Splash events this year. Each rendition brings a different boat of talent but renowned music nonetheless. If you find yourself with post-Coachella blues and nothing to do for the summer, come try this pool party event!