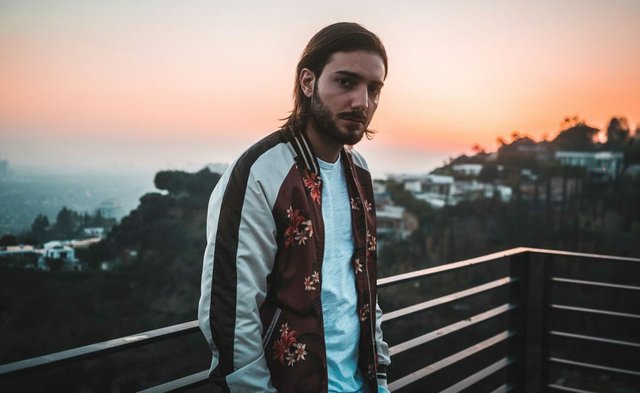 Alesso has always been a one of a kind producer and always knows how to put on an incredible show. We got a chance to sit down with him to talk to about his latest release of ‘Remedy‘ as well as learned some secrets on how to manage hair the right way.

You just came out with a new track called ‘Remedy’ with Conor Maynard. Can you tell me more about how that collaboration came to be?

I have been making a lot of records over the past 6 months and that was the latest one that I finished. I just felt like it was an “end of a summer” kind of song. I was trying to figure out who can sing this with such emotion since it’s such an emotional song. I’ve worked with Conor before so I just decided to call him and told him that I had this song and asked if he would mind jumping on. He loved it so that’s how the song came to be.

In your interview with Billboard recently, you mentioned that you wanted to create music one year ahead. Speaking of one year ahead, what do you have in-store for next year? Any chance you will be touring with Swedish House Mafia when they tour next year?

*Laughs* No I don’t think so. They do their thing and I do mine but I think for anyone who makes music, it’s important to want to be the next sound. They have to think that because it may take 6 months to a year before it can release. When you have a big collaboration, EVERYONE has to be on board. Everyone has their own schedule for releasing songs and I always strive for what the next thing is for me and what I want to represent. I don’t want to repeat myself but I still want to have those remedies that I am good at making. Take ‘Remedy’ for example, the drop doesn’t feel like a drop but it is so it was interesting to create a drop that is a drop but doesn’t feel like a drop. I strive to make classic songs that you can listen to a few years later and still have it sound great.

Well that was certainly different since it was so early in the morning. But I mean I have played live performances before, played keys so it wasn’t completely out of the ordinary. It’s definitely an honor to be asked to perform at one of the biggest morning shows and it was a new way for me to present the song cause usually I present it electronically which is great too but a live performances just feels different. Conor was on board and we had two other band members so it worked out really great.

One last question, question that everyone wants to know. How do you manage your hair?

MY HAIR?! I am actually growing it out really long now. I’ve never had it this long actually but I want to save it and have to grow until it’s down to my chest.

Any brand preference for hair conditioner?