Amenisia is one of the numerous internationally renowned clubs in Ibiza. Having opened its doors in 1976, the nightclub is no stranger to greeting partygoers from all around the world. The club now hosts a whopping capacity of up to 5,000 guests.

With a venue of this size, the hardworking team behind the Best Global Club, awarded in 2007-2009, and then again in 2011, ensures that all of the security policies are continuously being met.

Recently, a report stated that Charlie Mercer, a 37-year-old from London allegedly suffered an injury to his face while partying at the well-known club. Taking things one step further, the British man is now suing the venue. This leaves the team with no choice but to reevaluate their security policies.

Although the incident occurred last September, Mercer is not approaching the situation lightly. He has elaborated that a decorative vinyl record that hung from the ceiling by a wire swung down and hit his face, causing him to bleed. He’s now seeking justice for his related injuries. 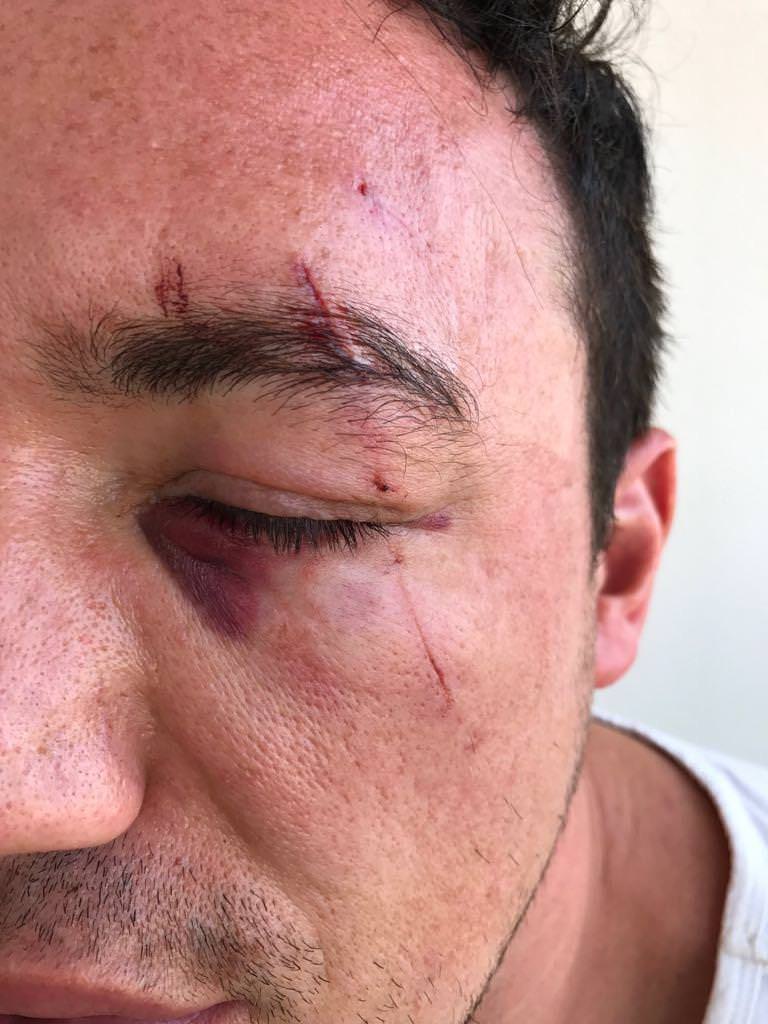 Mercer’s lawyer stated that the club has yet to respond to the photo that he had provided (see above). The photo clearly showcased the large cut across his left forehead, eyelid, and cheek. Not to mention the painful looking bruising around the affected area.

We don’t know yet if this injury did occurred at the venue. One thing is for sure, Amnesia Ibiza’s team will have to reevaluate their overall decor. This injury could have definitely been avoided… if it did in fact happen, of course.