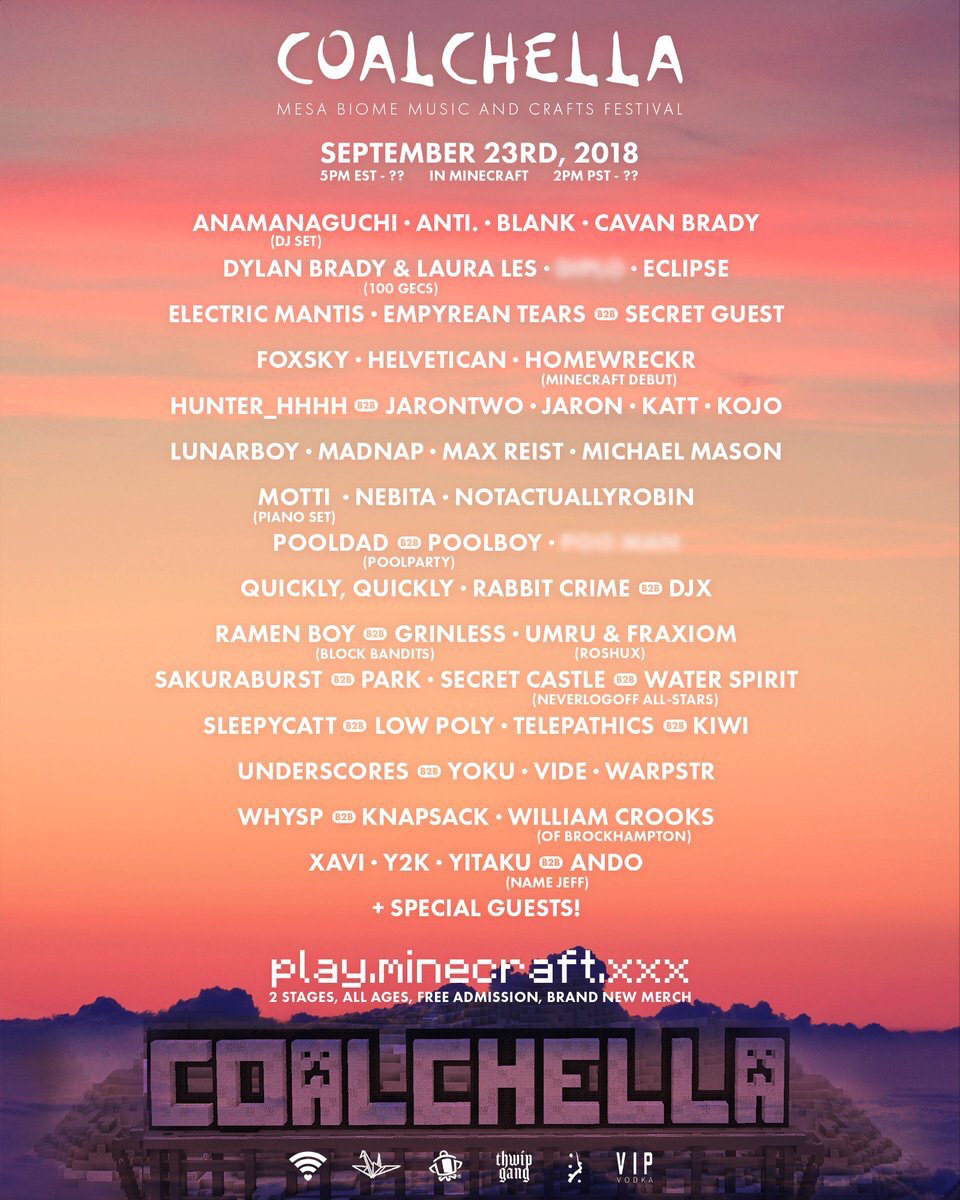 So in case you were confused by the #coalchella on September 23, you aren’t alone. The virtual “festival” called Coalchella took place inside Minecraft servers at the Mesa Biome level. In case you don’t know what Minecraft is, think Lego meets The Sims. Online DJs played for the virtual network crowd, and to our knowledge, is one of the first of it’s kind. You can visit Minecraft’s server here later to see uploads of photos and other items.

With the recent emergence of eSports as a viable career, this was only a matter of time. Insomniac and other festival conglomerates have become so popular that the virtual sector appeared untapped. “Silent discos” also have been coming on strong in recent years, and this appears to be the evolution.

Some very creative and dedicated online gamer-folks put the event together. Multiple stages, online DJs, free admission, and no travel plans – what more could you want?

While details are still emerging, the event created quite a buzz on Twitter and social media. You can follow the Coalchella Reddit thread right here. Here are some of the highlights we were able to track down.

#COALCHELLA was such an awesome event, so blessed to be able to photograph it, here are just a few of the shots I got! #A73 #sonygang pic.twitter.com/OY56Ohm7WZ

Checkout the teaser for Coalchella below, and get your Minecraft accounts created for the next one. What a time to be alive.