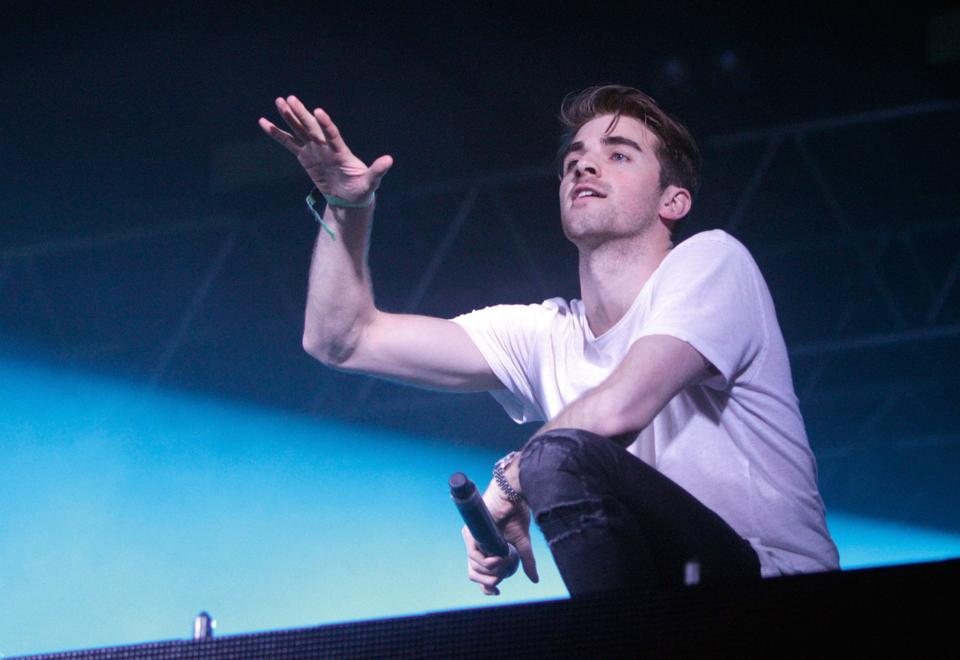 In an honest and emotional Instagram post, Drew Taggart of The Chainsmokers, opens up about his struggles with depression. In the post, he comments on how the music he’s been releasing lately has been much darker in tone. He says that these songs are what’s helped him begin to feel better.

“i didn’t begin to feel better until i began putting my feelings into my songs. this explains the sudden dark introspective turn the chainsmokers music took earlier this year…”

It is very clear to anyone who has been listening to The Chainsmokers for a while that the songs that have been released this year, most notably ‘Sick Boy’ and ‘Everybody Hates Me’ are much heavier both in sound and theme. These are in stark contrast to the songs released in 2017 for their album ‘Memories…Do Not Open’.

“Maybe this isn’t the chainsmokers you all wanted and that’s ok, but it’s what we needed to create to grow…” Taggart adds. And it appears that it’s helping. Their newest single ‘This Feeling’ is a hopeful song about following your heart. It’s a song that you almost would’ve expected from the “old Chainsmokers”. But it’s not without its own dark undertones. With the cutesy-morbid animated music video, it seems to be a happy mix of both worlds.

It makes sense that it would be this hybrid, as Taggart adds that this song was the first that he wrote after coming down from his depressive state. It’s hard to shake away all the shreds of darkness after being in it for so long, but it seems like he’s slowly but surely getting there.

He says that “Mentally i’m in a good place right now.” which is a relief to hear. Depression is no joke. He ends his post by saying “I hope y’all enjoy this one.” Knowing the story behind the song, and the struggles that he went through before finishing it, makes it that much more enjoyable.

It’s good to hear that you’re doing better, Drew. And here’s hoping that continues to be the case.

songwriting is my therapy. i dealt with depression for what most would call the height of the chainsmokers career thus far. you’d think that an artist getting their first massive break and seeing success in a career they love would have no problems, but that’s the funny thing about depression. it’s doesn’t matter what you’ve accomplished because it attacks how you feel about it. your resumé won’t save you. i didn’t begin to feel better until i began putting my feelings into my songs. this explains the sudden dark introspective turn the chainsmokers music took earlier this year with the release of songs like “sick boy” and “everybody hates me” etc. maybe this isn’t the chainsmokers you all wanted and that’s ok, but it’s what we needed to create to grow. that chapter isn’t closed by any means but i do feel like i’ve gotten something off my chest, i’m not hiding my feelings behind a smile when i don’t feel like it anymore. “This Feeling” is the first song i wrote when i came out of my depressed state for the first time. it’s a song about following your heart even when people don’t believe in you. mentally i’m in a good place right now. i’m in love with my friends and family and thank god everyday that i get to write songs for a living. i hope y’all enjoy this one.