When HARD announced that after three years, HARD Day of the Day – its only 21+ event – would be making a comeback, many were thrilled to hear the news. The event is returning for its 6th year to where the festival’s first incarnation took place: at the LA State Historic Park.

We’re happy to announce the event’s stacked lineup with some returning favorites from previous years, along with the announcement of two stages set for the event this year: the Live Stage and Stage Two. 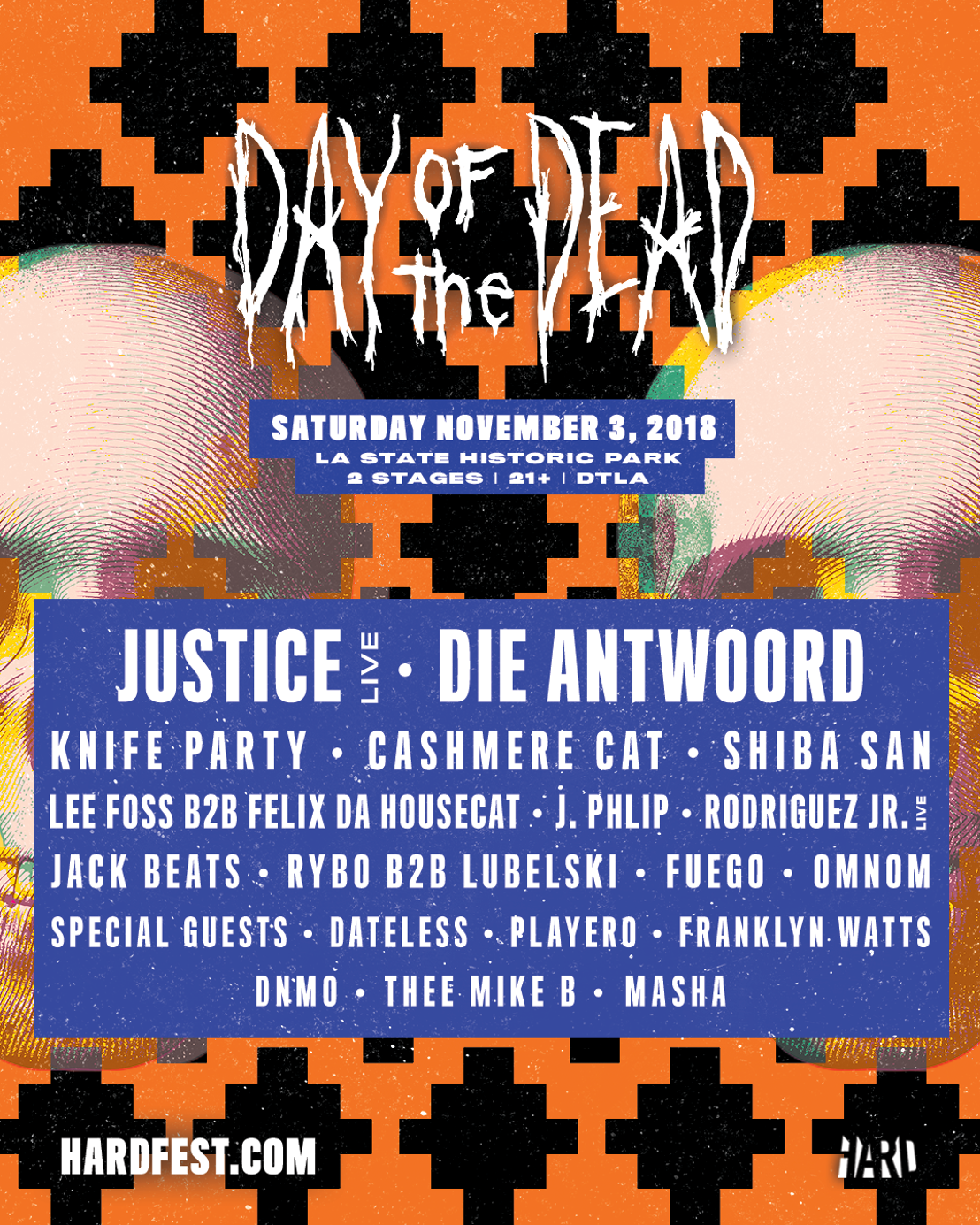 First, for the Live Stage, returning favorites Justice are one of the big names set to make a comeback to the event. This will be the last live show that they plan to play with their current Woman Worldwide production. It’s a fitting transitionary performance for the iconic French duo, who actually played the very first Day of The Dead, coincidentally, on November 3, 2012.

Another name announced for the Live Stage are the South African rap pioneers Die Antwoord, known as one of the world’s most provocative live acts. Every live performance from them is quite the spectacle. With the setting and occasion of Day Of The Dead, they are sure to bring forth something beautiful and beguiling.

The second stage that was announced today – aptly named Stage Two – is set to feature some of the best emerging and established names in house, like Reggaeton icon Playero will DJ, a live set from Rodriguez Jr, and a back-to-back set from the deep talents of Lee Foss and Felix Da Housecat. Repping HARD’s 4/4 stylings will be DIRTYBIRD mainstays like Shiba San, femme fatale J.Phlip,  Dateless, and the label’s newest star OMNOM. LA’s favorite house duo Rybo and Lubelski will bring the Desert Hearts party vibes as well.

Hard Day of The Dead is set to make its return for one day on November 3rd at the 34-acre grassy outdoor oasis, the LA State Historic Park. The park is located in Downtown Los Angeles and also happens to be just steps away from the Metro Gold Line, as well as just a mile from Union Station.

Tickets are expected to go on sale on tomorrow, September 27 @ 12PM PT on the event’s official page.

Will you be joining in on the festivities at HARD Day of The Dead as they make a return to their roots in the heart of DTLA?