Justin Martin is most well known as one of the cofounders of Dirtybird and second hand man to Claude VonStroke himself. He’s also quite the creative powerhouse with few to rival his ability to produce a track. In fact, this year he earned the #1 spot on DJ MAG’s top U.S. producer list. With two albums in his repertoire and the Set It Off EP coming out October 12th, it’s about time for him to bring his signature rolling basslines across the continent for a North American Tour.

If you’ve seen Justin Martin in the last few months, you’ve likely heard the title track of his new tour and EP. And it’s impossible not to slip into a groove when you hear “Set it off I suggest,” start floating out of the speakers. Soon he’ll be bringing his excellent productions to a town near you.

The ‘Set It Off’ tour will include over thirty stops at some of the most impressive clubs and festivals the U.S. has to offer. This includes Club Space in Miami, Output in Brooklyn and Santa Fe’s infamous Meow Wolf will all see JMart grace their decks in the coming months. But it doesn’t stop there! Expect to see Justin at Dirtybird Campout, Suwanee Hulaween and both editions of Holy Ship, too.

Justin Martin’s ‘Set It Off’ Tour kicks off its three-month stretch at Monkey Loft in Seattle on September 29th.  If you don’t see a city near you on the tour schedule yet you should still keep your hopes up! There are five unannounced dates on the flyer so if you’re lucky you might get a show near you after all!

Check out the tour poster below to find the nearest show, get your tickets here – and don’t forget to snag Justin’s Set It Off EP on October 12th, out on Dirtybird Records. We’ll be seeing you soon at a Justin Martin show near you! 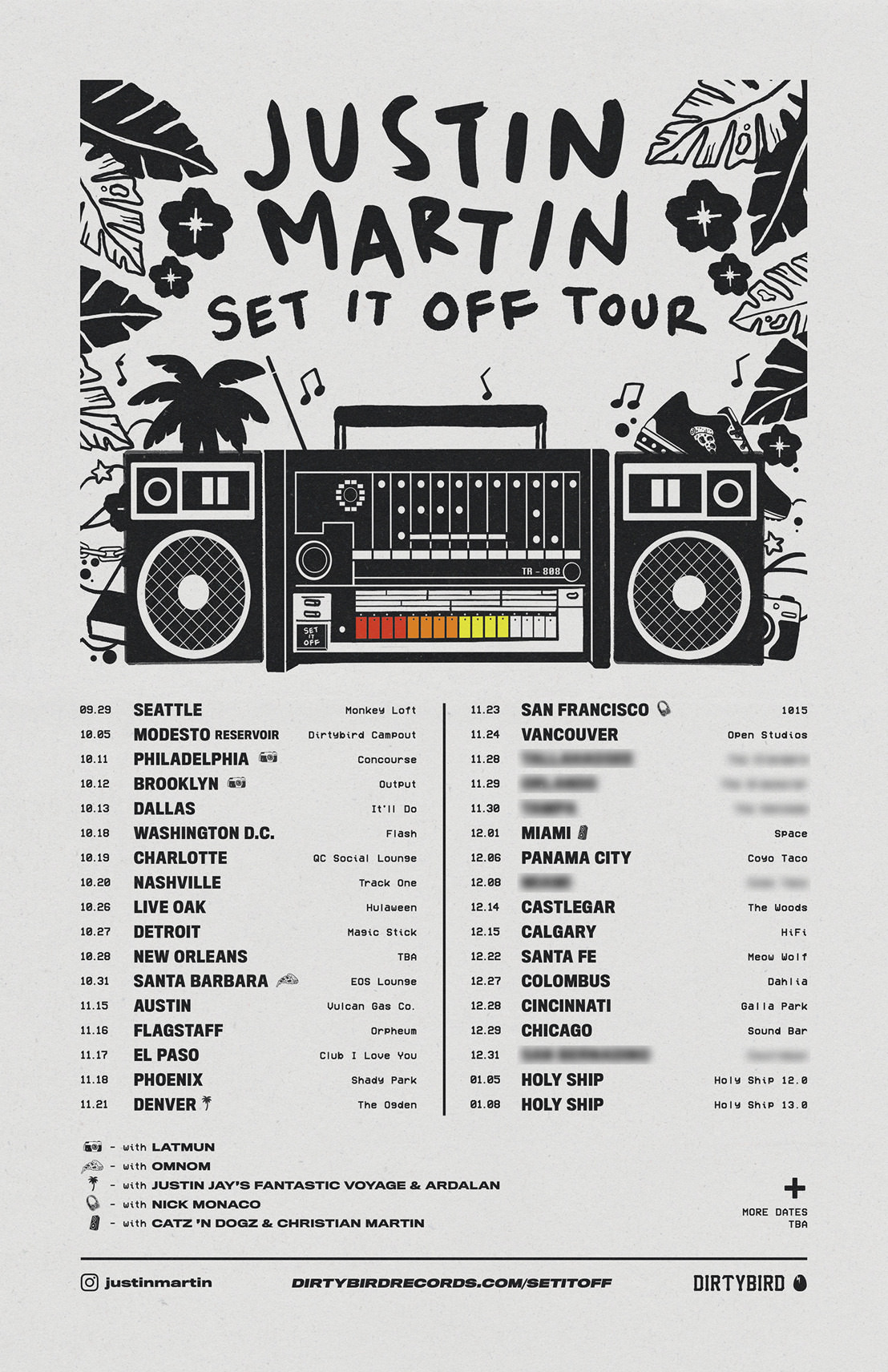