Great news for San Holo fans! If you’ve been looking forward to his much-anticipated debut LP for a while now, things are looking up. He has finally taken to his social media to make some exciting announcements about the project.

it’s time! for the last year my life has revolved around writing and producing my debut album. im so happy i get to finally share it with all of you ❤

The multi-talented producer took to his social media to announced the release date for the long-awaited LP project, “album1“. It is now set to release on September 21 and consists of twelve tracks. He also revealed the tracklist and who to expect to be featured on the project, including Bipolar Sunshine, Cassini, Caspian and many more.

album1 is gonna be something different x

San Holo also announced a new tour to accompany the release of “album1”, spanning of 35 dates across the U.S. and featuring many special guests such as Said The Sky, Fakear, Slow Magic and more. 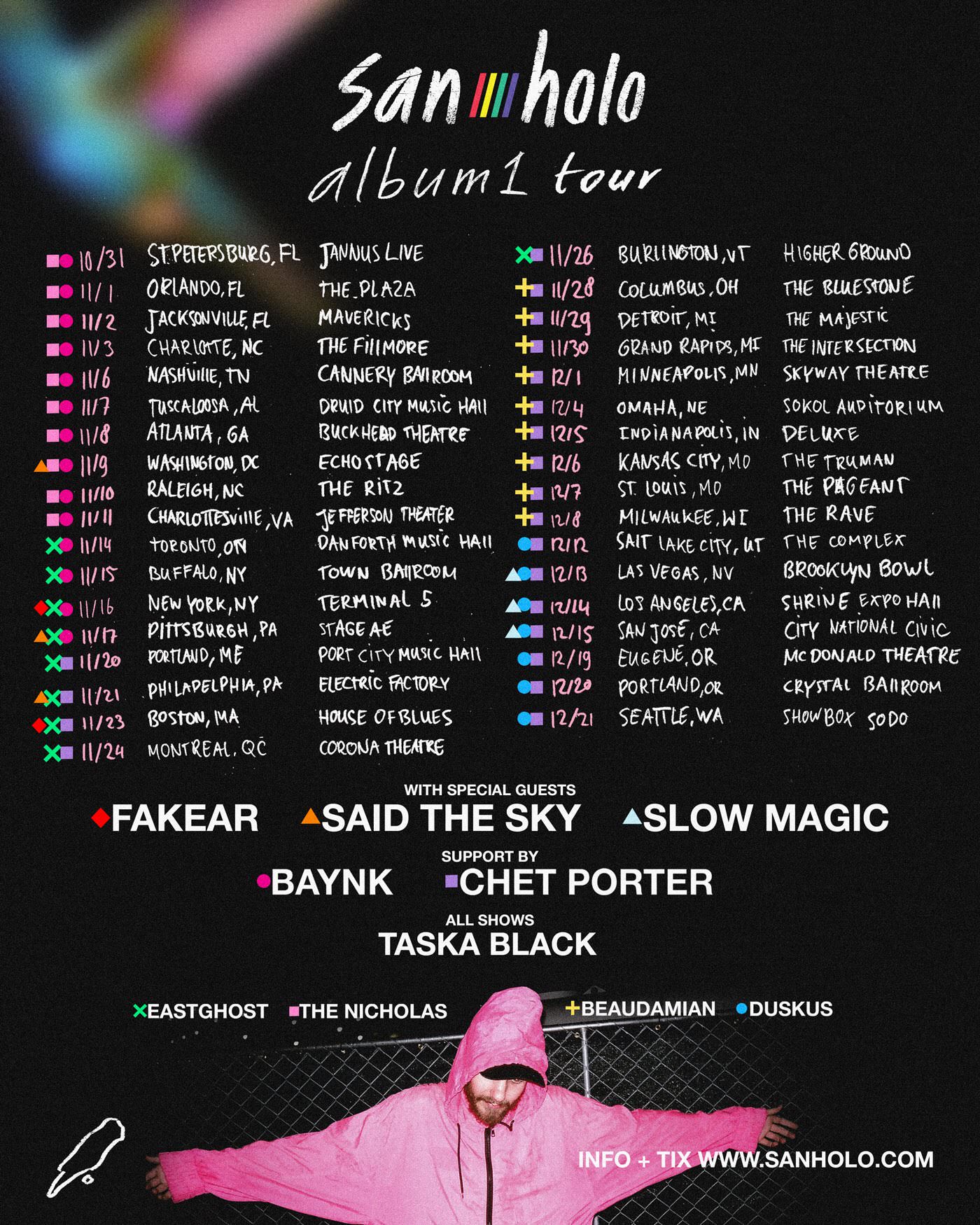 Make sure to grab your tickets here and don’t miss out on what’s sure to be an epic tour from San Holo!

You can presave the new debut LP “album1” now at this link to make sure you’ll get to listen when it drops on September 21st.