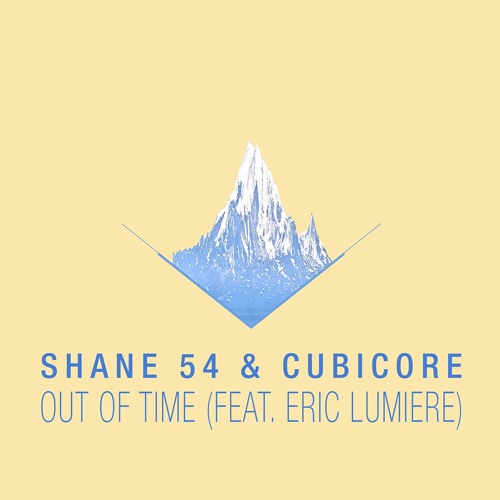 Out now is Shane 54‘s newest track titled ‘Out of Time‘ featuring Eric Lumiere. 2018 has been a turning point of sorts for him. For those that know Shane 54, you’ve been on quite the journey with this Hungarian. As a well-accomplished producer, DJ and performer, he’s been known as a polished and cultivated progressive trance icon.

His music encompasses a signature sound with elements of trance, house and progressive waves throughout the studio and to the masses. Elod Csaszar has been delivering electronic music in all its richness for years. This latest collaboration with Cubicore is just another chapter in a developing story.

The track is powerful and emotionally charged featuring the vocals of Eric Lumiere. If you recognize his voice it is because you’ve heard it through his collaborations with Cosmic Gate, Andrew Rayel, and others. From the first notes of the song, the verses build anticipation. There is distinctive trance production that ascends beneath passionate lyrics. The drop unleashes an explosive and euphoric release. It is possible that this song could become a new anthem.

Genre elites Above & Beyond have already taking notice, where they featured the song on Group Therapy. They even invited Shane 54 to provide the mix for the Anjunabeats Worldwide podcast. You can now stream the track below. Keep this one on your radar!