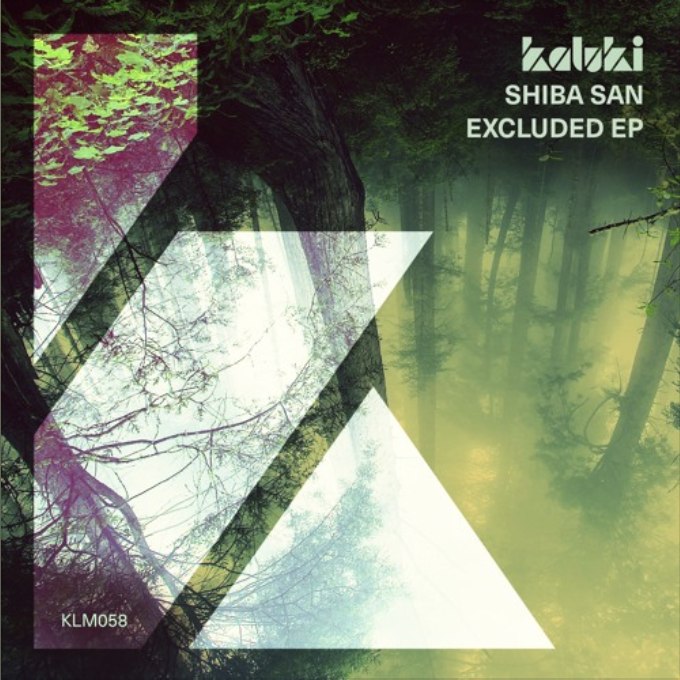 No stranger to the underground, French DJ and producer Shiba San is back at it again. A regular on well known labels such as Dirtybird, Relief Records and his own Basement Leak, he’s branching out into new territory. His newest two track EP is out now on U.K. based Kaluki Music. Excluded is an exploration into the deep, groovy sounds that inspired the tech-filled productions of Shiba San’s oeuvre.

As a whole this EP is incredibly minimal and precise. Not only is it a testament to Shiba’s incredible musical talent but also a welcome relief to today’s overproduced tracks. ‘Look Back‘, the first track on Excluded, solidifies the idea of returning to a simpler time. The thrust of the track comes from its deep, thumping bassline, accentuated with a repeated vocal phrase, higher frequency drums reminiscent of the bongo and some funky synth stabs.

The title track ‘Excluded‘ by contrast has much more diversity in the high end. However it still manages to hold true to the idea of calling back to the roots of techno. Refraining from the ever more popular buildups in mainstream EDM in favor of building a continuous soundscape designed to keep his fans dancing all night long, Shiba continues to create some of the most impressive tracks in today’s underground scene.

Give Shiba San’s new Excluded EP a listen in the widget below. If you’re planning on seeing the Frenchman throw down any time soon, don’t be surprised if his set gets minimal and techy. But you can be sure of one thing- he always brings the groove to the party, so plan to move your feet.