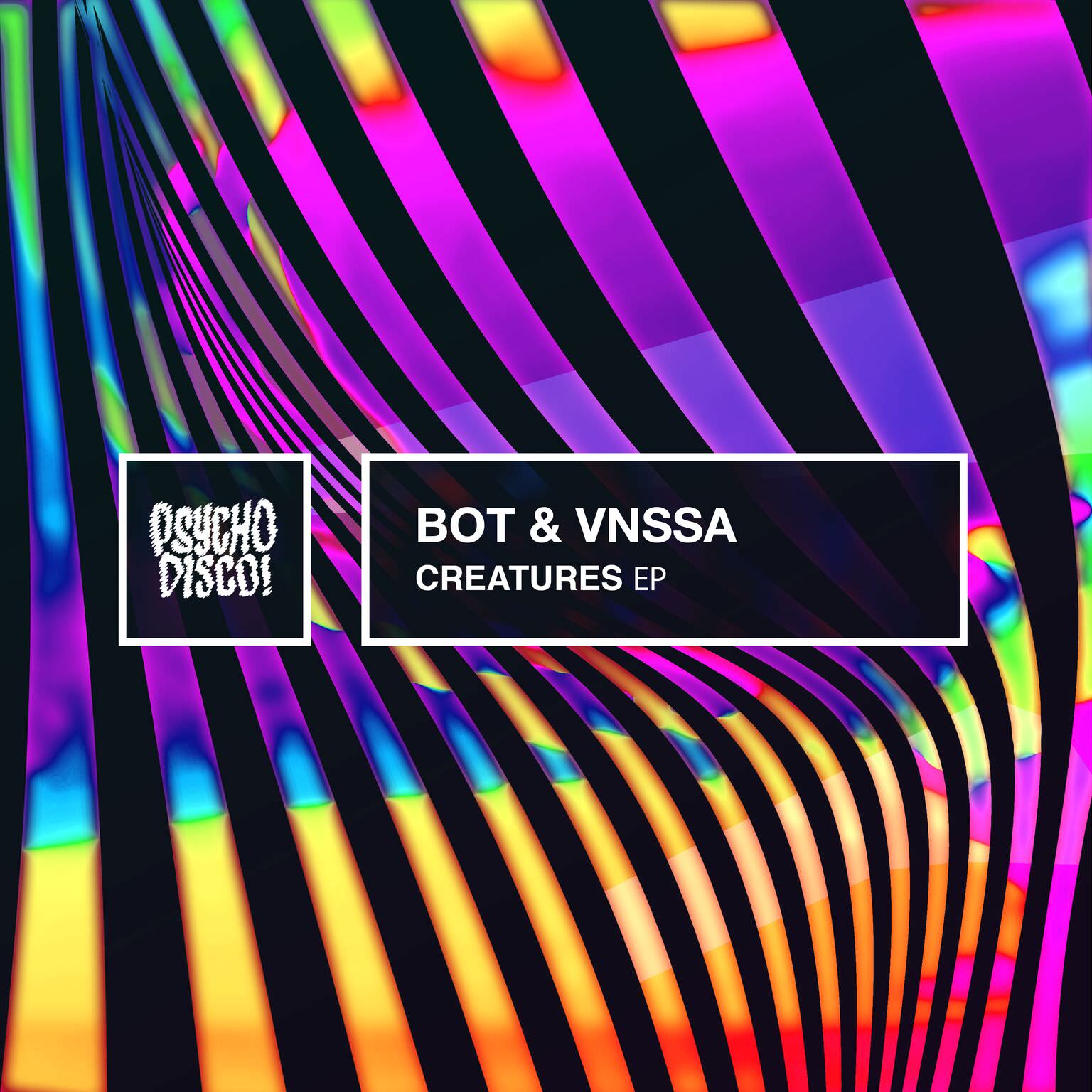 Some tracks are five minutes long and they feel like it takes forever to get to the end. There are even some tracks that are three minutes or less that feel like they are an hour long. Well that’s the exact opposite of BOT & VNSSA‘s new track ‘Everybody‘. Taken from their newest Psycho Disco! Creatures EP, ‘Everybody’ is one of those tracks that keep you so entertained throughout the entirety you’ll be confused when it’s over.

Relying heavily on the repeated phrase “Everybody wants me. Everybody looks,” this song doesn’t hold anything back. From start to finish BOT & VNSSA never let the groove die down. Even the breakdown is full of sonic stimulation, bringing the listener to the edge of their seat throughout the whole track. With a thumping bassline and kick underneath and intricately patterned claps on top, ‘Everybody’ is one of the most complete songs to come to dance music in a very long time.

Listen to this impressively crafted tune from BOT & VNSSA in the link below. This is a track guaranteed to leave you impressed and inspired. If you’re planning to attend Dirtybird Campout next weekend we would advise you catch VNSSA’s set to open the festival or Bot’s late night Silent Disco set. You have a pretty safe bet on hearing this tune live and it will be an experience you won’t regret.