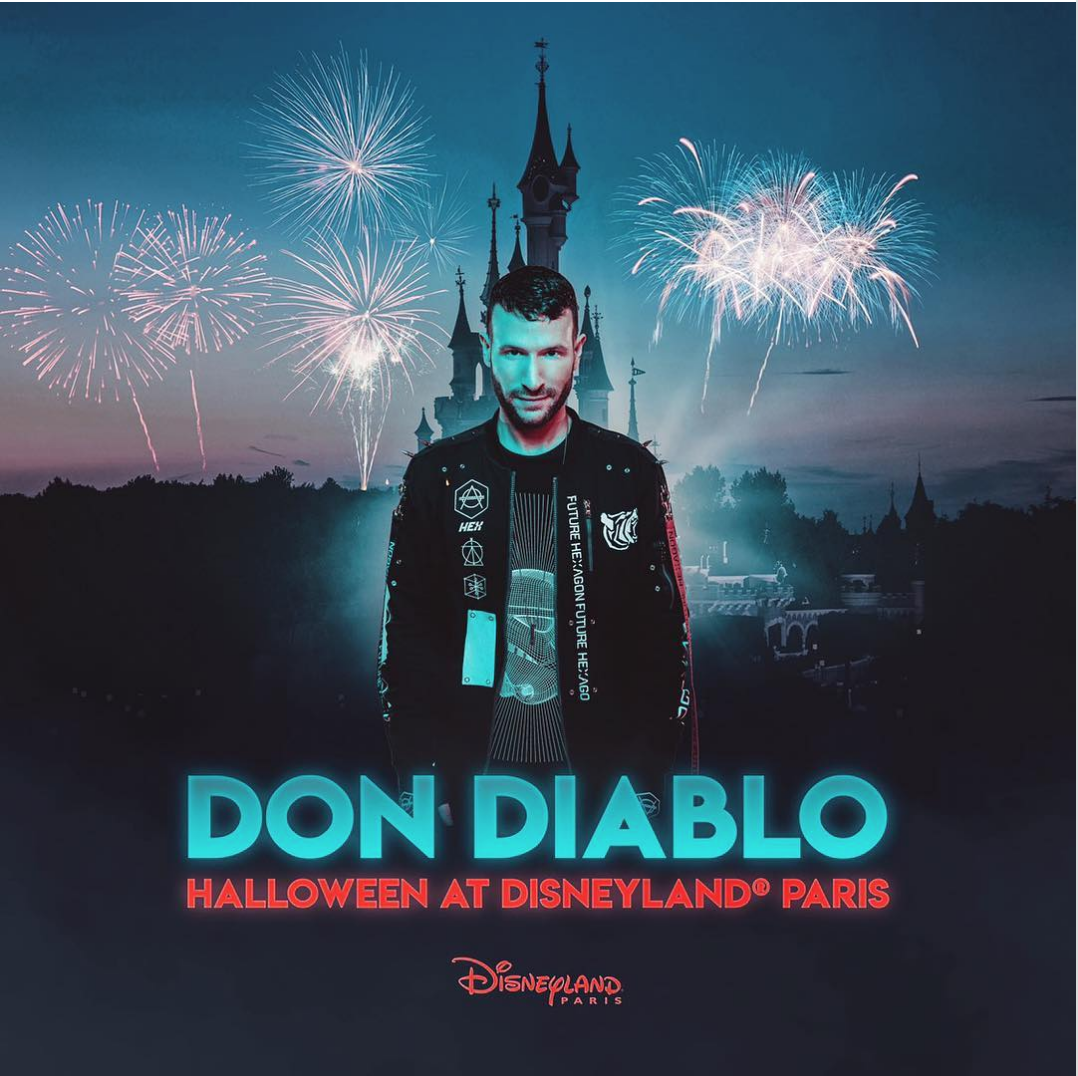 What could be better than going to Disneyland Paris during Halloween? Being able to see Don Diablo perform a special set. The Dutch DJ confirmed on Instagram that he will be playing a special Halloween show at Disneyland Paris. It has the potential to be an epic night with the combination of all the Disney characters mixed EDM will surely be a sight to see.

Diablo stated the performance will be taking place in the Star Wars area of the park. It is fitting that it will be in this part of the theme park. Earlier this year, he announced a collaboration with Star Wars on a clothing line. I am sure he will be including some spooky elements into his show for the special night.

Disneyland is no stranger to putting on a solid show for their guests. They have been hosting their own festival for the past few years called Electroland Festival. It has hosted some awesome lineups in the past. If you happen to be in the area for Halloween you have to make it to Disneyland Paris. You can buy tickets to the Halloween party here!

I AM going to DISNEYLAND! WILL be doing a special HALLOWEEN show this Wednesday 31.10 ? In the STAR WARS area! How EPIC is THAT!? #DonDiablo #Disneyland