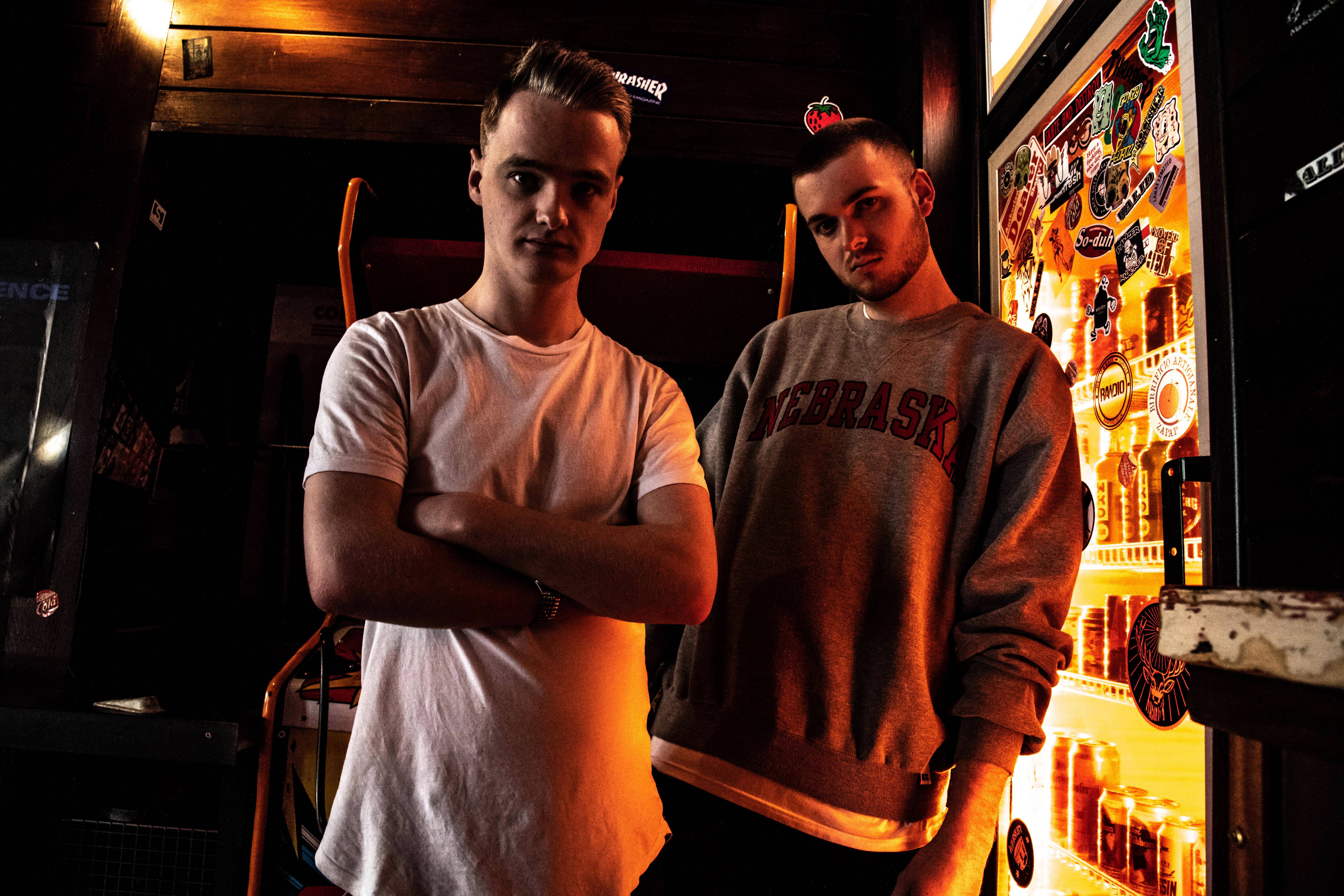 Duke & Jones are bringing the heat with their new ‘Dystopia‘ EP. If you haven’t given it a listen yet, it’s something I highly recommend. They’ve received support on the EP from everyone from Zeds Dead, to Diplo, and even Zedd.

Having easily established themselves as a pair of up & coming heavy hitters, the Manchester-based duo is on a hot streak after breaking through with their track ‘Tusk‘ and following that up through their Eclipse EP. The UK based duo are known for their distinct style, which has been called ‘Minimalistic Trap’.
If you give their discography a listen, it is easy to see that there is nothing minimalistic about it. In preparation for this interview, I scoured the internet for any and all information about Duke & Jones I could get my hands on, other than their press releases, and social media bio’s there wasn’t much to go on. This naturally led me to my first question, enjoy.

So looking online you guys don’t have much info out there. I see you’re from Manchester. What more can you tell us?

We’re both 22, and we’ve been producing together for almost a decade now. Besides music we are big FIFA players, or we used to be, before fortnite took over. Recent Netflix binges include: The Good Place and Stranger Things, although the all-time favourite has got to be community. Oh and we’re still gutted England didn’t win the World Cup. We really thought it was coming home…

I understand you’re a duo. How did you guys meet, and what’s it like working with each other?

We actually ‘met’ before we were born, because our parents knew each-other. We’ve sort of been in and around each other’s lives ever since. We went to the same primary school, although we properly became friends when we discovered we were both into producing music as a hobby. We started producing together in about 2008, so our working relationship is really good, because after so long we can comfortably give each-other feedback on sounds and ideas without worrying about hurting anyone’s feelings. Also, generally being in a duo is cool because there’s always someone to bounce things off, or to pass things on to if you’re not feeling inspired.

You guys will be supporting Zeds Dead on their Deadbeats show at Ministry Of Sound London. How did that come about?

We’ve been working with Deadbeats for a few months now, since we released Tusk with them in March. We’ve also got an EP coming out with them soon. Knowing we are UK based, they invited us along to play at the Deadbeats show at Ministry of Sound. It’s pretty crazy to have our UK debut at such an iconic venue and we’re very excited!

I noticed Duke & Jones produce a lot of original content, with some deep lyrics and unique drops. (Personally, I love them. And the drops are even harder) Where do you get your creativity from? What other producers/djs/ artist inspire you guys?

In terms of creative process, we enjoy taking things sideways from other genres into our own music – for instance, using silence/dropping out the instrumental to create hype, which we’ve been doing a lot lately and is a technique basically taken from mumble rappers. We also often use cinematic soundscape-y ambiences and textures at the start of tracks to help create a vibe and then try to imagine how the track would ‘look’ if it was a place.

Musically, we’re inspired a lot by the guys in the Danish trap scene, especially Snavs and Fabian Mazur. Pretty much anything that gets put out on Bitbird is also inspiring, in that they release things that tend not to sound like other things, and it makes you think about how you could push your own boundaries. We’re also big fans of the way DJ Snake has varied his sound and built his brand so that he can release pop songs and hard trap without a fan backlash. In terms of the kind of music we’ve been making recently, people like TYNAN, sumthin sumthin, Rome in Silver and Watgood have been influential.

Do you have any dream collabs?

Apart from everyone we’ve listed as inspirations, we’d love to get a hook or something off some UK grime legends like Skepta or P Money, or get the Migos to do 3 minutes of ad-libs to mess around with. Vocalists like MØ, ASHE and Nevve would be cool too. Oh and Ariana Grande.

We’ve got the Zeds Dead show, and then our EP on Deadbeats in October which we’re very excited about – it’s probably our most cohesive body of work to date and some of the tracks have been getting juicy early ‘ID’ support! We also have plenty more tracks coming out in the next few months – currently sitting on some of our personal favorite tracks so we’re excited to show you what we’ve been working on!