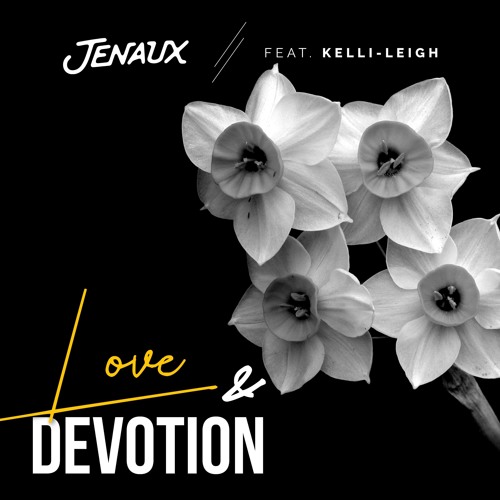 Can you mix electronic dance music and soul? Yes, you can and the result is Jenaux’s powerful, funk-ridden new release titled “Love & Devotion” featuring Kelli-Leigh. Out now on Things & Stuff, this is a well-deserved track on Spotify’s New Music Friday Cratediggers and New Music Friday UK. With two and a half years in the making from the New York-based producer, this is one of his most impressive pieces to date.

It’s a slow house ballad, but with a lot of energy behind it. Rocking the sexy saxophone in the background, Kelli-Leigh sings into your soul. With such an emotional vocal delivery, let your extemporaneous body moves feel real emotion. The driving percussion and rhythmic, riff-based lines give a steady backbeat and conclude the track. As you close your eyes and feel the catchy rhythm, you do feel you deserve love and devotion.

Eugene Veltman worked to finish this record in late 2016, where it was loved by all but business needed something more out of it. Regardless of the barriers to its release, he pushed through and made it happen.

The title attests to everything that he felt during the process of making it. His classical music theory shines through in all his productions. As this young artist quickly climbs to the top, he reminds us to surround ourselves with people that will be patient and believe in you. When the going gets tough, the tough get going. Believe in something that you want badly enough and don’t ever give up. If you do, you’ll never succeed if you quit. Truer words have never been spoken, so let’s live by them.

If you’re looking for some funk, soul, Love & Devotion, listen below!