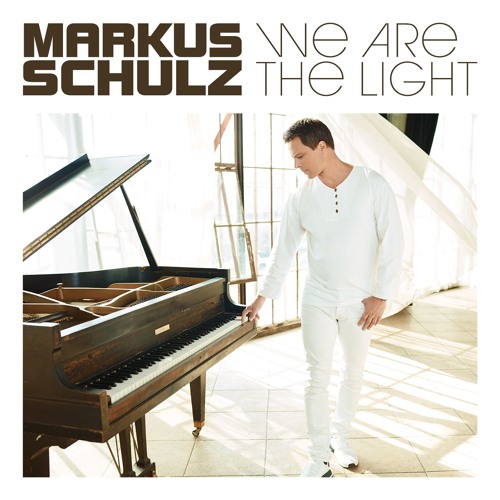 Markus Schulz – We Are the Light

After a magnificent run with his Dakota project, Markus Schulz is back releasing music under his own name. Today marks the official release of his latest studio album We Are The Light. The album gets it’s release through the famed Black Hole Recordings. It is a 16-track masterpiece that also features 15 of those tracks in their acoustic form.

Deep breath and embrace. The brand new album, We Are the Light, is finally here. https://t.co/rlvIPHF0lv

Schulz seemingly has gone through hell and back to bring this album to life. On Armin van Burren‘s ASOT885 episode, Schulz had some choice words to say about his latest project:

“When I did the Dakota project last year, it kind of came from a very dark place. I was having all these very dark feelings with all the stuff going on in the world. But with this album, it kind of came from the same place, but it was kind of a statement to say “Enough of this.” We need to be the light, to kind of show the world how beautiful everything can be when we are all together, you know?”

In listening through the entire album, one can’t help but feel the uplifting nature evident in Markus’ message. It begins with the supremely uplifting and new theme song for Transmission ‘The Awakening.’ This track is a classic trance anthem that will have the O2 Arena on cloud-9 in a few weeks. Loads of inspiring vocal tracks throughout, including ‘Road of No Return,’ ‘Heaven,’ and the title track ‘We Are the Light‘.

In a bit of a different twist, one song title is simply coordinates, ‘51º11’17″N 10º3’10″E [We Haven’t Lost Our Way].’ These coordinates when entered lead you to Eschwege, Germany, Schulz’s birthplace. The message with this euphoric track is clear – keep an eye on where you are going, but never forget where you come from.

Later in the album, we finally get the finished products of previous releases. These some of the most powerful vocal tracks in recent memory, and all involve female vocalist royalty. ‘Calling for Love‘ with JES, ‘Breathe Me to Life‘ with fiancé Adina Butar, ‘Safe from Harm‘ featuring Emma Hewitt, and ‘Symphony of Stars‘ with Christina Novelli. That run of tracks will bring even the most hardened souls to the verge of tears.

The final track, ‘Upon My Shoulders‘, is another inspiring anthem that premiered at Dreamstate San Francisco. He told Armin that this was the “hardest track to finish” because it was created as a guitar track. Every move he made, he made it sound worse, and over-produced. It ended up taking about three months to complete. Well, the wait was definitely worth it.

Cover-to-cover, Markus Schulz’s We Are the Light is truly a wonderful step forward for the trance icon. Methodical, pensive, and uplifting, we cannot wait to hear it again and again.

Checkout the full album (and acoustic versions) below on Spotify!