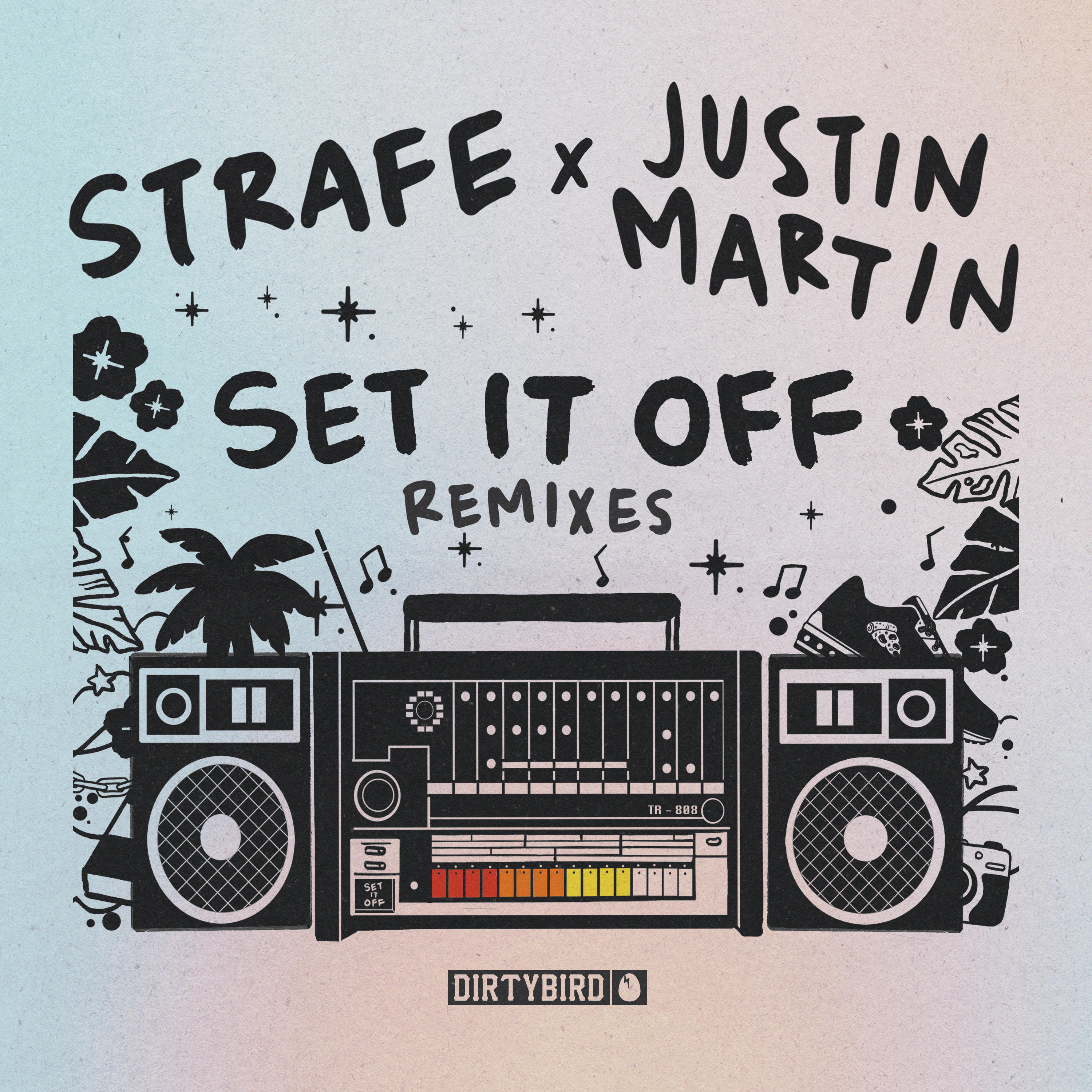 There is little margin for error when you are named DJ Mag’s #1 producer in North America. Every track you create from that point forward will be met with scrutiny and skepticism, with comparisons to older tracks and other great producers. But when your name is Justin Martin you don’t need any room for error. With one of the most flawless legacies in production and one of the most entertaining personalities on stage, the co-founder of Dirtybird Records delivers another stunning gem in his newest release. Justin Martin’s two-part reflection on Strafe’s classic ‘Set It Off’ showcases his raw talent and mastery of the art, presenting two unique perspectives on a familiar motif.

If you have seen Justin in the last eight months including Dirtybird Campout East Coast you probably remember this iconic track. Although the most recognizable parts of the song are the vocal stabs “set it off’ and “let’s get this party started right,” they are far from the most impressive aspects of the song. Like any other JMart production, his remix of ‘Set It Off’ is replete with technically proficient arrangement unlike any other artist in the game. A seven and a half minute masterpiece, the Justin Martin remix of ‘Set It Off’ achieves a sense of other-worldliness through precisely timed break beat kicks, a perfectly orchestrated set of clap patterns and a constantly stimulating soundscape in between that leaves the listener breathless. As the track transitions through several movements it never loses its drive, keeping the energy alive from the first second to the last.

As if one of the most impressive tracks released in 2018 wasn’t enough, this remix EP comes with a Justin Martin Party Starter remix as well. Definitely a different flavor than the regular Justin Martin Remix, the Party Starter rework still brings more than enough heat to the dancefloor. Much more minimal and techy than its better known counterpart, this remix really flexes the low end of sound systems with its intense throbbing bassline. Full of an undeniable jungle vibe, getting too close to the speakers on this one will rattle your ear drums and your stomach. It is still a Justin Martin remix after all!

The mark of an impressive DJ or producer is the ability to be weird and unpredictable and still make complete sense with your music. Justin Martin accomplishes this flawlessly in his new remix EP for Strafe’s ‘Set It Off.’ And although it has been heard in Justin Martin’s sets for quite some time, it is finally available here for purchase.  In a world of constantly changing music it’s hard to find tracks that have staying power. But you can expect to hear ‘Set It Off’ for at least the next year. There is no telling if this song will ever fall out of style and if it does it will be a long long time. Give Justin Martin’s newest remix EP a listen below and let us know which version of ‘Set It Off’ you enjoy more!