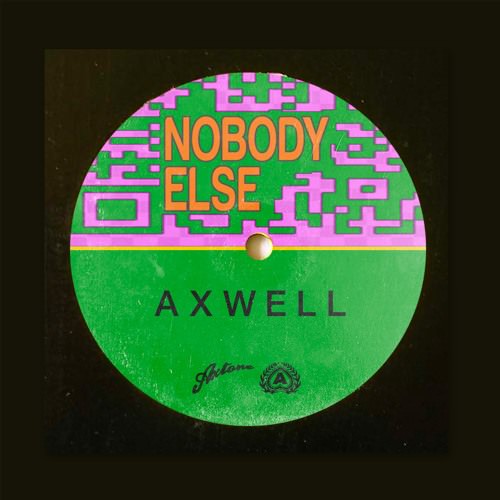 The king is back and oh my what a track this is. Axwell needs no introduction because his production quality and delivery ain’t like “Nobody else”. Masterfull in production and groove, Axwell’s “Nobody Else” is highly deserving of being crowned the “Hottest Record in the World” by BBC 1’s Annie Mac.

Its been a while since we got a solo track from the Swedish maestro. But the wait was definitely worth it. Speaking about the release of ‘Nobody Else’, Axwell said:

“It felt like the right time to release this kind of record. Something that felt fresh but was still connected to me, to my roots, and to the music I made years ago.”

‘Nobody Else’ is a banging, groovy house record. The track starts out with a superb groovy intro, one that’s sure to get the dance floor moving. The break is layered masterfully with a vocal going “If I can’t have you I don’t want nobody else”, which is exactly my feelings when I see festivals without Axwell on the lineup. This is one of those records that are so incredibly balanced it’s uncanny. It’s not too in your face and it isn’t too intimate either. Its that perfect sweet spot in between that is sure to get anyone rocking and dancing to it.

And with the return of Swedish House Mafia right around the corner except to hear this heater, as it slots right into setlist like nothing else. Having announced 4 Festival dates this summer along with their Stockholm shows. Along with Axwell himself confirming new SHM music. We can rest assured the boys are about to steal the show like “Nobody else”.