Nathan Shaw, better known by his stage name Ekali, has made a name for himself on a worldwide basis. His chart-topping singles such as ‘Blame‘ with the very talented Zhu, ‘Leaving‘ featuring Yuna, ‘Forget How To Dream‘ featuring K.Flay, ‘Unfaith‘, among many more have gotten him serious recognition.

Recently, the OWSLA artist has revealed that he will be taking on an exciting new project that will be dropping in 2019. Trust us when we say his army of followers couldn’t be more ecstatic!

Yesterday, Ekali took to Twitter to announce that he will be dropping a full-length new album. Furthermore, he confirmed that there will be no collaborations with producers, no ghost productions, and even more exciting, he will be mixing and mastering it all himself.

In addition to this exciting news, one Twitter user inquired if an Australian tour would be on the radar, and it didn’t take long for the beloved producer to confirm by a single “Yes!” 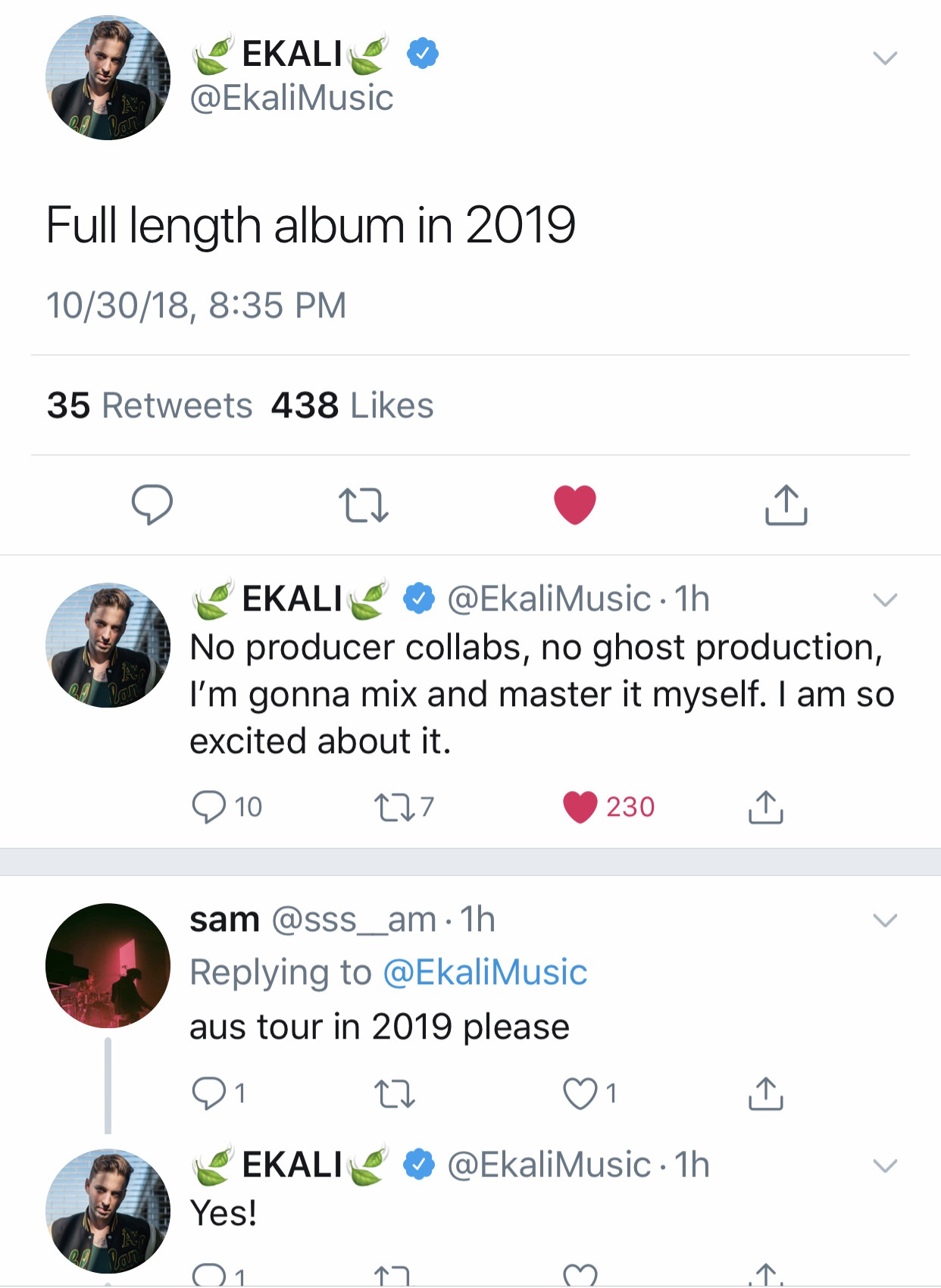 Fans are beyond thrilled and are counting down until the new year to hear what the creative musician has in store. One thing is for certain, after years of experience, there are no doubts that this undertaking will be nothing short of special.