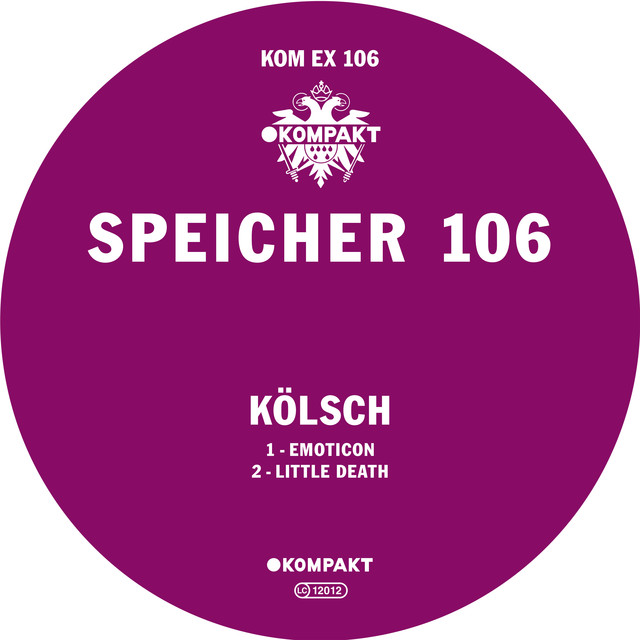 Rune Rilley Kölsch keeps finding new ways to dazzle us. The master of the dark underground, Kölsch releases his two-track “B-side” Speicher 106 EP. The combo platter sees its release through German-based Kompakt, a celebrated minimal techno outfit. The Danish dynamo takes a delve into a bit of a different sound on Speicher 106, and it has fans excited.

Following the release of the EP, Kölsch was pumped to share his tracks via social media:

Diving into the music, we start with the diverse and different ‘Emoticon.’ Unconventional by Kölsch’s standards, the otherworldly track takes the listener on a space journey. Sonic zips and soundscapes hit new plateaus. The clashing together of eclectic tropical riffs with the bass takes a little getting used to, but ultimately comes together to make one quality track.

‘Little Death‘ is a bit more what we are accustomed to from Kölsch. A deep-diving, groovy beat merges with an acid house ambiance. While it takes some dark dives, the overall product is rather upbeat. The use of a choir chant taking control over the massive beat leads to a delightfully epic release. Expertly crafted and nuanced to the trained ear, this track is some of Kölsch’s best work.

The EP gives something new along with something tried and true. In addition, we learned that the Great Dane will be coming stateside for a U.S. tour. He will visit New York, Chicago, San Francisco and Los Angeles. Seems fitting after he conquered the Eiffel Tower last year with his techno jams.

Give a listen to both tracks on the EP below through Soundcloud.