Porter Robinson and Madeon’s song ‘Shelter’ has surpassed one hundred million plays on Spotify. The collaboration was released on August 11, 2016.

Robinson and Madeon both announced the milestone via their Instagram stories. Each posted a screenshot of their top played songs.

It was a moment that felt planned but probably wasn’t. The fact that they used the same shade of bright pink to annotate their picture is most likely just a cute coincidence.

This is not the only news about ‘Shelter’ that has come out recently. Back in October, Robinson released concept art for the music video to celebrate the second anniversary.

It’s hard to believe the song is only two years old. We can’t wait to see what new milestones it will reach in the upcoming years, and how both artists will continue to celebrate their collaboration.

Listen to ‘Shelter’ (and add to the Spotify listens) down below. 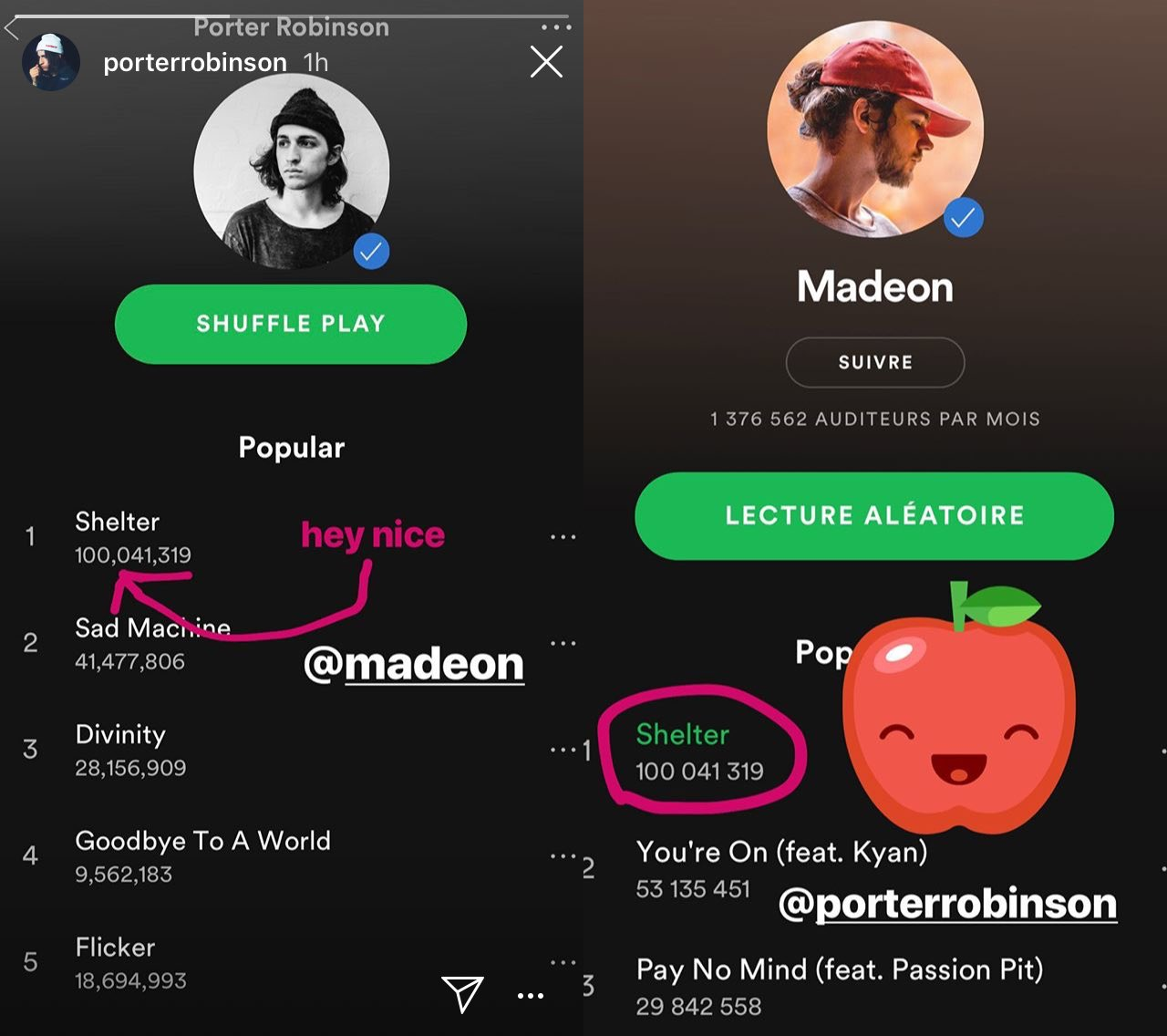