After all the leaks and rumors of a complex foldable smartphone these past couple months, Samsung officially revealed its product to the public today. With Apple struggling with iPhone XR sales, even cutting down their production on the lower range smartphone, Samsung may be able to take the lead with this new phone. Others though, question whether this is a right move in the smartphone industry. At 1p.m ET, 10a.m PT, Samsung’s 2018 Developers Conference went live from San Francisco. If you weren’t able to sit down to watch the stream, here’s what happened.

First on the list, is of course a foldable smartphone. Imagine having a bendable OLED display that can unfold out of your pocket. The new Infinity Flex Display was shown briefly, only for a couple of seconds. Justin Denison, Samsung Senior Vice President of Mobile Marketing, held the phone in a tablet, and folded it right in half. The lights were dimmed and we weren’t able to get a good look at the build. When folded, the phone looked to have thick bezels, something most smartphone makers are trying to eliminate. On the 7.3 inch display, it’s reported that users will be able to run three apps simultaneously. Production is said to begin in the coming months and available to the public sometime in 2019. No news of price or specifications of the device are available yet.

Other than the foldable smartphone, Samsung announced that Bixby would be opened up to third party developers in an attempt to get more people interested in using it. They also plan on getting Bixby into more devices like Smart Tv’s and their own smart speaker. Speaking of smart speakers, already behind competitors like Amazon, Apple, Samsung is finally getting on board with a smart speaker. The Galaxy Home was revealed earlier this year, but today, they only spent more time explaining how it would work in your home. Surprisingly, there still isn’t any news on an official launch date or price which is a little concerning. With so many smart speakers on the market today, it really makes us question if we need another one. 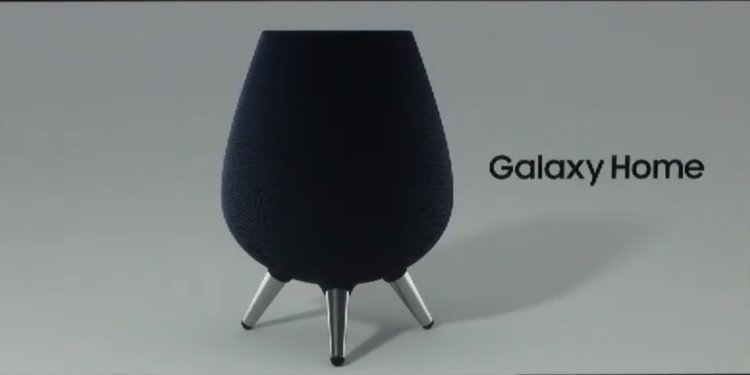 if you weren’t able to watch the event live, take a look at the full recorded stream below.