2019 is nearly here, and the lineups just don’t stop coming. Today we bring you a great one, in the form of Detroit‘s Movement Music Festival. Taking Place at Detroit’s Hart Plaza, the event is to be held on Memorial Day weekend.

Earlier today, Movement shared the lineup to their Facebook page. The lineup features Amelie Lens, Chris Lake, Hot Since 82, DJ Nobu, and many more. The one name that stands out from the list is the UK Dance duo Orbital, as this is their first live appearance in Detroit in nearly 20 years. It should also be noted that this is the duo’s first-ever performance at Movement.

If you’re a fan of this style of music, you are in for a treat, as Movement Music Festival is known to bring the heat. There are still some acts that have yet to be announced, so it will be interesting to see who else is added to the lineup. I wonder if Diplo will make an appearance.

Tickets to Detroit’s Movement Music Festival can be found here. See you there! 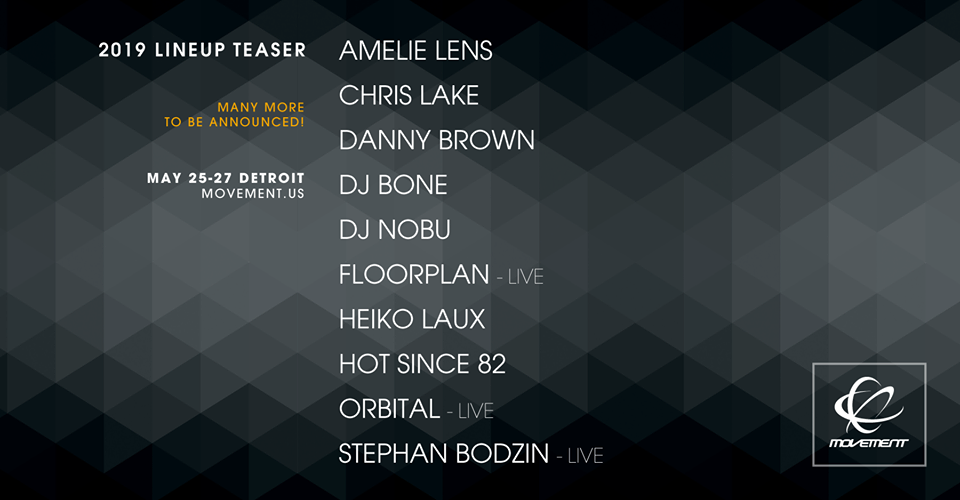