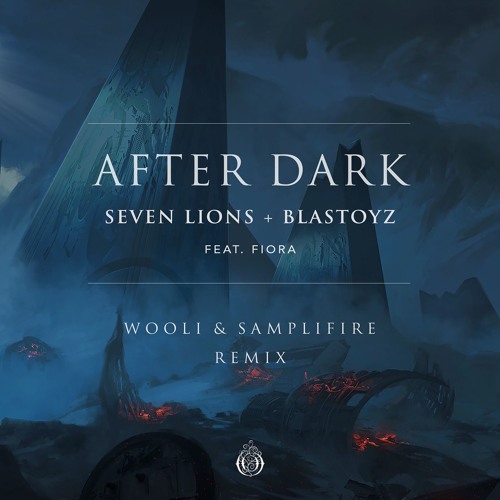 The battle between Psytrance and dubstep begin with this latest release of ‘After Dark‘ by Seven Lions & Blastoyz featuring Fiora. Remixed by Wooli and Samplifire, this track will make even the lightest of heads bang. Don’t believe us? Take a listen.

Starting off slower than the original, the anticipation builds for how this song is about to turn out. Like getting ready for a battle, you feel yourself aching for a voice, a beat, anything. Suddenly, the familiar chorus begins with a light marching beat. As soon as the breakdown touches down, the wobbly bass introduces itself into the buildup. Grime ensues with that dirty drop–syncopated tuplets for the win, right headbangers? Feel that bass oscillating within you through each drop.

This has been a big year for dubstep. People of the genre had great things to say about the behemoth and French bass producer’s rendition of this already transcendent classic.

Wooli hails from New York and in recent years, he’s built his wooly mammoth aesthetic with a knack for heavy-hitting dubstep music. Be prepared to break your neck, his additions took us by the tusks with this one. French bass producer, Samplifier, takes us through a journey through electronica into the deep, dark, and beyond. He provides the chilling, horror-escape as we ride that low bass. Such an evolutionary approach to this genre begs the question: which version do you like better?

How did the dubstep implementation fair for this song? Is there a better trifecta? Let us know your thoughts and listen to it below!