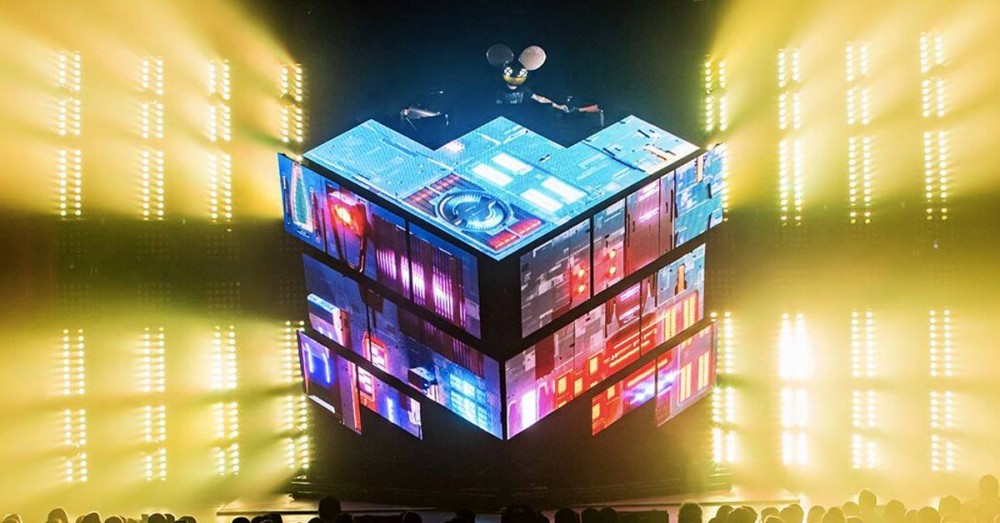 If you follow Deadmau5 at all, you know his affinity for all things quirky and nerdy. The video game inspired tattoos make it impossible to ignore when you see the Mau5trap boss. But these traits are what lead him to create music, drive souped up sports cars and create intricate works of art like his patented CUBE. And although the CUBE 3.0 doesn’t premiere until Ultra Music Festival, Joel Zimmerman simply could not help but nerd out on the internet about his hard work.

Taking to one of his favorite mediums of the internet, Deadmau5 really started geeking out with Reddit yesterday. And the best part? You don’t have to be a computer science whiz or even generally knowledgeable about technology to see how impressive it is. One stat that will boggle your mind is “probably close to 169,120,000,000 individual calculations per second” happen during a CUBE 3.0 show. That’s 169 trillion calculations each second. And there are 5400 seconds in an hour and a half set.

But if that isn’t enough to feed your curiosity, you can check out Deadmau5’s Reddit post. There’s some interesting information on how the shading in the lights work and even 4 lines of coding used in the program. But whether or not you decide to dig into the nerdy side of the CUBE 3.0, one thing is for certain. You’ll want to be on the dance floor during Deadmau5’s set at Ultra this year.