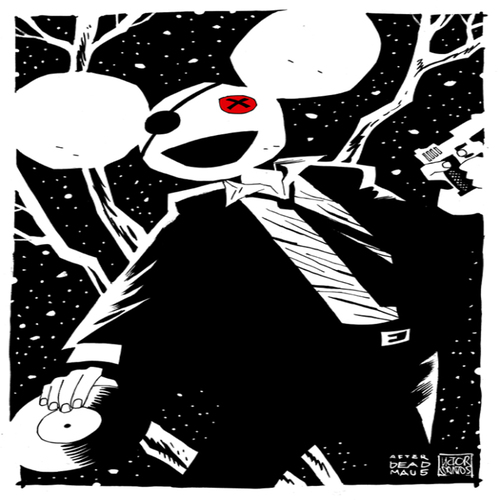 The rumor mill is ablaze right now as news about a new Deadmau5 album release quickly circulated. Talk of his newest album ‘Polar OST’ was the spark that set the world on fire. Because it was posted to a new Deadmau5 content Redit feed, fans everywhere are in a frenzy. Stampedes of Mau5trap junkies are scrambling to find a reputable streaming service willing to share it’s snippets. Coinciding with tomorrow’s US release is the premiere of the film ‘Polar: Came From the Cold’ which the album scores. News on that front has been quiet as well. That silence, though deafening cannot hush the rumble of fans chasing a new Deadmau5 release and it’s hype machine.

Little information has been available regarding the new Deadmau5′ album. Coverage about the film and score have been fleeting at best with a short blurb about it in Rolling Stone Magazine that barely meets the threshold of a teaser. Magnetic Magazine was able to shake a few words out of Jonas Akerlund, the director of Polar, when he said, “Deadmau5′ unique and cutting-edge approach to composing Polar exceeded our expectations.” This too, only left the fans wanting more.”

As for Deadmau5, he normally isn’t one to bite his tongue. But, he too has had little to say. He merely acknowledges the Rolling Stone article with his tweet from September that said:

well, the mouse is outta the bag,….working on my first film score for @constantinfilm @Netflix's #Polar. So in honor of @theofficialmads character, I'll be wearing an eyepatch the entire time #blackkaiser

Along with that he sends a shout out via retweet to Victor Santos who created the graphic novel adapted for the film when he said:

that's coz youre the man! im getting a high res print of this for my living room 😀 thanks so much for the opportunity Victor! https://t.co/1QbvCCmVM1

Up to now, there isn’t even a peep coming out of Deadmau5 regarding this project in particular. And for the record, it should be noted that his website is currently being added to the ever growing list of peep free zones as of this writing.

Whether ‘Polar OST’ or the issues he dealt with last October, are causing his seclusion remains to be seen. Forbes Magazine’s new Deadmau5 interview makes mention of ‘Polar’ with regard to its artistic aspirations. Although, his talk on abandonment of all social media sites is prevalent in the very same interview as well.

At this point, one can only speculate what tomorrow’s new Deadmau5 drop will bring. For now, set up your pre-save for the album on Spotify, iTunes, and Deezer. Or, you might even try following this curiously named link to a Feature.FM page offering more pre-save options. Regardless, you’ll have to just wait and see what treasures the Mau5trap will bring.