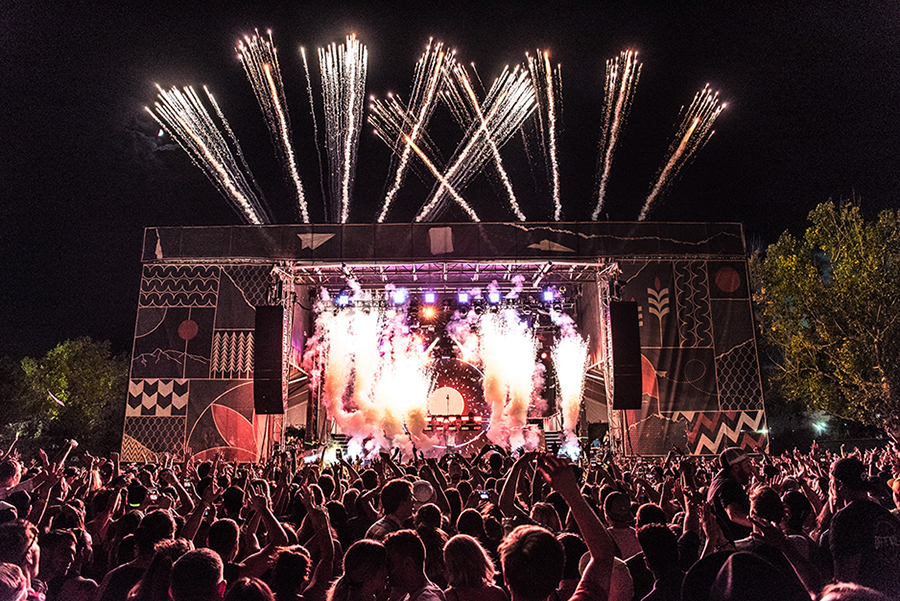 There seems to be a new festival emerging left and right as event planners are catching on to this whirlwind culture. From the likes of Woodstock 50, Coachella, Ultra, and EDC, the list continues to span far and wide. With highly anticipated line-ups being released on a weekly, it’s almost torture to have to pick and choose. Well, festival-goers can now budget out Denver’s highly anticipated Grandoozy as they have officially announced it’s 2019 hiatus. Taking to the official Grandoozy Twitter feed, their reasons revolve around developing a more unique and sustainable world-class festival. 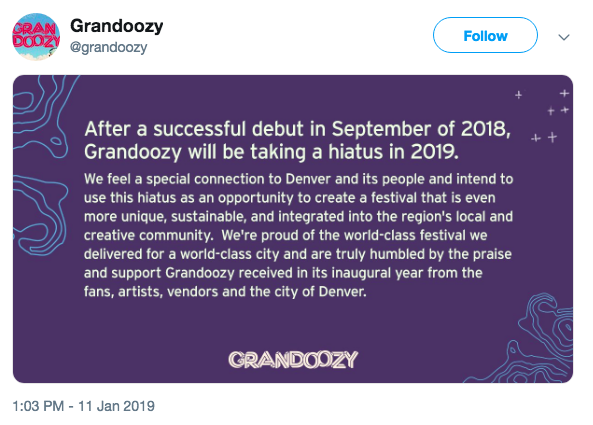 This three-day event only debuted September, 2018 and was home to 55,000 attendees at Overland Park. Despite the rookie status, it was supported by a stellar lineup featuring—Kendrick Lamar, Florence & The Machine, Stevie Wonder, The Chainsmokers, and Logic.

Although it garnered skepticism upon initial debut announcement, Grandoozy has since proven itself. While it gained many enthusiastic fans in the one-year run, it has also received praise from many locals. City officials are reportedly saddened to hear of the hiatus, and are hopeful that Grandoozy will return in 2020.

As the festival has a contract with the city through 2022, it certainly does not seem like the first and final year we hear from Grandoozy. For now, we can only patiently wait and see—fingers crossed for 2020!