Having paved the road for trance since the 1990’s, Ferry Corsten continues to set new unprecedented limits. Listed in DJ Mag’s Top 100 for the 8th consecutive year and nominated for ‘Best Trance DJ’ at the 2018 DJ Awards, 2018 was an impeccable year for Ferry, and there’s no sign of the momentum slowing down. From the recent release of his debut film score for mystery thriller, ‘Don’t Go’, to another UNITY collaboration track on its way, this veteran DJ will be returning to New York City on January 25th—and you don’t want to miss it!

As an ongoing collaboration project to bring all subgenres of trance together, we can expect UNITY to remain the focus of 2019. With Paul Oakenfold, DIM3NSION, Jordan Suckley, Saad Ayub and most recently, Ilan Bluestone, having already released tracks for this project, Ferry continues to have a strong list of collaborations ready for 2019. According to sources, the next track can be expected to drop as early as next month and Ferry is already teasing its final touches. 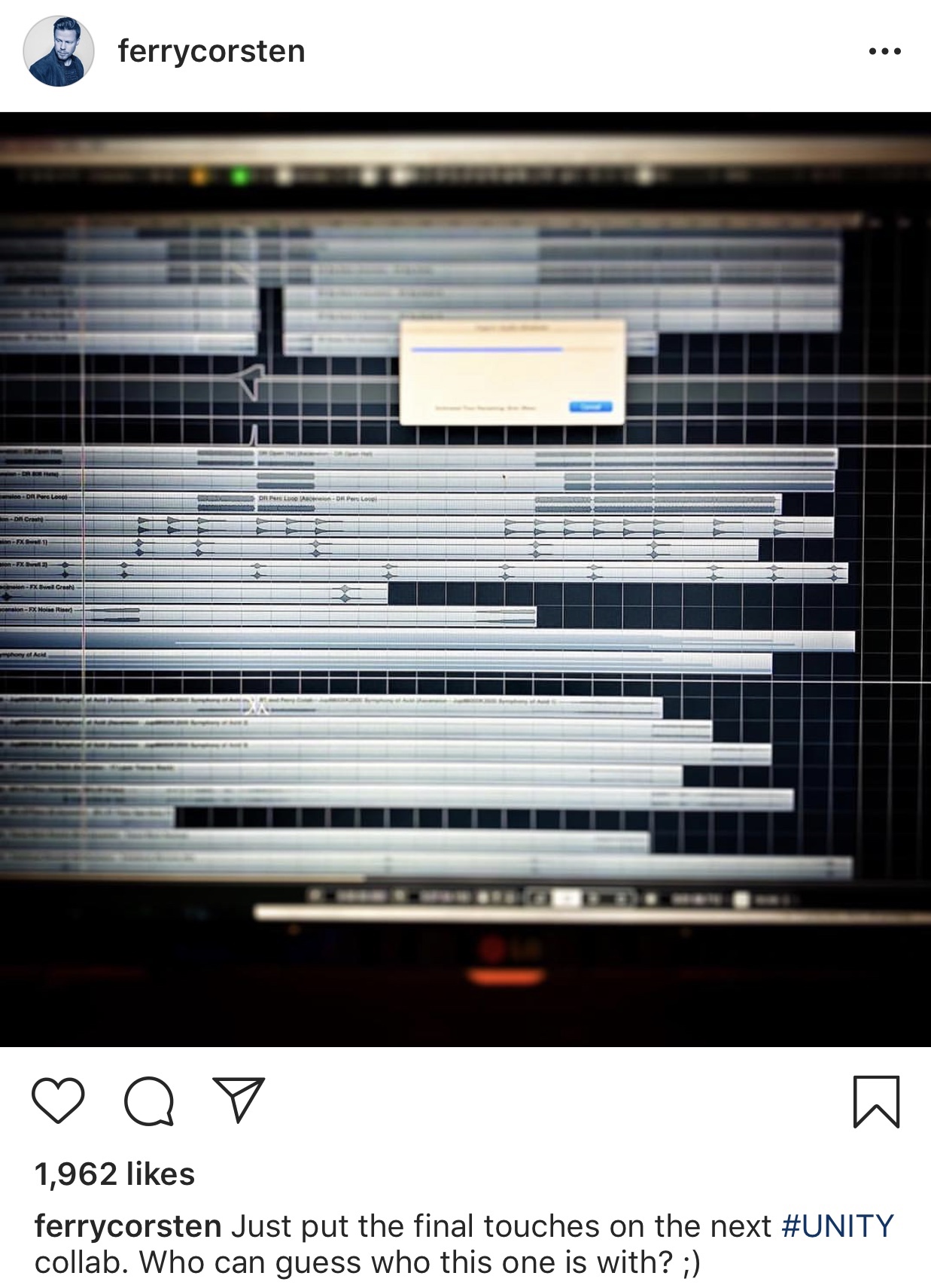 If our guess is just as good as yours, we can speculate a track with a popular artist already thrown into the mix. Enlightened in a previous EDMTunes interview, such artists include—Alpha 9/Arty, Markus Schulz, BT, Gabriel & Dresden, and potentially, Gareth Emery. While an official release date has not yet been announced, it isn’t uncommon for DJs to showcase their upcoming work at their sets. That said, your best bet for a sneak peak can happen at Schimanski this coming Friday, January 25th. Witness Ferry Corsten live at this Brooklyn venue and be sure to grab your tickets here before they sell out!