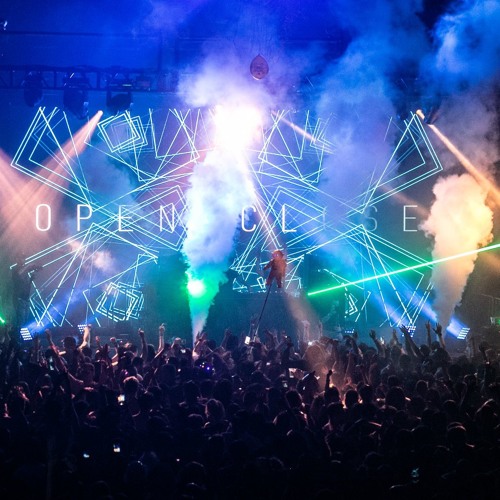 Gareth Emery‘s latest OpenXClose concept is definitely a lofty one. His hope is to create a more immersive experience from his festival shows by playing extended, deeper sets. The OpenXClose idea was in full stride on New Year’s Eve at The Brooklyn Hangar in NYC. Today, he has uploaded the full set to his Soundcloud for our listening pleasure.

With the crowd full of energy from 9pm-4am, Gareth was on fire from start to finish. Opening with some softer, progressive tracks, Gareth quickly ramped things up for the ball drop. As evidenced by in this Instagram post, it looked like a night of madness to ring in 2019:

Seven hour set last night. . Madness. . Longest I’ve ever played (the only other 7h was at Sankeys in Manchester in 2011). . The mad thing about last night was it still looked like this at 4am. . New Year can be a washout after midnight. People usually go too hard to early and by 1am it’s dying out… and frankly I was expecting the last hour to be a proper graveyard shift. However that didn’t happen at all. . New York you did yourselves proud. What a city. What people. Amazing ? . Saving Light for the NYE moment. Yep, not very original but a beautiful moment and we timed the drop bang on midnight to the second… so I’d say that was a job well done even though the confetti and co2 didn’t work ? . Big love to @emmahewittofficial @ashwallbridge @jonathanmendelsohn for sharing the stage with me, and @nicelasers @kassyruimy @stevencunniffe for hard as fuck work behind the scenes.. . Oh and WE RECORDED IT TOO ??? . Happy New Year ?? . #openxclose #trancefamily #newyearseve #savinglight #happynewyear #garethemery

The OpenXClose set featured special vocal performances from Emma Hewitt and Johnathan Mendelsohn. Emery and Hewitt are still beaming from the release of their track ‘Take Everything.’ In addition, Ashley Wallbridge joined Gareth on stage for a 2-hour B2B in the heart of the night. Reportedly, Emery and Wallbridge have just finished up tons of new music, potentially an album’s worth.

Gareth will be taking his OpenXClose to the next level in 2019. Will you be part of the action? Keep an eye on his tour dates for the next performance!

Here is the full Gareth Emery OpenXClose via Soundcloud – enjoy!