As we all get ready to take on the new year, electronic company LG has revealed a one-of-a-kind TV at the Consumer Electronics Show in Vegas this past Monday. CES saw many impressive pieces of tech, but most of us can agree this TV is the future of TVs that we’ve been waiting for. At the event, LG showcased a massive 65-inch 4K rollable OLED television named OLED TV R. In the video below, the TV magically rolls up and out of a small box base.

Yes, it looks like some sort of magic trick – but LG claims this TV will be on sale later this year. Bendable or foldable screens have been in the news recently in smartphones, but many of us did not expect this in a TV. In your home, a hideaway TV could quickly transform your living space when not needed. LG has not given a price for the OLED TV R yet, but we can expect it to be insanely expensive. 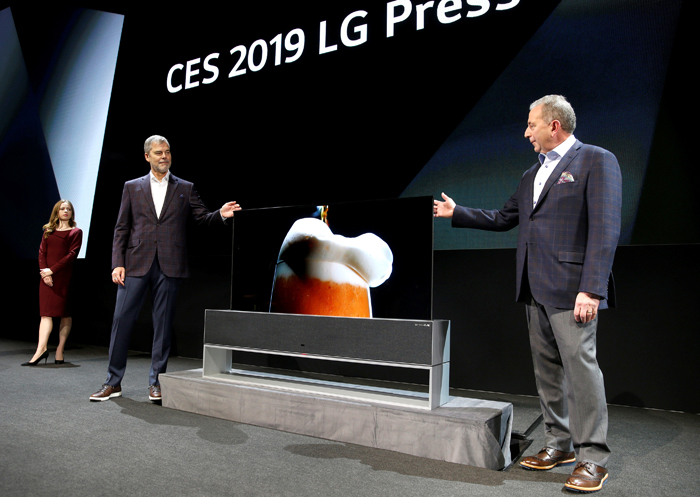 In their demonstration on Monday, representatives explained several features with the OLED TV R. First, similar to LG’s newest OLED TVs, the OLED TV R will have Google Assistant, Amazon Alexa, and Apple AirPlay capabilities. Of course, the screen will be crystal clear – arguably one of the best-looking in the field. Additionally, the base that the rollable TV ‘disappears’ into, also acts as a sound bar in case you only want to play music. With the TV folding into such a small base, think of how easy transporting it from room to room would be!

“It brings freedom of design to a space, without the limitations of a wall.”  – David VanderWaal

What are your thoughts on LG’s OLED TV R? Is it practical, or is a rollable television just not necessary? If you’re interested in purchasing one, start saving up because this TV will be expensive!