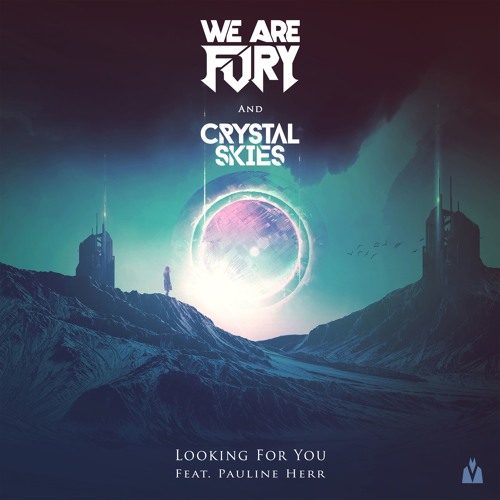 WE ARE FURY & Crystal Skies – Looking For You

The Vancouver duo WE HAVE FURY released a new song called ‘Looking For You’. It’s their first release in six months and it’s fantastic. The song is a collaboration with Crystal Skies and features vocals from Pauline Herr. Ekali did the mastering.

With an arena sound, this song is meant to be played on a big stage. The opening feels like a spotlight turning on illuminating the darkness. As the song goes on, we see more and more of the scene. It feels as if Herr is crying out to this emptiness.

It really is a song about searching. And though it has a fairly upbeat feeling with the drumbeats and synths, it’s quite lonely.

The reverb effect on the vocals adds to the feeling of this vast emptiness. The sound only feels like it fills up the room at the very end when the vocals die out and everything is very mechanical and electronic. At that point, it feels like admitting defeat. She was looking for you, but no more.

“I still feel the pain…” the last words echo through the remainder of the song, but the shift in tone has made it clear that it’s hopeless.

WE ARE FURY have much more planned to release this year, and after hearing this song, it’s exciting to see what they’ll be giving us next.

WE ARE FURY & Crystal Skies – Looking For You