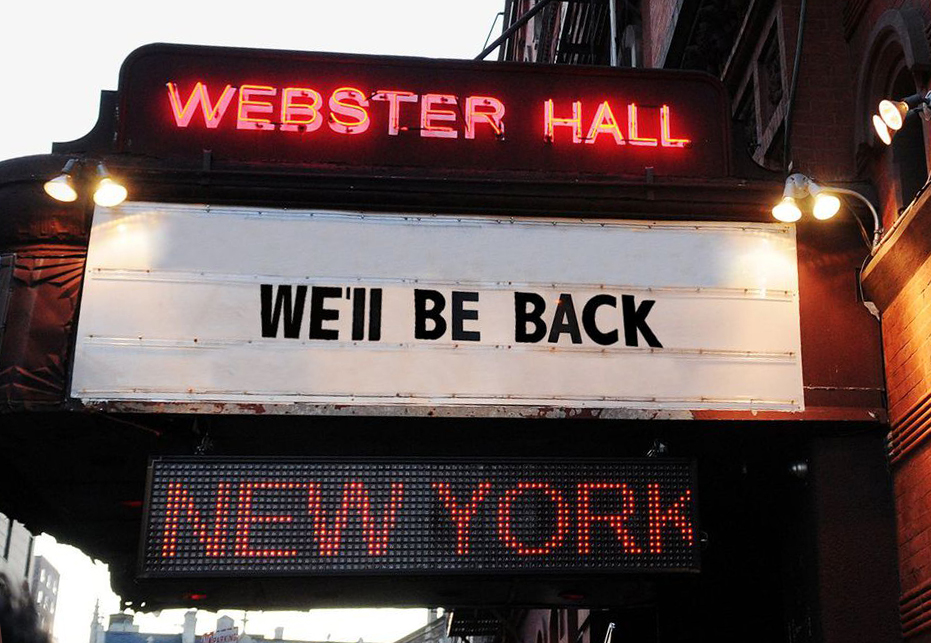 New Yorkers have all been feeling a little empty ever since Webster Hall closed its doors mid-2017 for a major reconstruction. Anyone who had previously stepped foot in Webster Hall can’t deny that it needed a little fixing up. However, it was home and many of our beloved artists performed there on a weekly. Well the good news is—the wait is finally coming to an end! As a New Year celebration, Webster Hall posted a tease on Twitter of their return in 2019. This comes as a pleasant surprise as they initially planned to be out of commission until 2020.

Built in 1886, Webster Hall is designated as a New York City landmark and has served as an event space since 1992. Management switched over to Brooklyn Sports Entertainment, a unit of Anschutz Entertainment Group (AEG), shortly before announcing its temporary closure. Facilitating three separate concert rooms in this establishment, Webster Hall was rated in 2016, in terms of ticket sales, the number one club venue in New York City, and third in the world. This institution has hosted music events of all genres. From Metallica to the likes of Skrillex, Andrew Rayel, and Alan Walker—to name a few—it was truly the place to be to catch your favorite music acts.

Losing iconic event spaces one by one with the start of Pacha NYC in 2016, followed by more recent closures, Output, and Cielo, New York really needed Webster Hall to come back and save the day. Although the updated space, tentatively called ‘Spectrum Hall’, may be strictly a concert and sports facility, a confirmation for future rosters is still needed.

No announcement regarding the official opening date is out yet, but we will all be keeping our eyes open for more details. What an amazing ring into the New Year for us all! 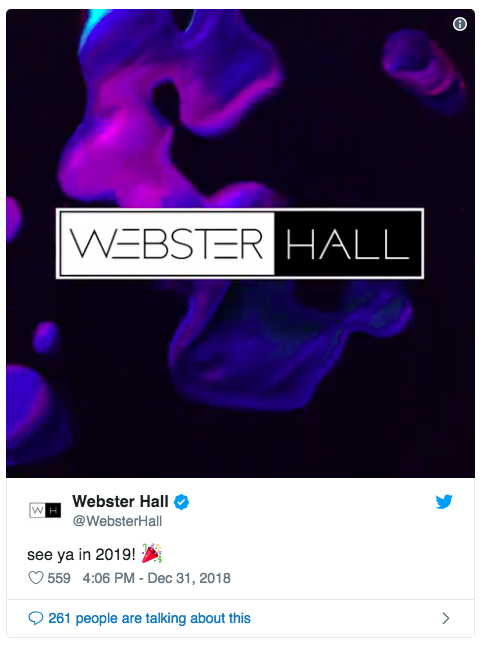