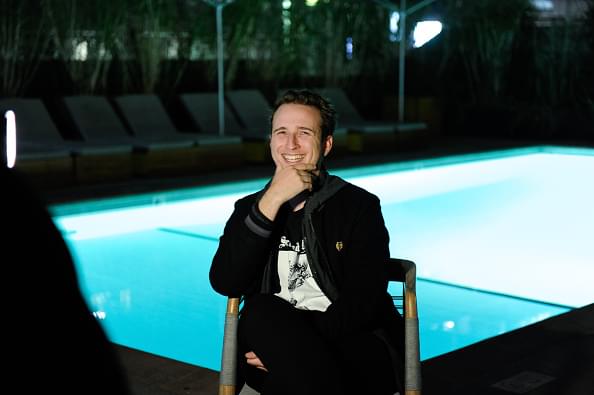 RL Grime just took some time to answer some fan questions on a Reddit AMA a week after launching his record label, Sable Valley.  In tandem with the launch, he released a single with Graves titled ‘Arcus.‘  Throughout the AMA, RL Grime hinted towards what people can expect from his label, looked back at previous releases, talked about collaborations, and more. Here are some highlights from the AMA!

1. The label is designed for sharing music RL Grime loves

Reddit: What kind of music/vision are you and your team trying to cultivate for Sable Valley? How are you guys trying to stand apart from other “artist started/run” labels?

RL Grime: there isnt necessarily a specific sound or genre, but im going to be signing and supporting music that speaks to me. I think if youve been to my shows, listened to my mixes, or ever talked to me about music, you know that my taste is all over. obviously i love huge cinematic bass heavy dance music, but i dont want to put it in a box like that. it really could be anything (breakbeat, techno, hardcore, whatever) .. at the end of the day its just about records that i really connect with and would be excited to play in my sets.

R: I think I speak for everyone here when I ask, will you ever release your collab with Mr. Carmack?

RL G: to be totally honest i dont even remember what that sounds like. i think it was a demo we made years ago that he played a few times in his sets. ill hit him up and see what the deal is with it

3. RL Grime is starting to build a community

r: My question is: I got an email saying I was ‘accepted’ into Sable Valley. Does this mean I’ll get to release with the label? Or is it going to be like some sort of producer group or something?

RL G: the acceptance letter was not me signing anybody. it’s a way for me to begin to build the community that is going to be core (lol) to this label. we’re still figuring out how best we can involve people, but this is something that’s going to be a huge part of Sable Valley. for example, members will have early access to sable valley tours, music, merch etc.

R: What can we expect from you and Sable Valley this year in terms of releases?

RL G: already have a few releases lined up for the year.. i really want to put out as much music as i possibly can, but obviously i want be hands on with every release, and im very specific about the things i support.

R: Saw you and young Wheaty hitting the studio. How was it working with him ?

RL G: whethan is a beast ! such a nice guy and a wizard on ableton. very excited to work more with him

R: In this day and age, what are your views on artists having production teams that they oversee to make a final product i.e bassnectar, excision, diplo, etc. Do you feel this takes away from the artist in any way or is this the reality of modern music where touring is much more lucrative than spending a bunch of time creating music.

RL G: this is a great question. at the end of the day, i think its important to have your ideas come through on music that has your name on it. i think collaboration, and working with producers is a very legitimate part of the creative process, and can often help facilitate ideas that are better than the sum of its parts. i’ve found that its most important that you connect with WHO you are working with .. all my favorite collaborations started organically, with a friendship.

as for the second part of the question, its tough because the more you tour, the less time you have being at home, in a comfortable space, making music … and as you grow, the expectations grow along with you. I think personally how I have dealt with this is making sure to take chunks of time out of my touring schedule to focus on creating

7. The circumstances which created ‘Amphibian’

R: Amphibian is one of my favorite songs of ANY kind, do you have any memories about making it? And would you be open to bringing it back in your sets?

RL G: i like that you asked about amphibian, because I often still find myself looking back at that moment where I was making that specific song.. i remember being stoned on my couch in new york in my tiny apartment with the window open with my headphones on and the sun was coming through and I remember feeling very warm and writing that song. its probably one of the most vivid memories I have of making anything. as for bringing it back to my sets, unlikely, unless I were to rework it, because i hate the mixdown

8. He knows exactly what he wants to do after gaining perspective

R: How are you feeling about the RL Grime project? I know you started with Clockwork and then moved to RL Grime. Do you see another project in the future? And if so, what type of music do you think you would produce under the new alias?

RL G: to be honest, i’m feeling more inspired about the RL project, and music at large, than i have been in a long time. after putting out NOVA i feel like i gained some much needed perspective. in retrospect, the NOVA album process was pretty grueling, i worked with so many people and heard so many different opinions that would affect my choices. i’m so grateful to have gone through that process because I feel like now more than ever I have an understanding of exactly what I like and what I want to make. and now, especially with Sable Valley, i feel like i can pursue EXACTLY what i want to be doing on my own terms.