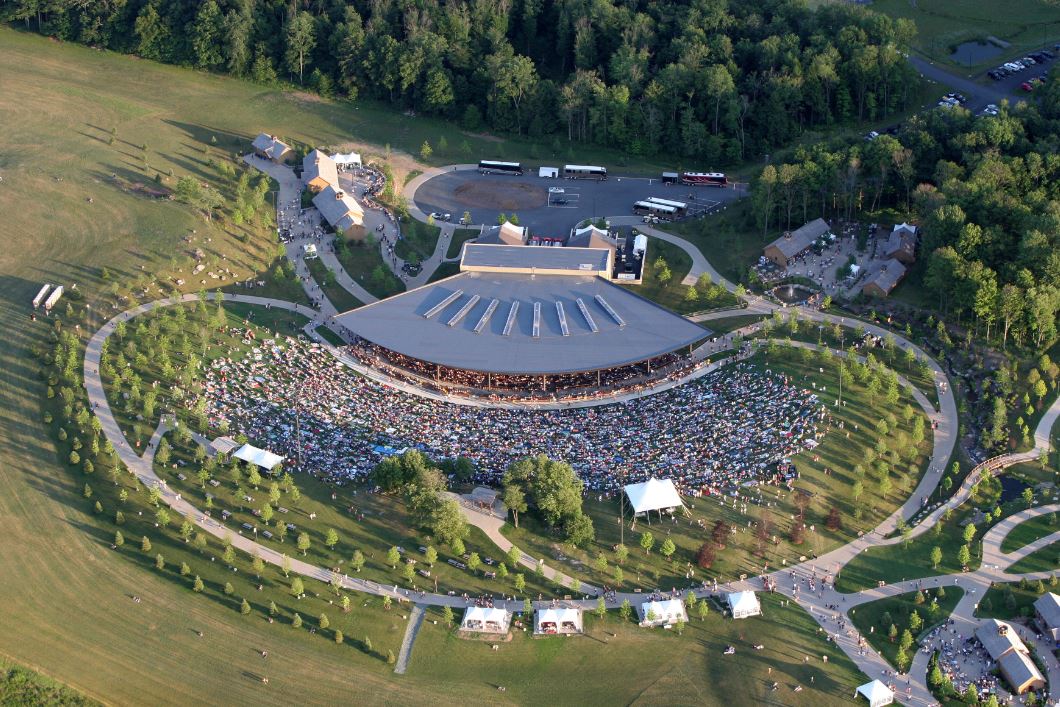 In celebration of the 50th anniversary of Woodstock, a number of festivals have come forward to commemorate this momentous year. Bethel Woods Music and Cultural Festival was one of the first to claim a celebration date. After initially being advertised as one big event, this festival will now occur as three separate events over the span of three days and will now be a part of the venue’s A Season of Song & Celebration.

A Season of Song & Celebration will consist of year-round exhibits and events to celebrate the historic Woodstock Festival’s golden anniversary—one of which will be Bethel Woods Music and Cultural Festival, now simply currently dubbed under ‘Anniversary Week’. Adding to the changes, media agency, INVNT, will no longer be participating in this festival’s planning. Instead, these programs will continue under the lead organizers of Bethel Woods and Live Nation.

As a disclaimer, interested event-goers are reminded that the Bethel Woods Music and Cultural Festival is not produced, sponsored by, or affiliated with Woodstock Ventures LC, the organizer of the 1969 festival. This event is produced mainly as a celebration to commemorate the 50th anniversary.

Festivities will start March 30th with the reopening of the museum, while Anniversary Week will commence August 15th. Ticketing information is still not yet available, but check down below for a more detailed listing of what August 15-18th will entail! We’ll keep you updated on more information as soon as it’s released, so stay tuned! 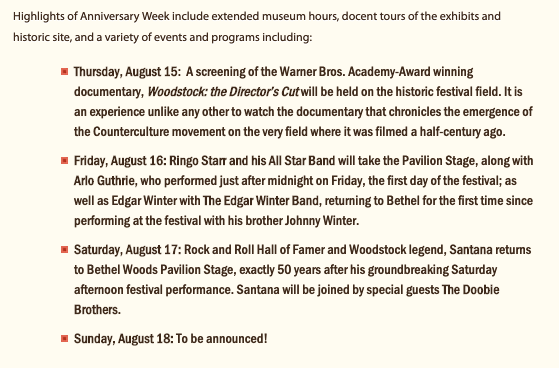