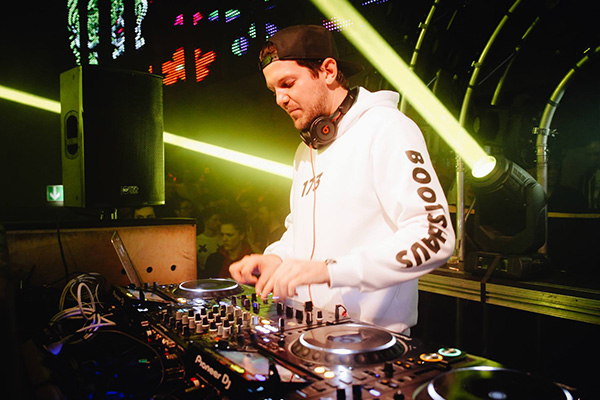 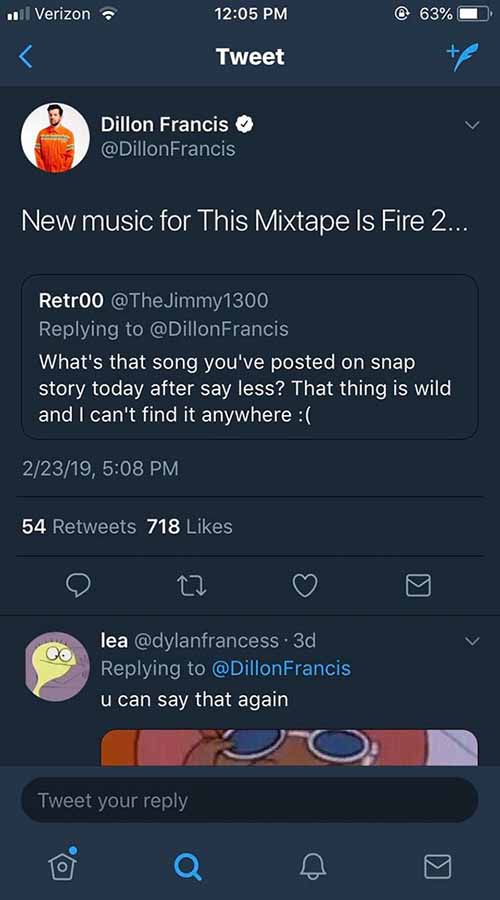 On a Reddit stream underneath the photo, one fan went on to hilariously suggest that in regards to the name, Dillon “could’ve put ‘This Mixtape Is Fire Too'”. Allegedly, this particular fan tweeted this idea to Dillon Francis, who liked the tweet, and then removed the like. Click here to see the full Reddit stream.

Dillon Francis is known for his charismatic presence, both on stage and in person. He delivers a comedic, yet professional demeanor, while continuing to produce extremely popular music. Check out his Instagram account to see what I am talking about.

Most recently, Dillon Francis has released ‘EDM O’ CLOCK’, as well as an epic collaboration with DJ and producer Alison Wonderland called ‘Lost My Mind’. Stay tuned for more announcements about this upcoming album, and in the meantime, check out This Mixtape Is Fire!

This Mixtape Is Fire – Dillon Francis