Last year event producer Live Nation pulled the plug on the Sasquatch! Music Festival, leaving many in the dark. Well now we have news of a new festival taking place at The Gorge as a replacement! End of the Rainbow will happen Memorial Day weekend with two Bassnectar headlining sets to boot!

The lineup that Live Nation put together for this event is definitely impressive. With tons of other diverse festivals occurring on Memorial Day weekend, EOTR managed to curate a solid set of performances. With GRiZ,  Santigold, STS9, Run DMT, and Lil Uzi Vert on the list, there’s something for almost everyone.

Check out the full lineup on the event poster below! Tickets for End of the Rainbow go on sale Friday February 15th. If you’re one of those people who knows this is the festival for you, grab your tickets early! The Gorge is an amazing venue and with this lineup the tickets won’t last long! We’ll see you on the dance floor! 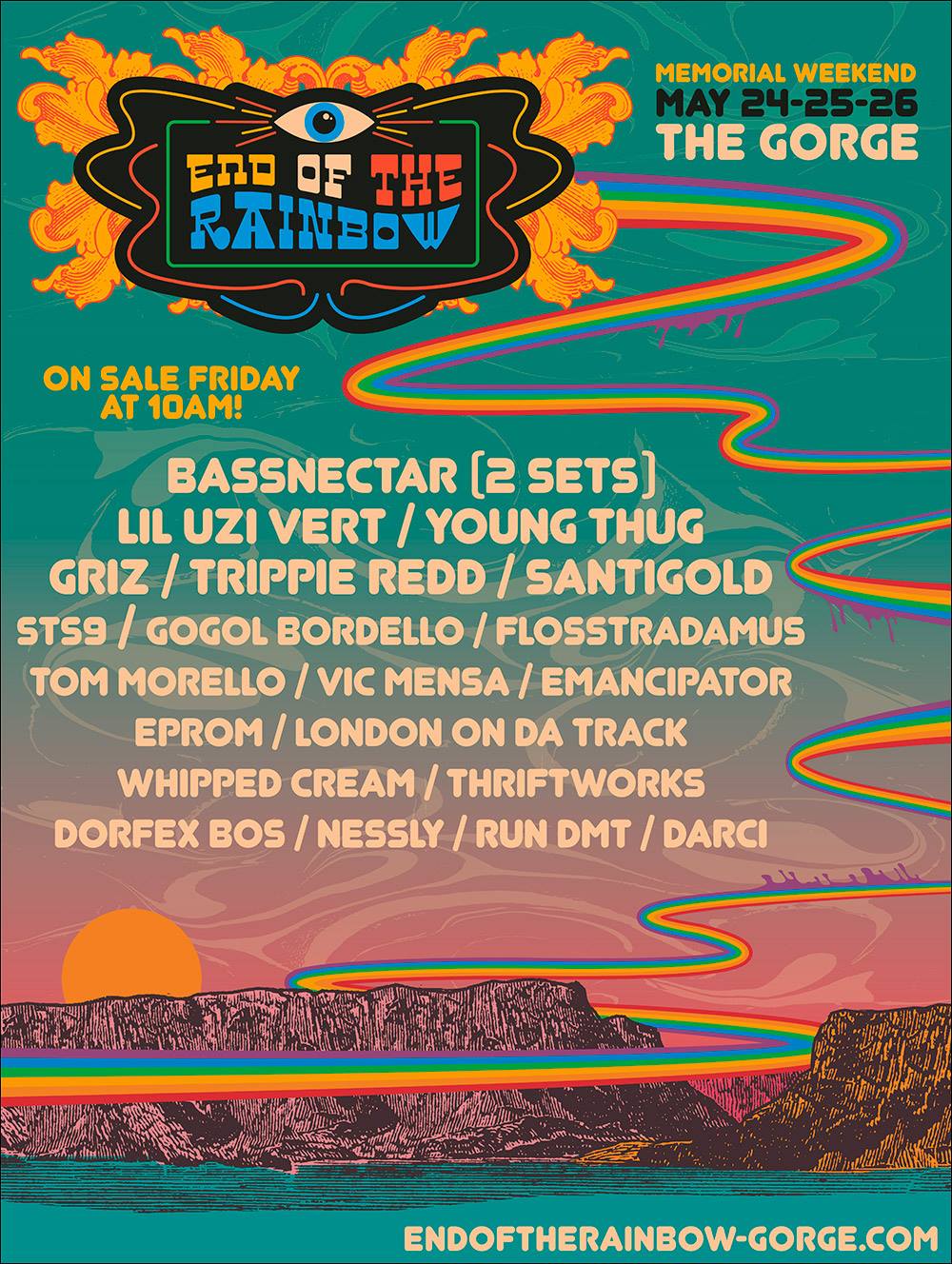