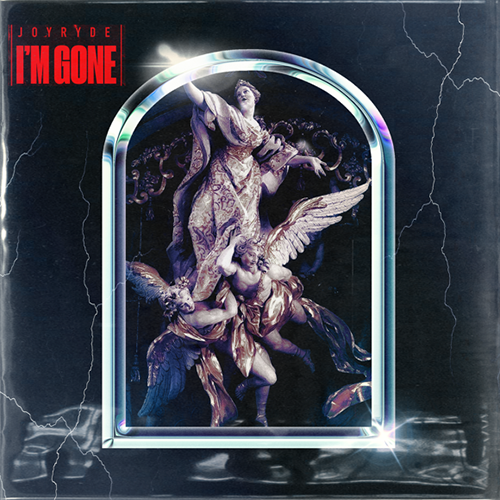 JOYRYDE just dropped his new track ‘IM GONE’ under the official launch of the HARD Recs label. This track provides a small taste of what to expect from his upcoming LP. It feels like we have been waiting an eternity for this release, but it was completely worth it. JOYRYDE announced his single in a teaser post just a few days prior to this official release.

‘IM GONE’ begins with a fast tempo and hoppy dance feel; a classic JOYRYDE sound. Two minutes in, the track takes a darker, more intense turn. The combination of piano and guitar chords alongside powerful lyrics creates a special sound for this personal track. JOYRIDE has spoken about the backstory of this track, and its intense nature. He says, “I started it while recovering from back surgery on maximum strength opioid pills. Some parts I don’t remember writing. On those days, I realized what it was like to feel my mental health slipping.” He goes on to say,

I’M GRATEFUL TO HAVE MUSIC AND JOYRYDE IN MY LIFE BECAUSE THAT’S WHAT PULLED ME BACK INTO THE STRONGEST VERSION OF MYSELF I HAVE EVER BEEN. WHEN I SAW THE LIGHT AT THE END OF THE RECOVERY, IT FORCED THE REST OF THE ALBUM OUT OF ME. I’VE NEVER BEEN MORE ATTACHED TO SOMETHING THAT WASN’T ALIVE.

‘IM GONE’ is so much more than just a track – it is a journey towards recovery and light in the aftermath of darkness. As a result of his pain, JOYRYDE was able to craft something incredibly alluring.

HARD Recs is the newest branch of Insomniac Music Group, and it has stated that its mission is to support HARD’s knack for discovering new artists across multiple genres. JOYRYDE’s sound provides a legendary meshing of the house and bass music genres. In addition, he consistently delivers incredible live, interactive performances for his fans. His style fits incredibly well under HARD Recs, and this will surely be the first of many releases with this label. HARD’s events are known to have incredibly diverse lineups, which has brought immense success and opportunity. Founder and creator of Insomniac Pasquale Rotella stated, “I’m excited for the roster of exceptional talent we’ll be curating for HARD Recs, and JOYRYDE is the perfect person to kick things off.” We are stoked to see the progression of HARD Recs and will be waiting patiently for the official release of JOYRYDE’s LP.

Cheers to JOYRYDE and HARD Recs for this dope release.