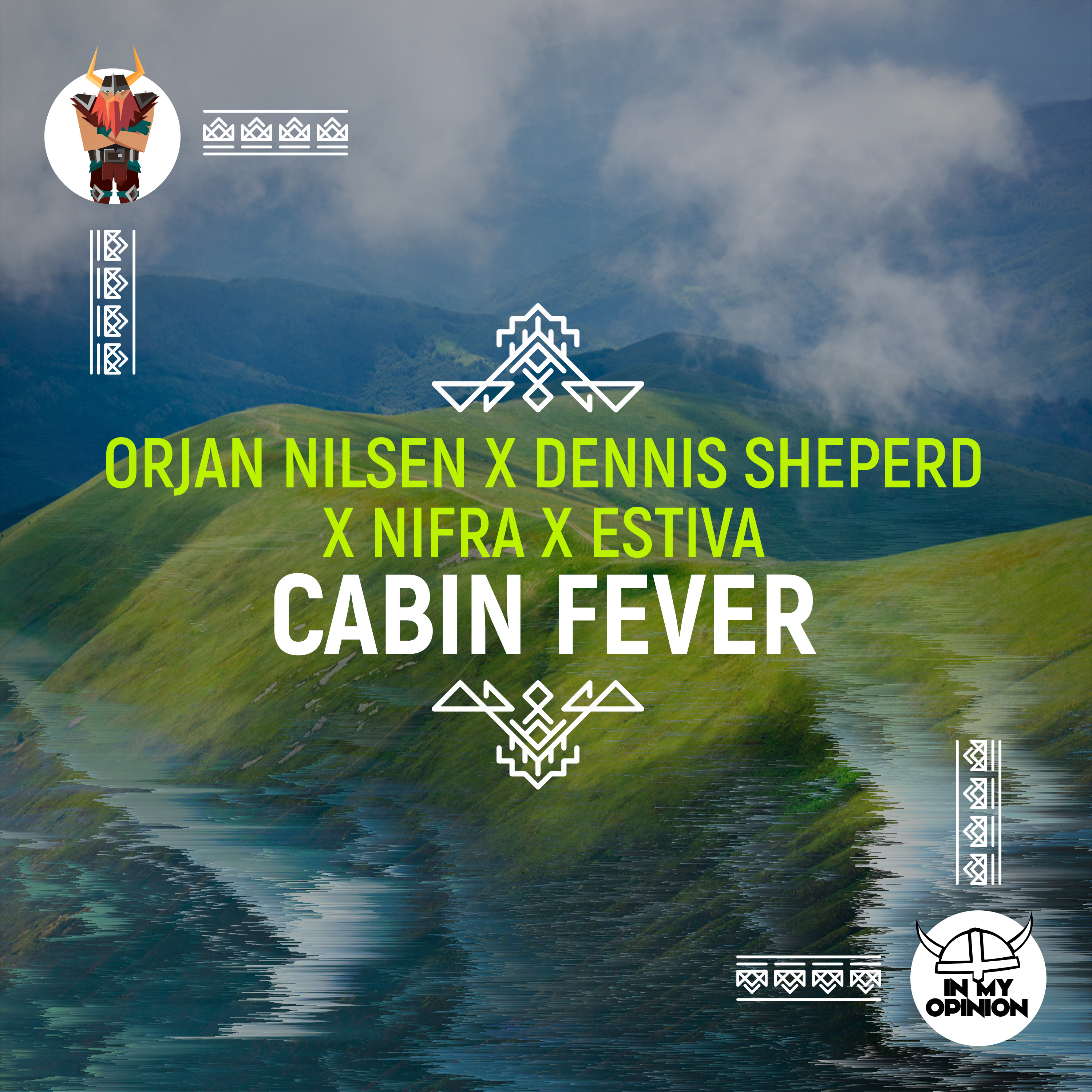 A combination of four progressive trance powerhouses working together on a track is bound to be head-turning isn’t it? Well, it most definitely is & Ørjan Nilsen, Dennis Sheperd, Nifra & Estiva prove just that with “Cabin Fever”.

The four of them met at “Trance Retreat Bulgaria”, where while teaching fans from different parts of the world how to make electronic music, Ørjan Nilsen, Dennis Sheperd, Nifra and Estiva found themselves (in a completely unexpected move) collaborating on what is set to be one of the biggest progressive collaborations of 2019. Thus “Cabin Fever” was born, which sees its release on Armada Music sub-label “In My Opinion”. The release also features an additional club mix from label boss Ørjan Nilsen himself.

The track itself sees the producers fuse & mix their own individual styles into something truly amazing. From the get-go, the track checks all the boxes for a soulful progressive trance anthem. A euphoric melody coupled with groovy pulsating bass & a soft but definitive build up make ‘Cabin Fever’ nothing short of a dance floor heater. I’d definitely attest to their sheer talent & drive considering the track was produced, finished (and even debuted to the students of Trance Retreat) in only a matter of a few hours. Speaking about the track they said:

“When we joined Trance Retreat as instructors to teach our craft, we didn’t know we’d end up jamming together. We inspired each other endlessly, fed on the beauty of the Bulgarian mountains and the motivation and passions of our students, and came up with a track called ‘Cabin Fever’”

The track has now become a staple in all of their sets. These various outings of the track has had people speculate on whose ID it might be. Though I’m guessing no one could have expected a collaboration like this.

‘Cabin Fever’ looks all set on the course to become the defining track for progressive trance in 2019. But one thing is for sure this might just be the biggest surprise of the year (unless Daft Punk announces a tour or something).