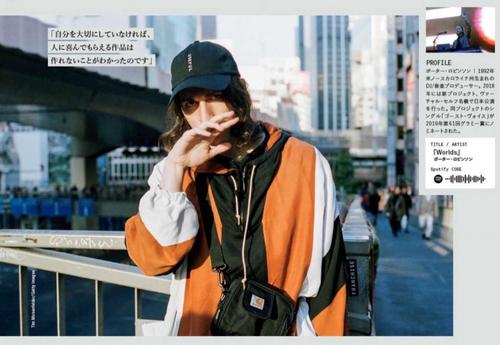 “I’m planning a new project.”  A highlight from Porter Robinson‘s GQ Japan‘s upcoming March edition.  This comes on the heels of Porter’s Grammy Award nomination for his Virtual Self track, ‘Ghost Voices.‘  The artist’s last release was ‘Angel Voices’ under his Virtual Self Moniker.  That comes in contrast to his collaboration with Madeon, ‘Shelter’  under his original name.  Fans are looking forward to what Porter plans on doing next!his

In GQ Japan’s March issue, Porter Robinson appears to be discussing matters pertaining to creativity and mental health.  He mentions having to look after himself and staying true to his ideals, believing that self neglect will hinder his ability to create music people can enjoy.  For the time being, Porter remarks on making music and enjoying it, not feeling pressure like he used to, trying to live as a human being while creating.

Porter is performing a sold out Extended Clubsystem set as ‘Virtual Self’ in 1720, Los Angeles, on Wednesday, February 8.  He also took to Twitter specifying buying 100 tickets for fans, as the show sold out quickly!