London’s iconic dance music venue fabric unveiled plans for its 20th-anniversary earlier this year. This was after a three-day ‘blackout’ which included boarding up the club and removing all social media. So far Lee Burridge & Bonobo have graced the decks of the Farringdon club for the 20th-anniversary celebration dubbed fabric XX. Coming up next on the roster is Tale Of Us with an absolutely monstrous 10 Hour long DJ set.

The Italian duo has been an integral part of fabric history throughout their careers. From their debut in ‘Room Three’ in 2011 to curating last year’s fabric 97 mix compilation, Tale has been part of fabric’s musical DNA and heritage for the better part of 10 years now.

Now (rather fittingly), they return to ‘Room One’ for a behemoth 10-hour long Sunday daytime marathon. So if you happen to be in London on the 24th of March you know what to do. Grab a ticket here and prepare yourself for a once in a lifetime experience.

And if you can’t make it to this one don’t worry. The fabric XX series will be happening throughout the entire year with this performance being a part of ‘Phase 01’ with much more to come. Keep an eye on their website & socials for further announcements. 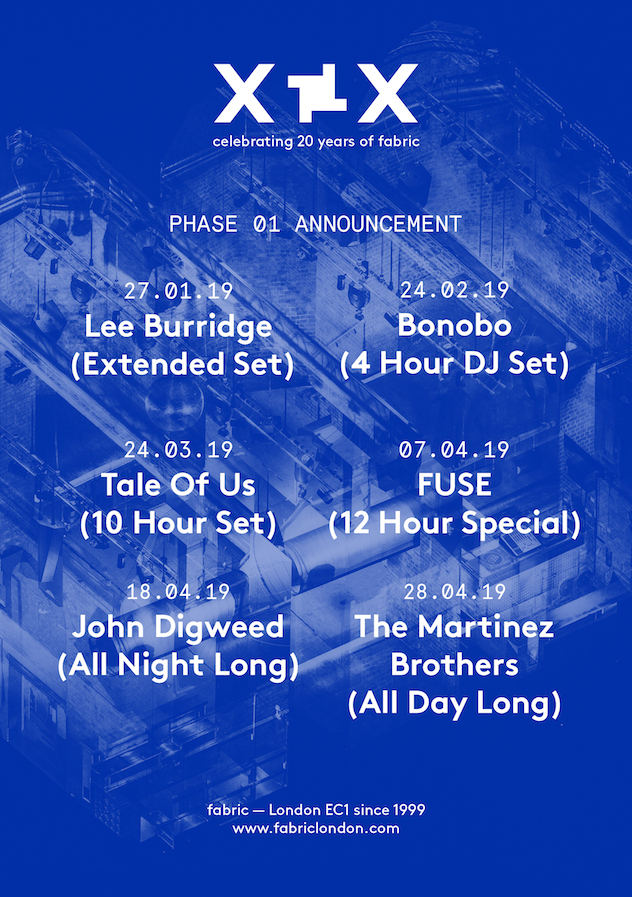