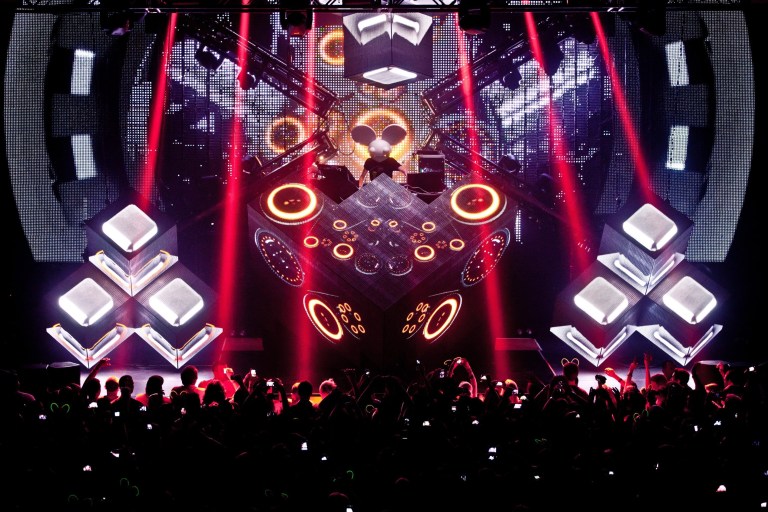 Deadmau5 was live from Belly Up in Aspen, CO on Tuesday rocking the latest Cube. It’s actually NOT Cube 3.0 (which debuts at Ultra) but its the Other Cube, which is smaller and designed for touring. Fans are locking down their tickets for a chance to see the ground-breaking setup in their town. Even the Mau5 himself has been a little bit giddy, like a kid with a new toy. He even mixed up the dates of his Colorado set as a result. He took to Reddit to express his confusion.

Around 9 pm, Deadmau5 was gearing to be on stage for his set with Rinzen. Or, so he thought. The dates of the show aren’t consecutive being, 2/26 and 2/28. This is rather unusual so it’s easy to see why he may have gotten things mixed up. On top of that, he had just come off of what he described as a sick show. He was able to do a full test drive of Cube 3.0 including his Microsoft Surface custom control software. Sounds like everything will be dialed in perfectly by the time he makes it to Ultra Music Festival.

Because of Cube 3.0 and other distractions, like playing Breath of the Wild all night, he forgot show two is tonight. He even hilariously skipped out on spending the day in Aspen with his girlfriend Kelly in favor of fine-tuning his set. All of this led up to an expected call from his manager for show time which, needless to say, never came. He describes the confusion in this passage:

So, around 10 pm last night he went to Reddit to vent his frustrations which gave us this glorious post. In any event, it sounds like Deadmau5 is 100% locked in on delivering a phenomenal Cube 3.0 set for his fans. That is great news no matter which day he’ll actually be in your town.

Grab your tickets to Deadmau5′ next show here!