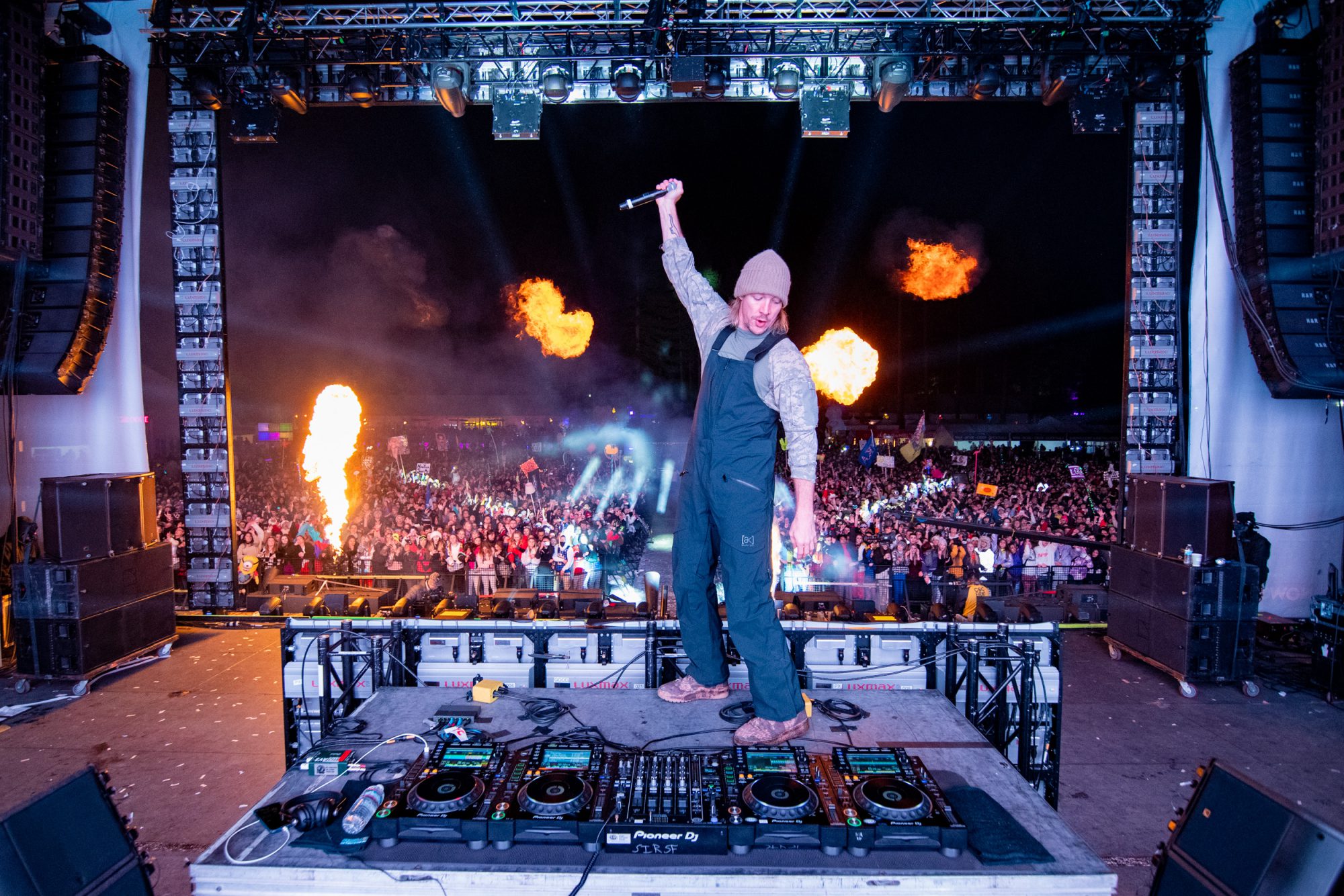 Mad Decent Block Party is potentially on its way back! Diplo founded the Mad Decent record label in 2006 and shortly after in 2008, he formed an annual festival that would travel all over the country. What started out in Philadelphia would expand to multiple cities and even internationally. At its peak, Mad Decent was going to 14 cities around the U.S. Unfortunately, in 2018 the Block Party shrunk down to just one show.

Now Diplo is looking to bring back the “Party” in a massive way. According to reports, Diplo is teaming up with SGE Entertainment to throw “The Super Mega Ultra Giant Mad Decent Block Party Festival.” This is the same company that helps produce Lost Lands and Moonrise.

The festival is looking to take place on July 20-21 at the Brockton Fairgrounds in Massachusetts. However, Diplo has run into some problems. The proposal looked to produce the largest festival the city has ever seen. The initial application rose safety concerns with 37,000 people expected. Now the city wants it to be scaled back.

The festival, if approved, is expected to have Major Lazer and Billie Eilish as its headliners. Performances would begin around noon and have to end at 11 PM. Public officials had this to say about the potential show:

“I never seen anything as big in Brockton…I don’t know if the city can handle all that, to be honest with you.”

Their initial application has been denied and they will now need to lower the number of festival attendees. Diplo and his team were looking to announce a full slate of artists on March 25th but now it looks bleak. The story is still currently developing. Stay tuned to find out if their updated application will be approved.