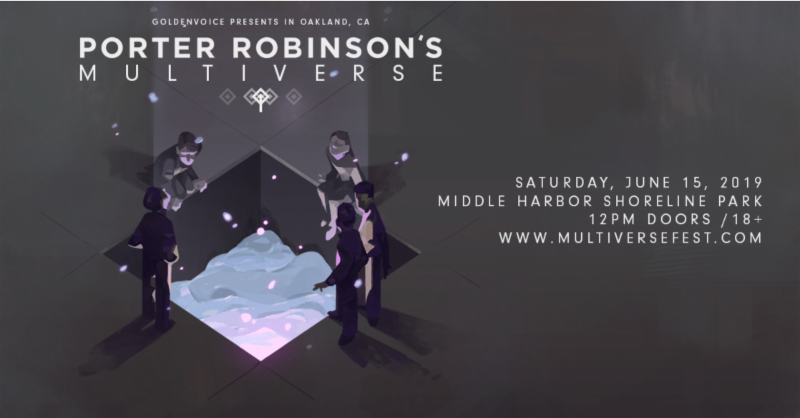 Porter Robinson just took to Twitter to announce his next endeavor. It’s called “Multiverse Music Festival”. The event is curated by Porter and will be presented by Golden Voice.

According to the tweet, Porter and “so many” of his favorite artists are going to be playing. No other acts have been revealed yet, however, the festival’s website promises daily lineup announcements. There’s no telling who will be appearing, so make sure to keep checking back. You can also sign up for pre-sale access. Pre-sale goes live on March 13th at 10 AM PDT.

The announcement also includes a beautiful, dreamy Worlds-inspired teaser trailer, which gives a pretty good indication to exactly what we’ll be getting. And it’s going to be beautiful.

The festival is on June 15th in Oakland, CA. It will surely be an event for the history books. Porter has never let us down before.

Who do you want to see play at Multiverse Music Festival?

a new music festival curated by me & co-presented by goldenvoice