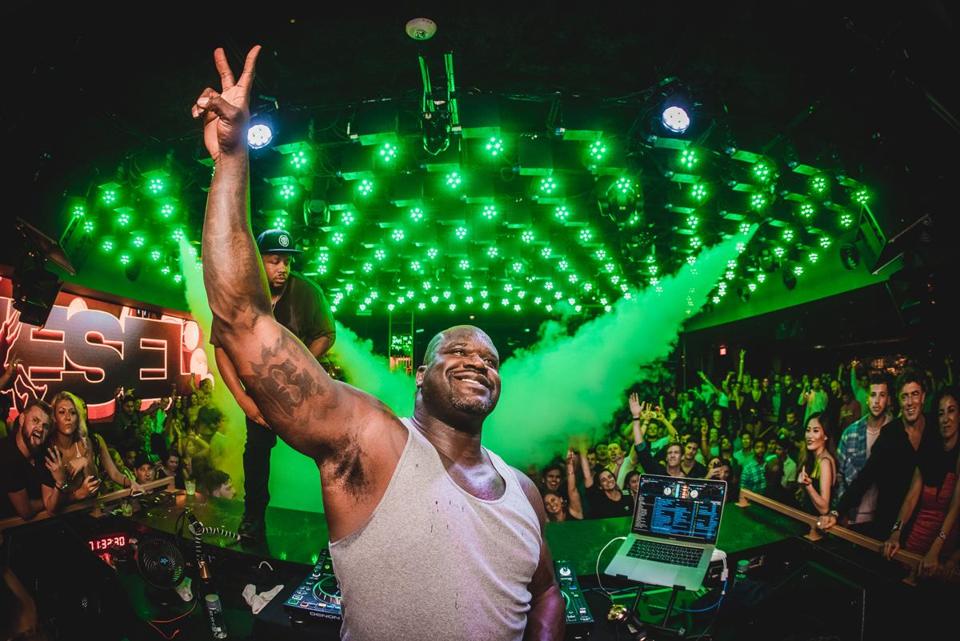 Shaq, AKA DJ Diesel, has been busy with his music career, both including a tour and new music. In an interview, the NBA superstar recently opened up about his time in the music industry and explained his future goals. As you may remember, Shaq turned heads after playing at several large events last year, like a set at Lost Lands. Additionally, he traveled around the world with his popular ‘Summer of Shaq Tour’.

“When I am up on stage in front of 100,000 people at a festival, it’s game 7. The energy is just wild and I get competitive. I need to throw down the best set possible.”

One year later, Shaq is ready to take it to the next level and even has artists in mind to collaborate with.  “I’m working on some music with Diplo at the moment and would love to get in the studio with him and Skrillex soon”, he told Page Six. In the interview, Shaq  commented that he really looked up to Diplo and Skrillex and was serious with his work.

With his athletic background, we know Shaq wants nothing but the best. Combined with his competitive attitude, there’s no telling how far the giant can and will go. When someone says he can’t do something, you know he’s going to prove them wrong. Right now, his production is still in the beginning stages but he’s been spending more time practicing and understanding his style. “I have been spending a lot more time in the studio and just love to mess around making music”.

It would definitely be interesting to see what Diplo, Skrillex, and Shaq could come up with in the studio. In the meantime, Diesel is preparing for his appearance at Shaq’s Fun House during Miami Music Week later this month.